***Very limited number of tickets available at the door***

Our annual celebration of nth-degree beer geekery is back for a fifth round!

Hero Initiative will once again be partnering with us to bring you this year's bottle art in a lithograph signed by the bottle artist Walt Simonson! Lithographs can be purchased for $20 during the event. There will also be a very limited number of previous years' artwork for sale. ALL proceeds go back to comic artists from yesteryear! 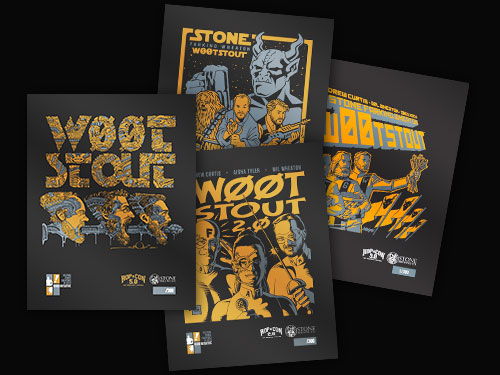 Yes thats right, we are bringing back the top three most popular collaboration creations from previous Hop-Cons!

More information is available at www.hopcade.com

We are excited to announce that Night Flight will be presenting a special showing of Born Again during Hop-Con 5.0 in our movie courtyard!

In addition all Hop-Con attendees will recieve a special promo code after the event redeemable for either a free month or $5 off a full year subscription to Night Flight Plus, the most unique library of nostalgic entertainment in The Night Flight DNA!

"Night Flight represents the golden age of basic cable television. The variety program ran overnight on Fridays and Saturdays on the USA Network, and featured music videos, short films, documentaries, and animation like Bambi Meets Godzilla and Mr. Bill. And with MTV still in its infancy, Night Flight was the place to catch all the coolest punk and New Wave music videos” (AV Club). Join us for Night Flight: Born Again, a special big-screen tribute to what VH1 called “the single greatest rock omnibus program ever aired,” featuring nostalgic jewels from Ozzy Osborne, BB King, Wendy O Williams, Divine, Billy Idol, Johnny Rotten, and Frank Zappa, plus a special tribute to Prince and many more treasures from the archive.

Every festival we turn someone away for not having a valid ID. Don't be that person. BRING YOUR ID!

PLEASE NOTE: We will have plenty of chilled water on hand, so leave your single-use bottles at home.

Our festivals are meant to showcase amazing beers in a jovial setting for likeminded people to enjoy them. We work hard to make each one a positive experience for everyone. Your safety is in everybodys best interest; as such California law prohibits us to serve any obviously intoxicated guests.