Stone 6th Anniversary Porter Comes Back for an Encore

Wouldn’t it be nice if every beer went off without a hitch? We’re going to go ahead and respond with a fast “no.” That would mean we are content with playing it safe. Mishap. Disaster. Stories still talked about fourteen years later (and counting) comes with the challenging yet undeniably rewarding job of experimentation. And we wouldn’t have it any other way. Especially not when “the oak chip fermenter mishap of 2002” turned into this ode to density, viscosity and unbearable opaqueness of being called Stone 6th Anniversary Porter. 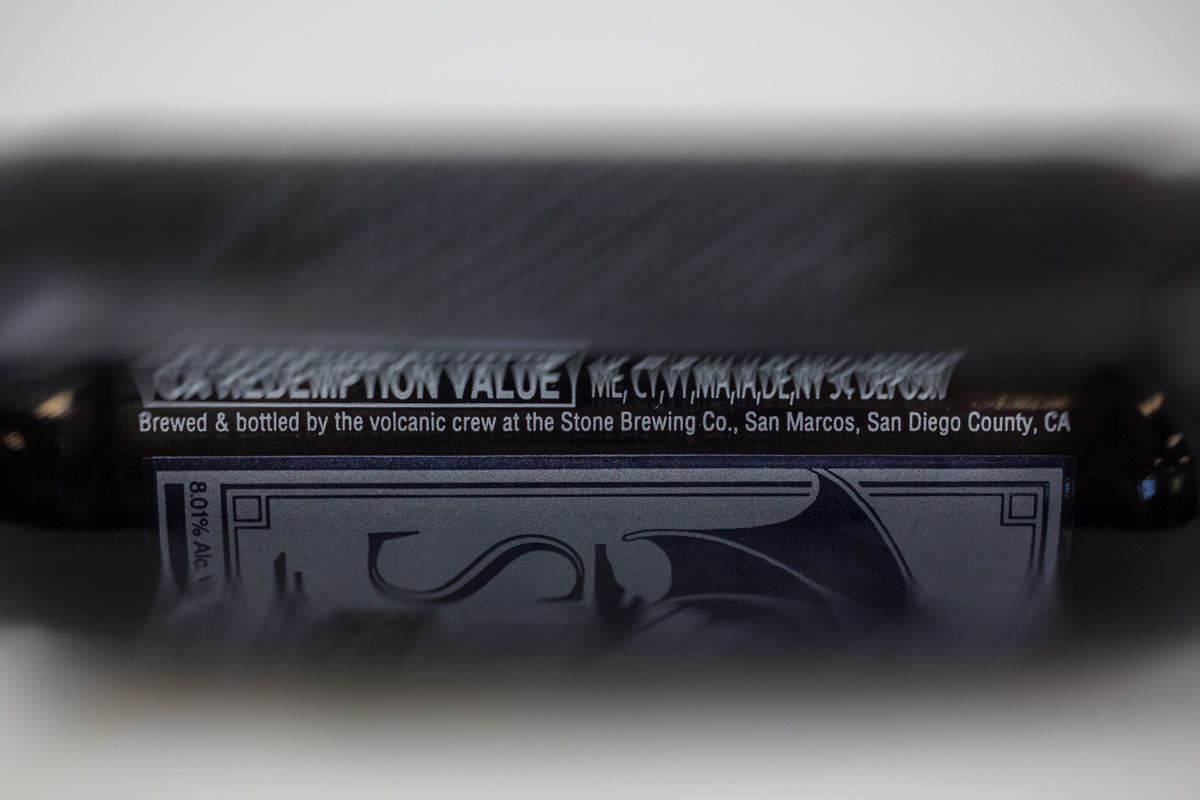 It all started when we realized that, after four years of increasingly intensifying the hop character of our Stone 1st Anniversary IPA (aka Stone IPA), we couldn’t possibly celebrate our anniversary by adding any more hops to the recipe. It seems ludicrous coming from us, but it’s true. Rather than abandoning our “go big” philosophy, we turned our attention towards cranking up our mainstay porter not one…but three notches! More malt, more hops and, the real experimental kicker, the component of French and American oak were introduced to accentuate the smokiness, chocolate and roast coffee flavors along with adding subtle notes of toffee, dried berries and vanilla. To sum up the mishap in a fairly concise sentence, the use of oak chips resulted in this smoky, dark-as-night wonder shooting out of the fermenter like a fire hose—much to the complete shock and scrambling surprise of our brewers. Cold and drenched in malty hop water, we were glad this beer’s fate didn’t entirely empty down the drain, because the remaining porter earned a RateBeer score of 100. This story also unfolds on the new 2016 label, for those of you interested in tasting the beer responsible for this delicious disaster.

“refers to the condition of having an abnormal, extreme, and persistent fear of words”

Adding more to the backstory is the classic 2002 label, which was dubbed a “logophobic nightmare.” At the time, Team Stone was asked to submit words for Stone CEO & co-founder Greg Koch to incorporate into his notoriously verbose back bottle copy. Words like “lurpy” and “Huggy Bear” proved to create such nonsense that, well, this very short-lived anniversary tradition didn’t last a year longer. Consider this label an invitation to identify all the ludicrous offenders.

Unsurprisingly, we released far less of Stone 6th Anniversary Porter than we had planned, making it a very limited release. Which is why we had to brew this fan-favorite recipe again for the Stone 20th Anniversary Encore Series.

“This time around, we made plenty more, without any oak chip disasters, and are excited to give our fans a fresh shot at enjoying this beer,” - Stone President & co-founder Steve Wagner.