The IPA That Launched Generations of Hop Fanatics

Available for delivery online (CA only)

By definition, an India pale ale is hoppier and higher in alcohol than its little brother, pale ale—and we deliver in spades. One of the most well-respected and best-selling IPAs in the country, this golden beauty explodes with tropical, citrusy, piney hop flavors and aromas, all perfectly balanced by a subtle malt character. This crisp, extra hoppy brew is hugely refreshing on a hot day, but will always deliver no matter when you choose to drink it.

What's up with the upside down labels? Good question. The answer is: we Leave No Stone Unturned.

When Stone IPA hit the scene in 1997 as our first anniversary beer, IPAs were strictly in the realm of the extreme beer enthusiast. Our original brewmaster Steve Wagner amplified a British classic by infusing it with extra flavor and character, care of heavy doses of Centennial, Chinook and Columbus hops.

What was first foreign and a bit abrasive to most imbibers’ palates has gone on to become a go-to and refrigerator staple for craft beer drinkers across the nation for the past 15 years. Without Stone IPA, there may never have been a Stone Ruination IPA (or Stone Tenth Anniversary Ruination IPA for that matter), the ahead-of-its-time black IPA Stone Sublimely Self-Righteous Ale, Stone Cali-Belgique IPA or the timely mascot for the drink “fresh beer now” movement, Stone Enjoy By IPA! It’s the hoppy beer that launched a hundred more hoppy and hoppier beers.

For over 20 years, our Gargoyle has stood as a symbol of protection against the evil spirits of modern-day beer, inspiring beer drinkers and artists alike. The Stone IPA Guest Art Series aims to showcase artistic passion (and mad skills) in the medium that we’re most familiar with – a can of the most iconic West Coast-style IPA on the planet.

These designs are just the first six of an ongoing series. They’ll be scattered among classic cans of Stone IPA throughout 6-packs, 12-packs and 24 packs (at the rate of roughly one per six cans), encouraging fans to pick up Stone’s flagship beer and discover these unique works of art. 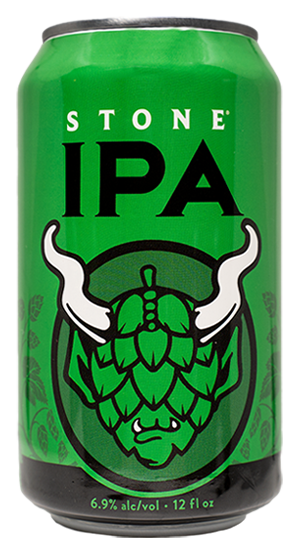 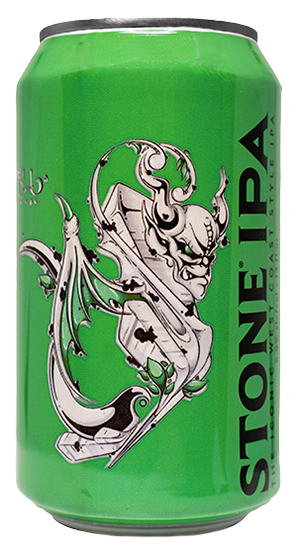 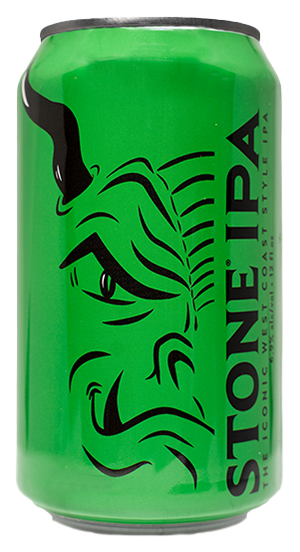 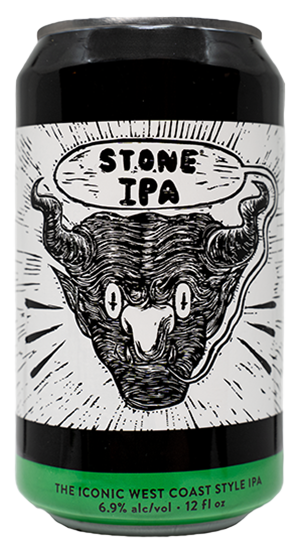 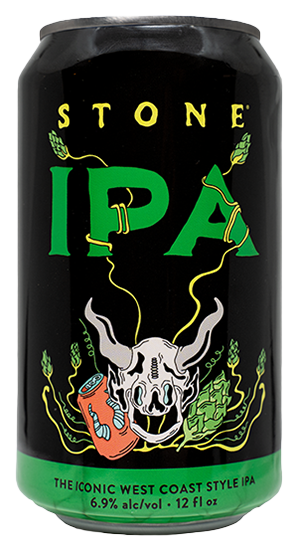 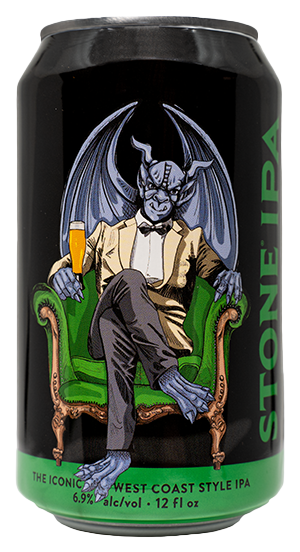 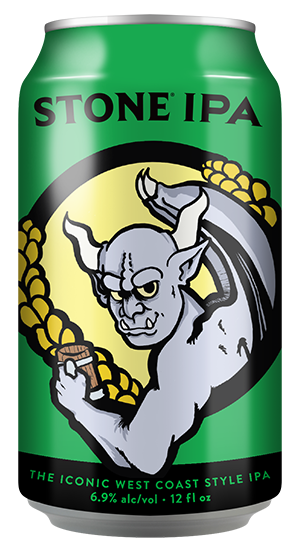 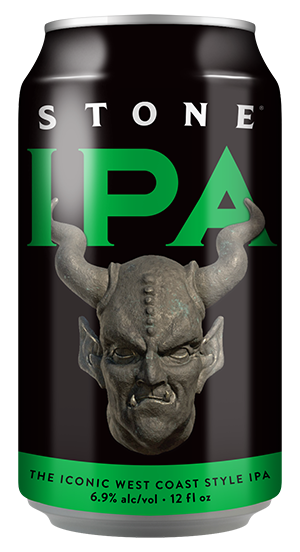 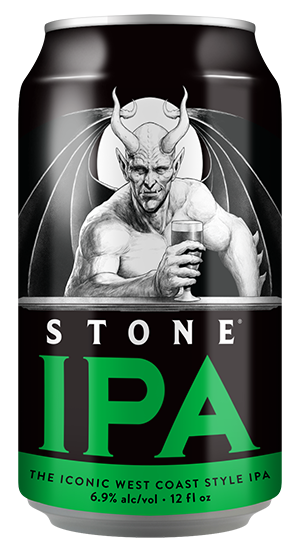 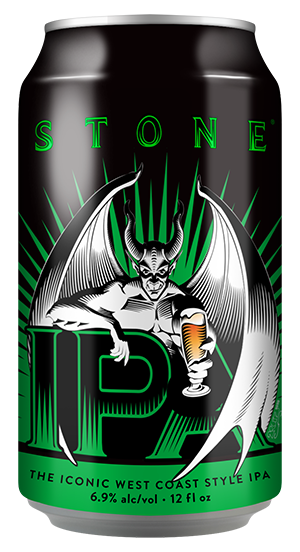 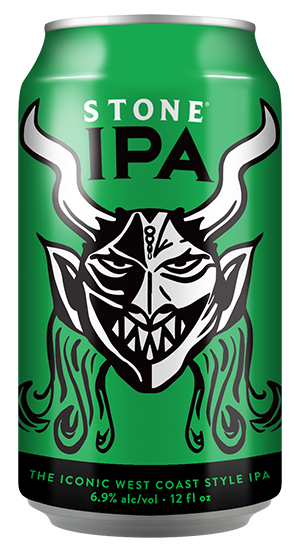 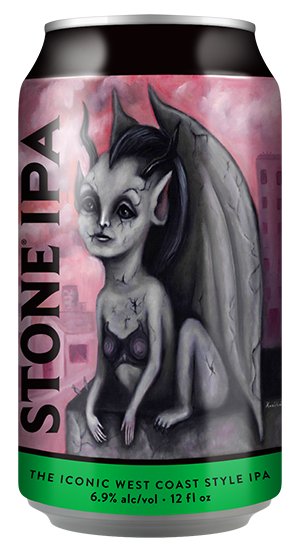 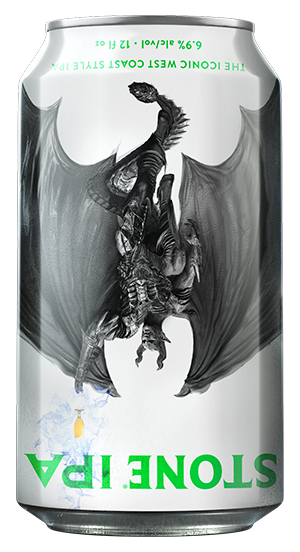 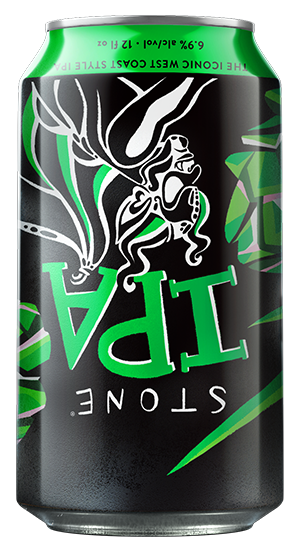 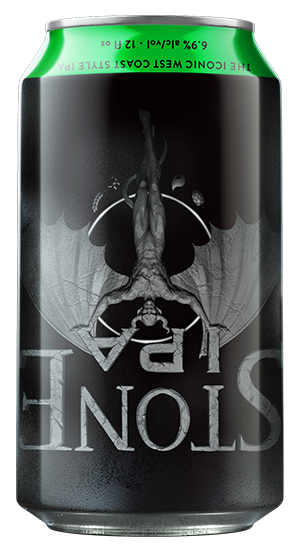