Great American Beer Festival... the name says it all. Heck, I'll go out on a limb and say those four words strung together in that order is darn near poetic. Every year, many of the nation's greatest breweries descend upon Denver for a three-day beer-a-thon, much to the delight of the ecstatic 49,000+ attendees that are lucky enough to nab tickets. Beyond pouring about 36,000 gallons of beer (check out some other cool GABF stats from the Brewers Association), this is also the premier beer judging competition for U.S. brewers. And while we don't always walk away festooned with shiny medals, we ALWAYS have a damn good time. This year was no exception. Though we did get some neat-o awards! Not the traditional Gold/Silver/Bronze our-beer-is-considered-best-of-class-in-this-particular-style kinda medals, but stuff we're definitely proud of nonetheless. (Besides, we already know our beer is delightful. And we'll take a wild guess that you agree since you're taking the time to read this little missive.) First up? Taking 2nd place in the highly respected Alpha King Challenge with our latest batch of the devastatingly fresh Stone Enjoy By IPA. The Alpha King Challenge is put on every year by Hopunion, Brewing News Publications, and Three Floyds Brewing Company, and "a team of brewers and veteran beer writers test the vigor of each year’s hoppy findings and crown a new Alpha King, deeming his beer to be the holy grail of well-balanced and drinkable, yet highly-hopped ales." Out of 168 entries, Mitch and crew proudly took darn-near-top honors, with this year's crown ultimately going to Thai Me Up Restaurant and Brewery's delicious(!) 2x4 Imperial IPA. Kudos to them, and of course to our amazing brewing team for continuing to pump out incredible libations year-round. Our other sweet prize? Getting the GABF Festival Flair Award, recognizing the awesomeness of our booth design! The fact is, we took this year to be a MAJOR overhaul of our festival booth. We splurged a bit and got one of the big endcap spaces that a) let us pour a larger variety of beers for our fans to try, and b) cost us a bit more, but we were glad to pay a few extra pretty pennies to support all the work the Brewers Association puts forth for this great industry we belong to. With that, we went all out on design, and award or not, it paid off. We couldn't have been happier with how it turned out, and all of the awesome Stone fans that rolled by couldn't help but comment on how much it felt like a slice of the Stone Brewing World Bistro & Gardens had come to the GABF. 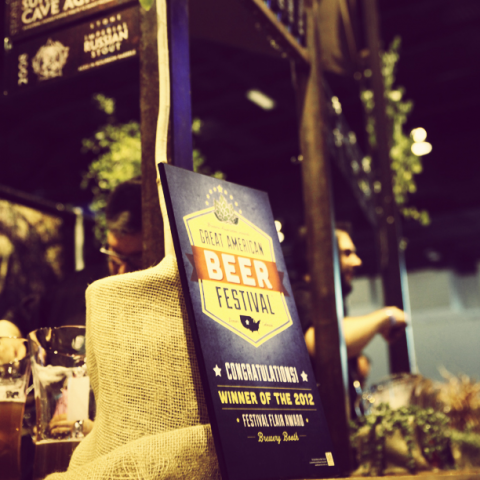 Kudos to the members of Team Stone who worked so hard to bring it to fruition. That's right. Team Stone. No outside trade booth company. This was ALL US. 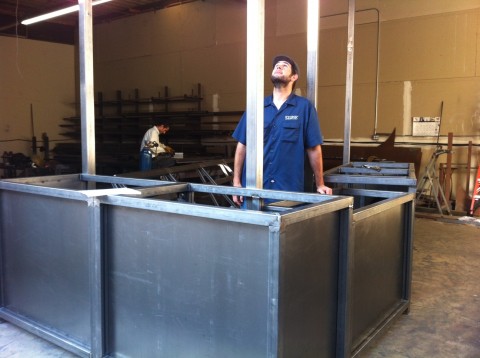 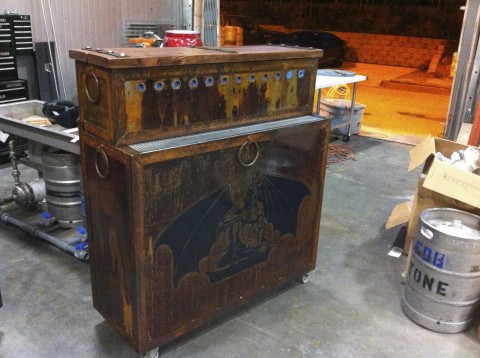 On the design side, Creative Director Mike Palmer and Senior Graphic Artist Stephen Brucher headed up a team including Jade Blessinger, and Todd Colburn, with plenty o' constructive feedback from Greg. For construction/fabrication: Ron Allen, John Beckett, Daniel Branch, Paul Delaurentis, Brandon Holmes, Joshua Lichtman, and Scott Merry were to thank. From there, Lache King, Jim Poer, and Paul Wayling packaged it up ever so carefully so that it would get to Denver safely. Once it arrived, our whole GABF team went to town piecing it together... 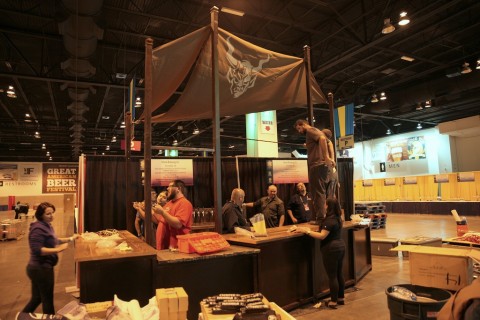 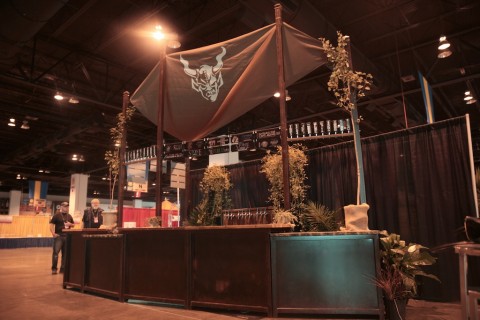 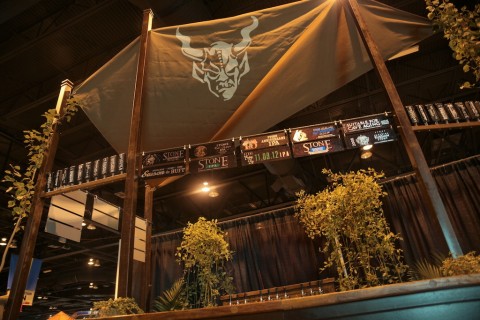 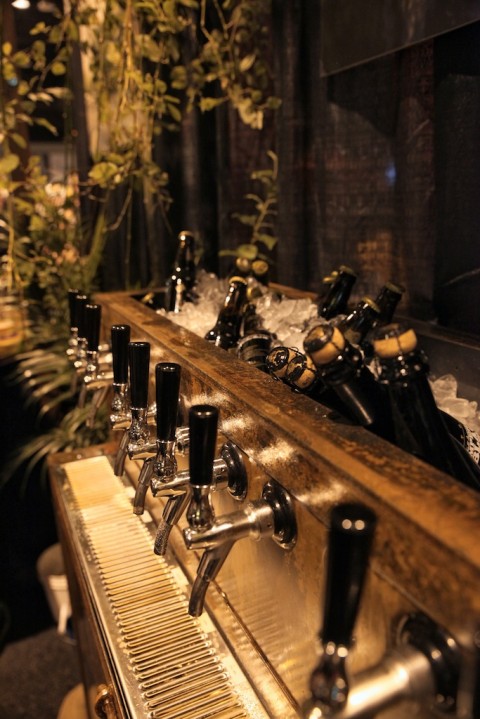 All in all, it was yet another fun and successful GABF excursion. And while we're still recovering a bit from the whirlwind of events and excitement, we can honestly say... we can't wait for next year's. 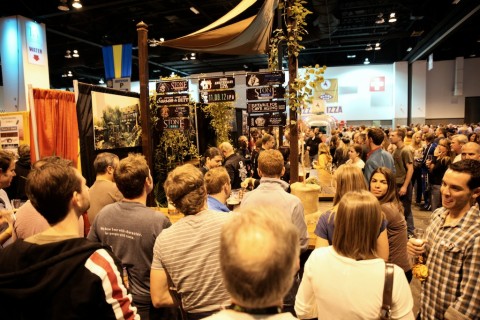 Safe to say folks were pretty stoked on the booth. Or the beers. Or both. 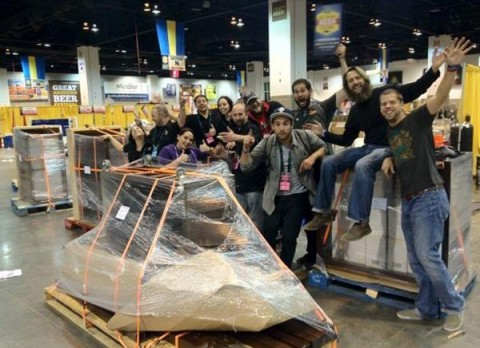