San Diego Beer through the Years

Craft beer is more popular now than it’s ever been. Still, it’s only reached a relatively small segment of the world’s population. Even in our home of San Diego, a county awash with West Coast IPAs and beers spanning all styles, many have yet to understand artisanal brews. That will all change very soon if the San Diego History Center has anything to say about it. Located in the heart of San Diego’s historic Balboa Park, the SDHC recently opened its doors to a new exhibit called Bottled & Kegged: San Diego’s Craft Brew Culture. Billed as the largest exhibit devoted to a region’s brewing history, it offer visitors a comprehensive visage of the last 100 beery (and non-beery) years in San Diego. It’s a tale we, as one of the region’s brewing pioneers, are ecstatic to be a part of. 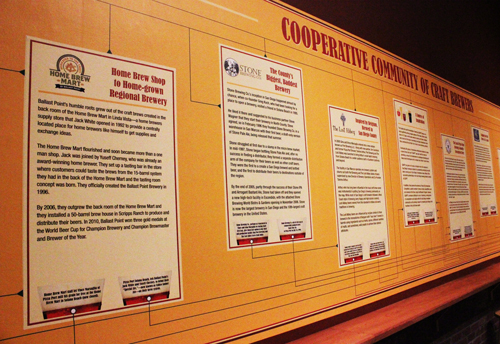 After being contacted by the exhibit’s curator, we jumped onboard and leapt into piles and piles of memorabilia culled from the personal collections of our co-founders Greg Koch and Steve Wagner as well as numerous long-tenured Team Stone employees. One such long-time employee, Community Relations Manager Chris Cochran, spearheaded this mammoth undertaking. We could hardly believe some of the rare and obscure mementos he unearthed, and are thrilled they’ll be on display for both fans and craft newcomers alike to lay eyes on. The following is a partial inventory of some of the items on loan to the SDHC for Bottled & Kegged. 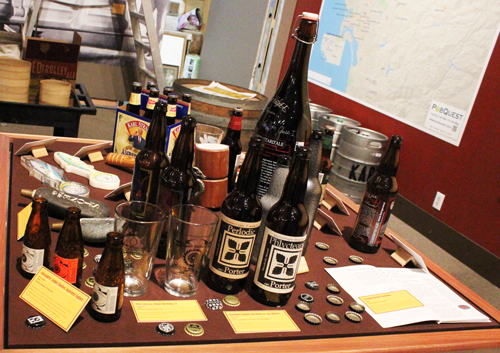 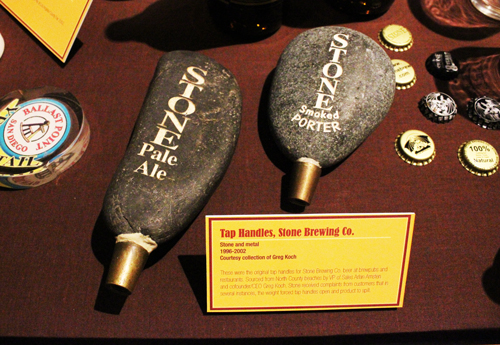 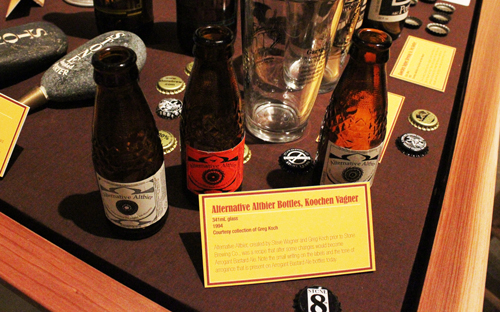 Whew, we almost ran out of bullets for that list. Now consider this—we’re just one of the many breweries contributing pieces of our past to this exhibit. San Diego County is currently home to more than 60 operating brewhouses. All of them are represented at Bottled & Kegged along with now defunct breweries and even operations across the border in Mexico. where beer-seeking San Diegans traveled for suds during the Prohibition era. Some of the elder operations being spotlighted along with Stone are Aztec Brewing Company, Bolt Brewing, San Diego Brewing Company, Ballast Point Brewing & Spirits, AleSmith, and our long-time friends at Pizza Port (the purchasers of our very first keg of Stone Pale Ale). 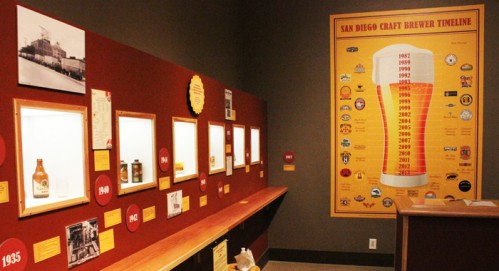 The exhibit includes some really cool features, many of which are quite unique for a museum display. Among them is Ballast Point’s original brewhouse from San Diego’s venerable Home Brew Mart homebrewing supply store and brewery space, artwork dug up from San Diego’s first beer tasting hall at Aztec Brewing and a full-scale, fully operational bar that, during a host of special events held throughout 2013, will be used to serve beer to patrons. Plenty to see and drink. A night at the museum never sounded (or tasted) so good!