Stone is known for its beer and, thanks to the hard work of our staff, some well-stocked craft beer festivals. Names like Oakquinox, Sour Fest, and Pour It Black have become fixtures in the Stone fan lexicon. Each features a triple-digit list of fantastic draft and bottled beers, including rarities only the likes of our Craft Beer Ambassador “Dr.” Bill Sysak has the long-tended industry relationships to procure for festival attendees. From the outside looking in, populating such a list seems easy, but there’s a lot of science and elbow grease to it. We used our newest beer festival, Stone Belgian Fest (the first full-scale annual festival at our sprawling Stone Brewing World Bistro & Gardens – Liberty Station brewery-restaurant), to follow “Dr.” Bill and see how and why he does what he does to make sure fans get the full Stone festival experience every time out. Check out his answers, then make plans to join us for Stone Belgian Fest, 11 a.m. on Sunday, February 22.

Talk about the planning that goes into a festival, particularly a first-time festival plucking specialty beers from here to Brussels. Luckily, we have great beverage and event teams at both Bistros, and a formula that we use that has been very successful. Once I lay out the basic criteria for the beers we want, our beverage mavens go to work pulling special offerings from our archives. Both Bistros acquire rare and unique beers throughout the year, not only to put on our menus but to save for special tastings, dinners and festivals. For Stone Belgian Fest, we start with Belgian and Belgian-inspired archived beers, then filled in the gaps with great brews available through our distribution partners. Styles will include Belgian and American sour ales, abbey and Trappist ales, saisons, wits, Flemish reds, Belgian strong ales, golden ales and quite a few more, a number of which will be barrel-aged. 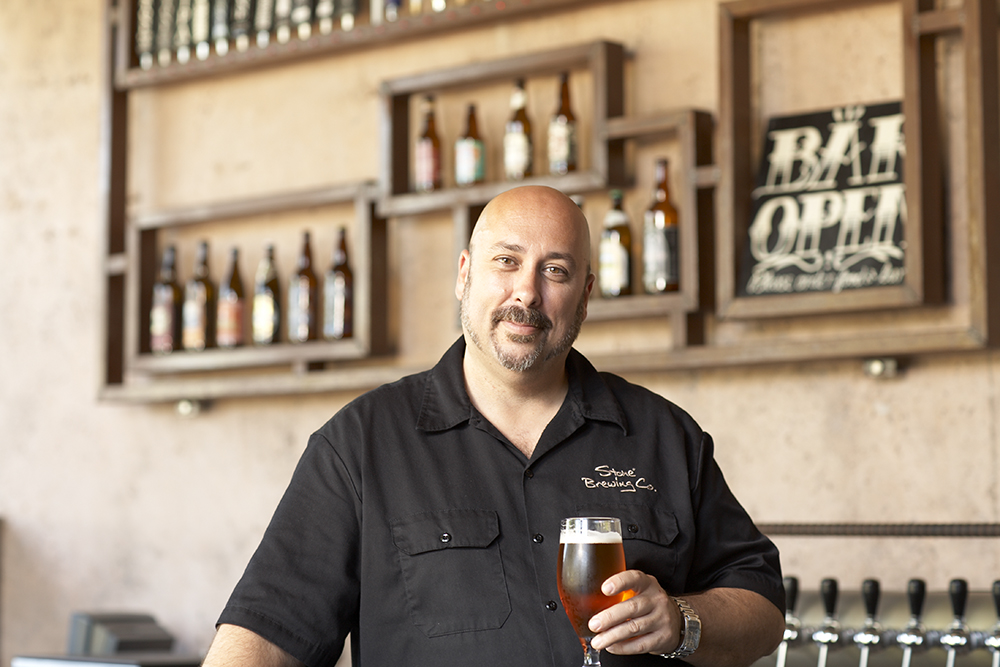 Why did you opt to celebrate Belgian-style beers for Stone’s next festival? I’ve been a Belgophile for more than 30 years. When Stone CEO and Co-founder Greg Koch tasked me to create two quarterly beer festivals in 2009, a Belgian beer festival was one of my first thoughts, but one criteria I set for myself in creating festivals was that they would be unique to Southern California. In 2009, our friends at Pizza Port in nearby Carlsbad were doing a great Belgian Beer Party so I went with wood-influenced beers (Oakquinox) and dark beers (Pour It Black). Pizza Port no longer holds its Belgian Beer Party, so I made this my first order of business for Stone Brewing World Bistro & Gardens – Liberty Station. 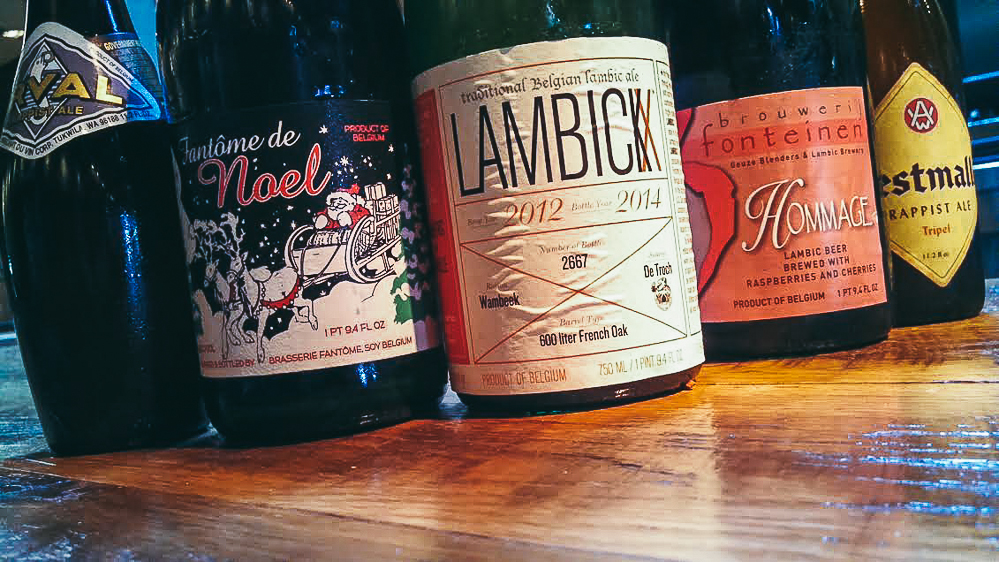 What are some beers at Stone Belgian Fest that you’re most excited to have on-hand? One of my desert island beers is Dupont Avec les Bon Voeux, a 9.5% ABV saison that Brasserie Dupont brews every year to celebrate New Year’s Eve. We’ll have a three-year vertical of this beer spanning 2012 to 2014. Gueuze Tilquin is a Belgian Lambic that’s placed in barrels and aged for up to three years. One-, two- and three-year-old versions are blended together to make this sublime, spontaneously fermented beer, which is the world’s oldest brewing style. It’s wonderfully tart and refreshing, with notes of citrus, lemon, green apple, leather and barnyard funk. Avery Lilikoi Kepolo is another beer that I can never get enough of. A 5.6% ABV Belgian witbier that has passion fruit added, it’s perhaps the most thirst-quenching beer I’ve ever had. Other beers I’m excited about are Hoparazzi La Tarte Mango, Cascade Cerise Nouveau, LambickX, The Lost Abbey Cuvee de Tomme, Prairie Cherry Funk, Russian River Supplication and Stone Cali-Belgique IPA aged in Red Wine Barrels. 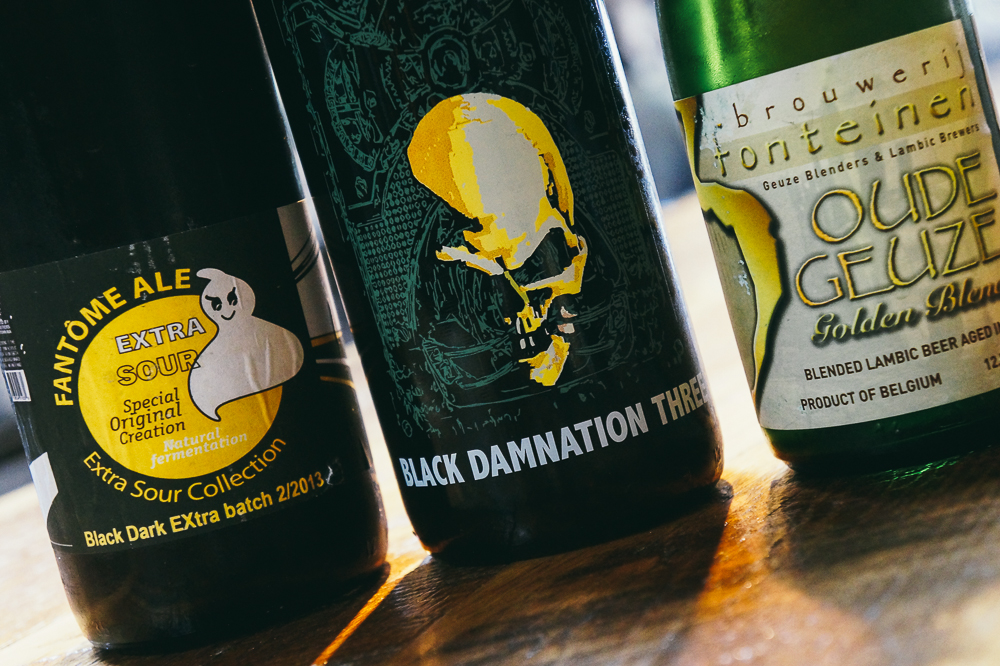 Since this is the first big festival at Stone Brewing World Bistro & Gardens – Liberty Station, what are some cool aspects of that venue? The first year of any festival, we try to limit the size to about half of what it will eventually grow into. At our Escondido Bistro, we cap our festivals at about 800 people so the fan experience isn’t affected by long lines and over-crowding. A Liberty Station, with its larger footprint, we will eventually row Stone Belgian Fest to a 1,000-to-1,200 person event. But this year, it’ll be much smaller and easier for attendees to navigate. 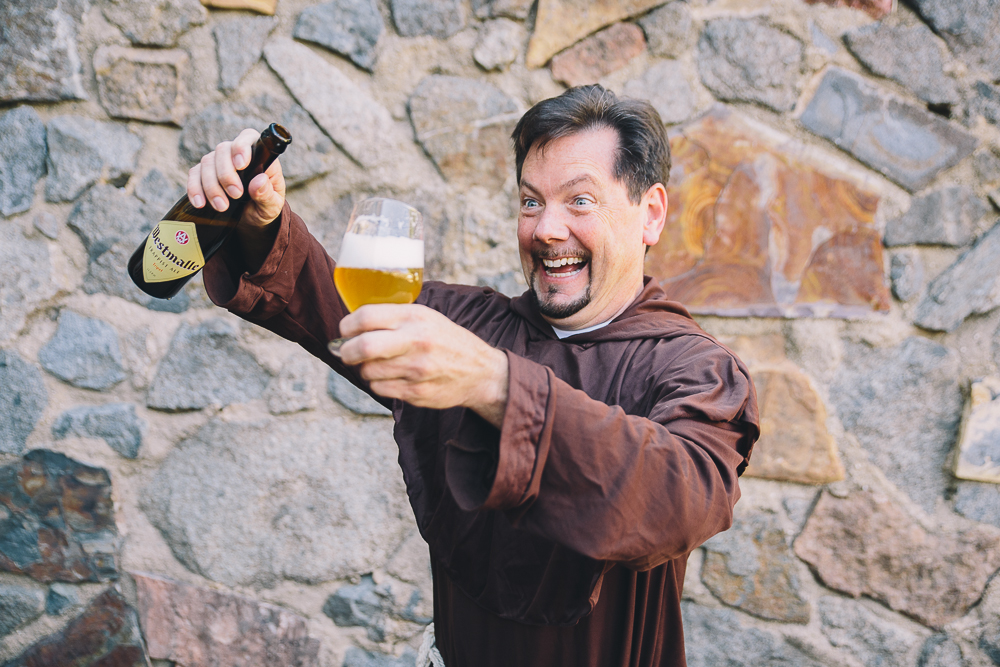 Do you have any tips for festival goers? Festivals are great for aficionados and novices alike. Some of these beers are extremely limited, so this will be an opportunity to both discover new beers and styles or revisit old favorites. I recommend getting to the festival when it starts and planning on spending the entire day. I also recommend studying the beer list in advance (it’s available online), then coming with a friend so you can share pours so you have the opportunity to sample more beers.