Life on the keg line ain’t easy. Every shift is an eight-hour marathon of non-stop keg-filling, but Steve Via makes it look like a breeze. Steve recently shattered the record for amount of kegs filled in one eight-hour shift, filling a whopping 304 full-sized kegs—and all while the rest of the world was sleeping (he works the overnight shift). The previous record was 282 kegs (nothing to scoff at!), held by Brandon Uhl who now works as an Assistant Brewer. Apparently Steve had a hunch that he was going to make Stone history. Before his shift he told Brandon, “Dude, I’m gonna break your record today.” Steve may have eaten his Wheaties and anticipated a stellar performance, but I doubt he expected to surpass the previous record by a staggering 22 kegs. 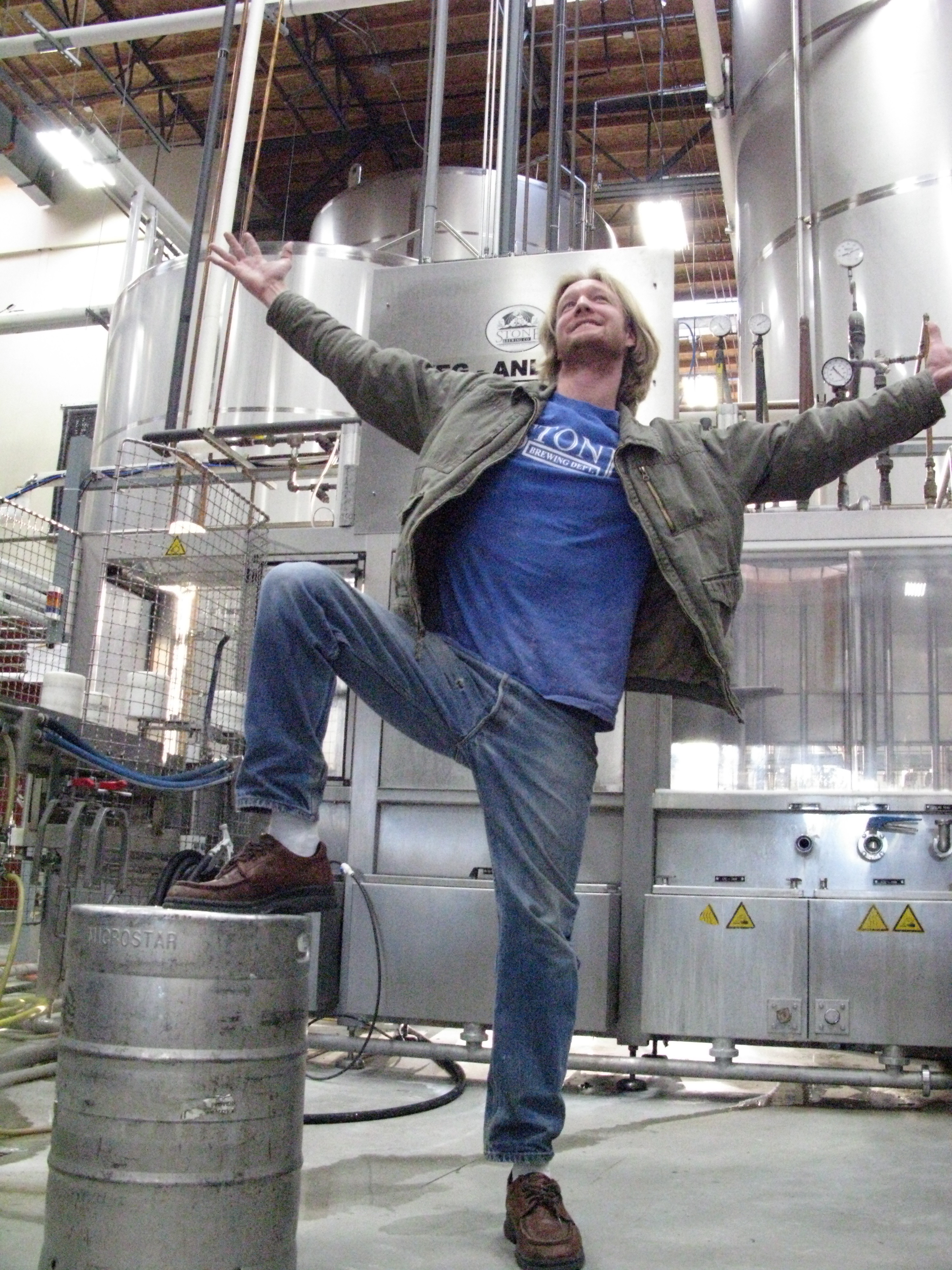 Steve is a keg-filling machine. Cheers to him for a job well done. Of course, kegging isn’t a completely solo affair; Steve had a bit of help from his compatriots. At the beginning and end of every shift, guys on the keg line clean up from the previous shift and set-up for the following shift. In Steve’s case, Rob Curnutt set up the equipment for Steve before his shift, and Erick Szaras cleaned up after Steve’s shift. That’s why it’s called “Team” Stone. Steve has set the bar incredibly high, but we have no doubt that our fantastic keg line can rise to the challenge. Keep up the good work guys! -Matt Steele

Steve and the entire keg-filling-machine,
Your efforts are truly appreciated enthusiastically, albeit, one pint at a time. Superb effort my good man. May you rest well and nourish your soul for another round awaits.
Cheers!