Death to the Red Devil

Back in 2006, when we decided to branch into the restaurant business, we admittedly didn’t know a lot about what we were getting ourselves into. Up until that point, we had breathed, slept, ate and, of course, drank beer and only beer. But one thing we did know was that quality was going to be at the forefront of our foray into the restaurant biz, and that so long as we held fast to that and our personal philosophies on how to provide said quality, we’d be alright…and so would fans who came to visit. Fast forward seven plus years and you’ll see we’ve done a damn good job (becoming the highest volume joint in the region), and as we predicted, the vast majority of our restaurateur successes have come from staying true to ourselves and our ethics. 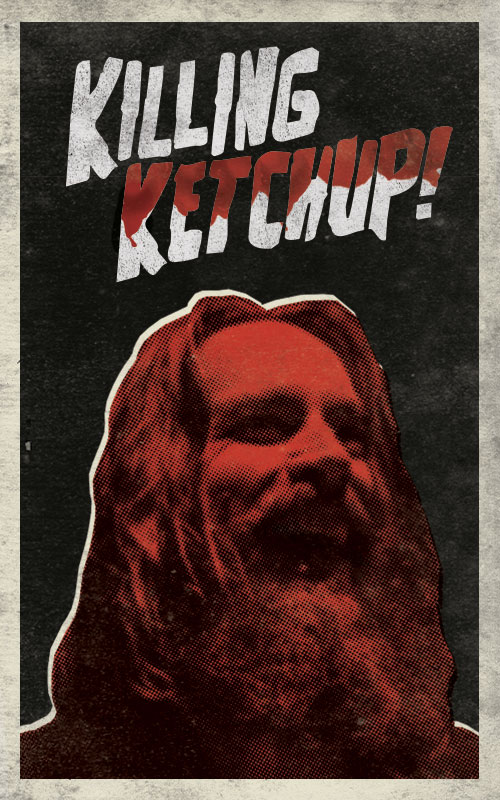 Now, it would be easy to stretch the truth (read, lie) and confirm the popularly held belief that we at Stone never doubt ourselves—or, maybe more accurately, that I never doubt myself. We’re proud of the fact that we come off as being that self assured. And for the most part, we are. That’s because the ideologies that guide our company aren’t whimsical notions we arbitrarily decided to put stock in because they were trendy or sounded cool. We invest lots of time and so much thought it probably borders on the fringes of too much thought into what our company stands for and how to embody that in everything we do, from our beers to our venues to our policies and the upstanding individuals we do business with. We will never stop caring about providing the very best to our fans; people we respect, not just because they like our beer (although that’s flattering as hell), but because we share with you this planet and this thing we call humankind. It’s everyone’s job to do all they can to make this world a better place, and we are lucky to have the ability to make a positive impact. It would be wrong of us not to seize that opportunity—even if it’s sometimes unpopular with some people…even those we’re directly trying to provide benefit to. Remember this as you read the rest of this post. For the most part, I am a peaceful man. Heretofore, me at my most combative has included instances where I publicly shouted rebellious diatribes railing against “the man” that is our faceless and uncaring corporate America; a faction that would happily take away our access to something better so long as it equated to more shiny doubloons or more folding money in their already jam-packed wallets. I firmly believe that each and every one of us deserves the very best, and that goes beyond craft beer and artisanal food. Far beyond. In addition to the pleasure the things we consume bring, they should also facilitate good health and longevity of life. At very least, they shouldn’t be industrial Pabulum made up of a laundry list of chemicals, preservatives, artificial flavorings, GMO-laced abominations or similar food lab garbage. And that’s why, February 12, I will rise from my peaceful sit-in stance, grab the saber of truth and run it straight through the heart of a cold, bloodless (but ironically blood red) villain of a condiment so lost in its way that it scarcely resembles its original form. The twelfth day shall see the killing of ketchup and the eternal banishment of its gloppy industrial spawn from our Stone Brewing World Bistro & Garden eateries. But, wait? Didn’t Greg already jettison ketchup from Stone’s restaurant offerings way back when they first opened? That’s what you astute, long-time fans are wondering? (I can hear those gears turning thanks to the magic icon in my likeness at the top of this blog post—quite the technological marvel, no?) And you’re right. No ketchup! was right up there on the list of items we deemed of great importance when we opened our first restaurant. But remember what I said about admitting that even big, strong Stone wonders from time to time if we got something right or not. Well, it wasn’t more than a day after we opened that the complaints came rolling in about our lack of ketchup. And it was vitriolic. And mean. Really, really mean. We’re used to taking the road less traveled, so being questioned in this regard wasn’t new or anything we couldn’t deal with. (The other day, somebody actually commented on social media that we don’t dry hop our Stone Enjoy By IPA enough. Yes, a thick skin and the ability to ignore certain nonsense is essential in this business.) But, alas, I caved. Anxious for people to like our restaurant (and to stop sending emails that were so, just, mean), we reluctantly brought ketchup into the restaurant about three months into it. In my getting the last word in a response of, "You want ketchup? Oh, I'll GIVE you ketchup!" I poked fun at this snubbed foodstuff during a special event dubbed The Night That Ketchup Attacked, where we painted the Bistro red in a faux celebration of the stuff, with the goop being run through a repurposed chocolate fountain, complete with skewered marshmallows, pineapple and the like. Yep.

But the comments from the peanut…make that the tomato gallery, kept coming and coming, like a steady stream of synthetically homogenous scarlet goo squirted from the teat of a ridiculously oversized half-gallon, “family size” container of Heinz. This is when I started to wonder if, in just this one case, it would be kinder to our fans to simply yield to their grumblings and make ketchup available. What was the harm, really? Especially if, rather than provide the condiment on every tabletop, we simply made up our own, real ketchup, and stashed it in the back pantry for people who really (believed they) couldn’t live without it? This is what we ended up doing…and it’s been gnawing at my conscience ever since. What was the harm? the younger me had asked. The older (and I’d like to think, wiser) me has an answer for my more clean shaven doppelganger from the past. Yes, we provided a version of ketchup in keeping with our ethos. No, it hasn’t had a major effect on our business. But, if anything, that last part only proves how pointless the ketchup is in the overall scheme of things. And for that, something that’s essentially pointless, we compromised our very real beliefs in the face of pressure from (some of) the masses. This is not what Stone is about. And, though most people have absolutely no idea that ketchup has been available at our Bistros, I know, and if anything, that has only driven me to hate the sugary sweet, additive rich, fool’s gold-like shiny (thanks to the infusion of poly-who-knows-what) red devil that is the modern interpretation of what was once a noble (or at least, less ignoble), tomato-based accoutrement. The red gooey stuff that so many people think of as ketchup is decidedly un-awesome and it’s something we don’t feel comfortable feeding our fans, especially when we’ve worked so hard to curate a menu of farm-to-table food made with fresh, healthy ingredients that in no way spell compromise.  Even when our version has been as artisanal and homemade as it gets.  Ultimately, it’s still been a tacit approval of all ketchup. So, that’s why I’ll be slaying the red devil. Come say your good-byes if you must. Every villain has its sympathizers. Or come to cheer and watch ketchup’s final gasps, like gassy burps bellowing out from a squeezed clean tube of [industrial brand name redacted]. Face it, for most people ketchup is a culinary crutch. It’s the thing people glob onto otherwise perfectly good food just as much as they do the stuff that’s at the bottom of the culinary echelon.  It’s not that I hate ketchup—I’ve actually been known to appropriately dip a fry or a tot into it—but it’s more the idea of ketchup…this thing that so many allow to keep them in the culinary equivalent of barefoot and uneducated. In other words, it’s fine when appropriate ketchup is used appropriately, but by my studied calculation that happens approximately 0.0003% of the time. Mostly, it’s just a thinly veiled way of piling on spoonfuls of sugar (bound together by vinegar, salt and a cheap watery slurry of what once was some industrially grown tomatoes) onto food you’d otherwise never consider pouring sugar on. There’s more to life than some lackluster, mutated version of something that could be good and wholesome, and since our Bistros—heck, our entire company—are about giving our fans only things that are good and wholesome, ketchup simply doesn’t fit into the equation. We thank you for your understanding, and taking the time to read this tale of ketchup’s demise so that you can understand where we’re coming from. It’s a good place that’s even more about you, our cherished fans, than us.