A Look at Craft Beer Culture

The American craft brewing industry is extremely cohesive, with businesses mirroring each other from the West Coast to the East Coast, North to South, Alaska to Hawaii. Even so, San Diego is very unique. With more than 100 brewhouses having opened throughout the county over the past 25 years, the question we hear most is about competition within the industry. It’s an understandable inquiry (imagine having 100 cheese-makers in one county…yeah, we’re looking at you, Wisconsin!), but it always makes San Diego brewers scratch their heads. For the most part, we really don’t see other breweries as competitors. To us, they are our comrades in the fight for the rise in awareness and availability of high-quality beer in a world dominated by macrobeer. That’s the great thing about artisanal industries like craft beer—just like us, our compatriots are working on bettering the craft, and each great new beer gives us, and other breweries opportunities and ideas. It’s a “collaboration not competition” mindset, a constant alliance and source of inspiration among our breweries. We’ll admit that it’s far from the norm for most industries, so one feels compelled to pose the question: How did such a unique business culture arise? 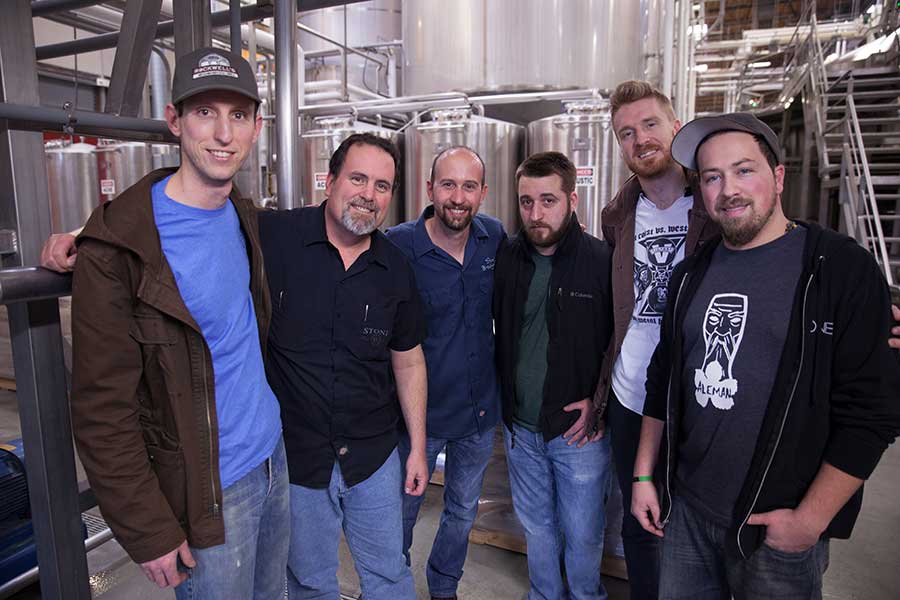 It grew organically from the humble beginnings of the American craft beer industry, when many got into brewing to make a quick buck, which unfortunately led to mediocre or, in worse cases, bad beer. In the midst of those ill-conceived ventures, the people who truly cared about beer and brought passion to the craft banded together to share ideas and their love of quality ales and lagers before going out to start their own breweries, and help change the perception of what were then known simply and broadly as “microbrews.” That type of enthusiasm is contagious, and more people began to enter the world of beer, in turn learning what made people so dedicated to the cause. This craft beer boom happened so quickly that there was never really time to change out of the small, tight-knit, we-protect-our-own community mindset that helped start it. So, that remained an integral part in the industry, and those with the inclination to foster it benefitted greatly. It helps that craft brewing is a creatively driven world full of artists in their own right. Making delicious beer is all about creating recipes, experimenting with ingredients, fabricating a name and bottle design, very much the left-lobe activities of a creative mind. People like that don’t adhere to the traditional, results-by-last-week, number-driven scenarios. StoneCEO/Co-Founder Greg Koch points out that, “The world can largely be divided into two segments: the commodity side and the artisanal side. And you won’t see the commodity side collaborating the way we do.” So, sure, craft brewers are providing a product (though we never refer to our beer in such a cold, generic manner), but it’s in a way that the community can connect to because that product—our bold, flavorful beer—is born from our love of the work and not pumped out of some emotionless factory. 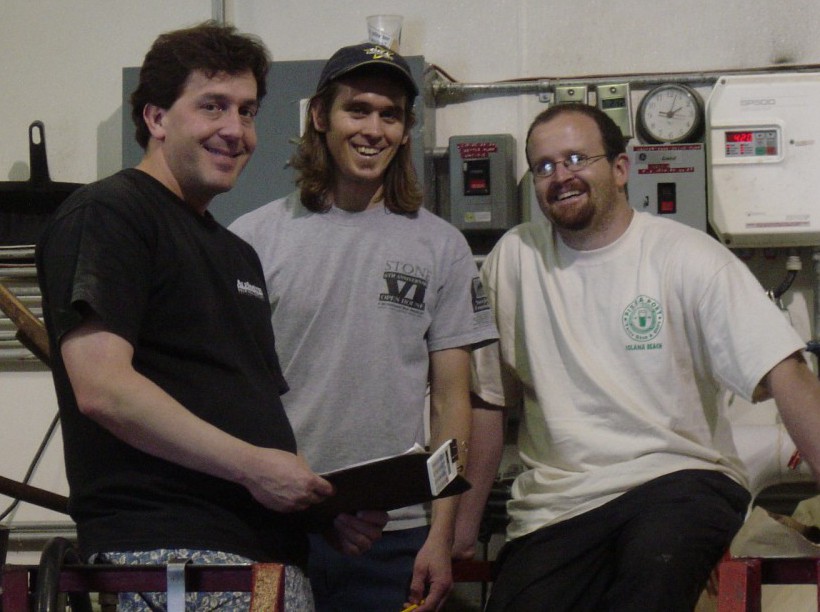 Fast-forward to the current San Diego craft beer scene, where it’s easy to see the collaborative effort everywhere in the form of collaboration beers between breweries. These beers have their roots in the soil of the “old” days, when friends got together to homebrew…but now the brewhouses are just a tad larger. According to Douglas Constantiner, Brewery Curator & Brewer at Societe Brewing Company, “Collaboration beers benefit from the best brewers in the world putting their heads together, so no one is limited to their own knowledge.” It lets everyone create something even better than before thanks to the added experience and viewpoints for the brewers. On top of that, it’s fun to hang out and brew beer with friends (which most everyone in our local industry are). And, although the brewers are a bit like kids in a candy store come brew day, collaborations do more than just create and evolve relationships. “If a bigger brewery releases a beer with a smaller brewery, the smaller brewery gets a lot of exposure. For Stone, it’s valuable because we’ll end up trying things that we haven’t thought of or wouldn’t have tried otherwise,” says StoneCo-founder, President and Brewmaster Steve Wagner. Beers like Chris Banker/Stone/Insurgente Xocoveza Mocha Stout, which is loaded with chocolate, chilis and cacao nibs, come to mind. And in the case of that one, it also gave us a chance to give back in other ways.

As winner of our 2014 AHA Homebrew Competition, Chris Banker was able to brew his champion recipe on our system, then see his creation distributed throughout the country. It was great exposure for all involved, but also let Stone give back to the roots of most craft brewer’s passion—home brewing. That’s the reason we release certain beer recipes to the homebrewing public, so people can recreate them or add their own spin. We love to see fans innovate in their own ways, building on our recipes or employing their own homespun techniques. Collaboration goes beyond sharing ideas and technical knowledge, it also means giving back to a community that didn’t have to support us, but took a chance and did in a BIG way. It also involves making a difference in the local community in a broader sense. Many craft breweries are involved with charities and fundraisers. Some of the noble organizations we’ve been able to help out over the past 18 years include The Surfrider Foundation, The Boys & Girls Club of San Marcos, the Palomar Family YMCA, Habitat for Humanity, Make a Wish Foundation and Fight ALD to name a few. And we’re far from the only ones. Through the events of the San Diego Brewers Guild, and individually, San Diego’s brewers are extremely philanthropic, yet another positive quality that binds us. 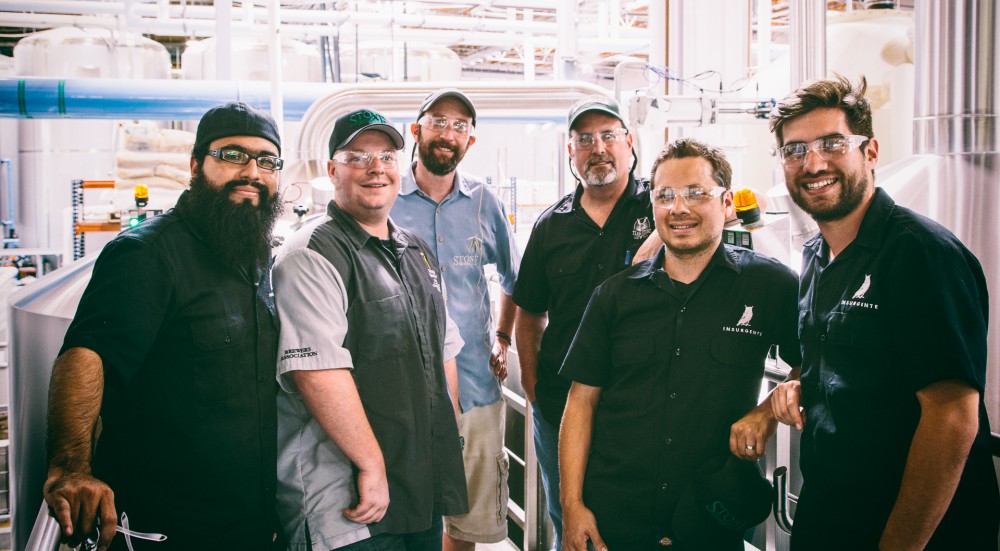 The saying “the rising tide floats all ships” is true in San Diego, where, to a person, each brewer takes great pride in the beer scene and their place in it, both as an individual and a cog in the vibrant machinery. Their interest in craft beer isn’t confined to one place. It branches out to other breweries, events and charities that are interconnected. Part of that interconnection and teamwork has to do with getting San Diego’s beers to market. Established in 1999, Stone Distribution Co. was very important to that mission, and another chance for us to help out our San Diego brewing brethren while also protecting their values and the quality of their beer from the brewery to the beer fan. That quality is the cornerstone of nearly every brewing company in San Diego County. Notes Travis Smith, Head of Fermentation and Execution (Brewmaster) at Societe Brewing Company, “The value comes from the quality of the new guard of breweries. Breweries that make high quality beer will help the image of San Diego beer. Anything less than that, doesn’t.” Instead of having to choose a distributor that didn’t necessarily understand the burgeoning scene and letting themselves be ruled by that contract, breweries had a choice of a distributor who understood all of the issues that could arise from their perspective and help spread the gospel of craft. They knew they could trust a fellow local brewer working to better the community’s reputation while ensuring beers were stored and transported under ideal conditions. The term “no-brainer” gets bandied about a lot, but in this case, we (and they) feel it applies. 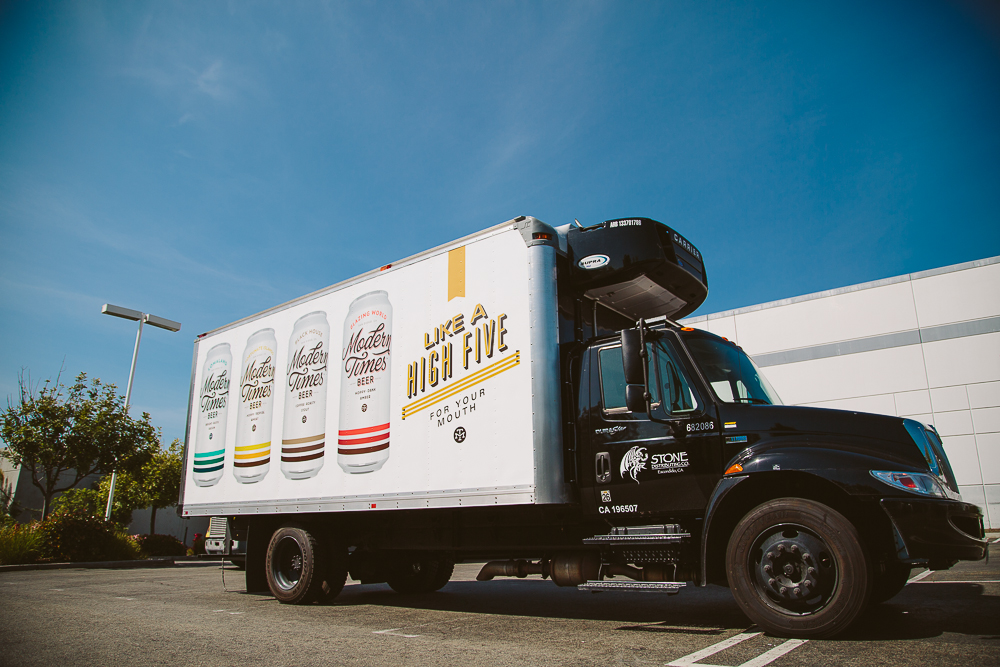 So why do craft breweries like the “collaboration not competition” mindset? For one, it’s much less stressful to applaud your like-minded comrades’ achievements and innovative ideas than try to push down and past 100 of your neighbors. At Stone, we’d much rather spend our time trying to be the best version of ourselves and brewing great beer rather than strategizing against our contemporaries, and the fact they feel the same way is encouraging and enlivening. Collaboration holds everyone to a higher standard, thus putting our region and its artisans in a very unique (not to mention fun) spot, where, naturally, there’s competition—this is business after all--but less so than other industries. After all, we all like to drink beer, especially at our friends’ places.