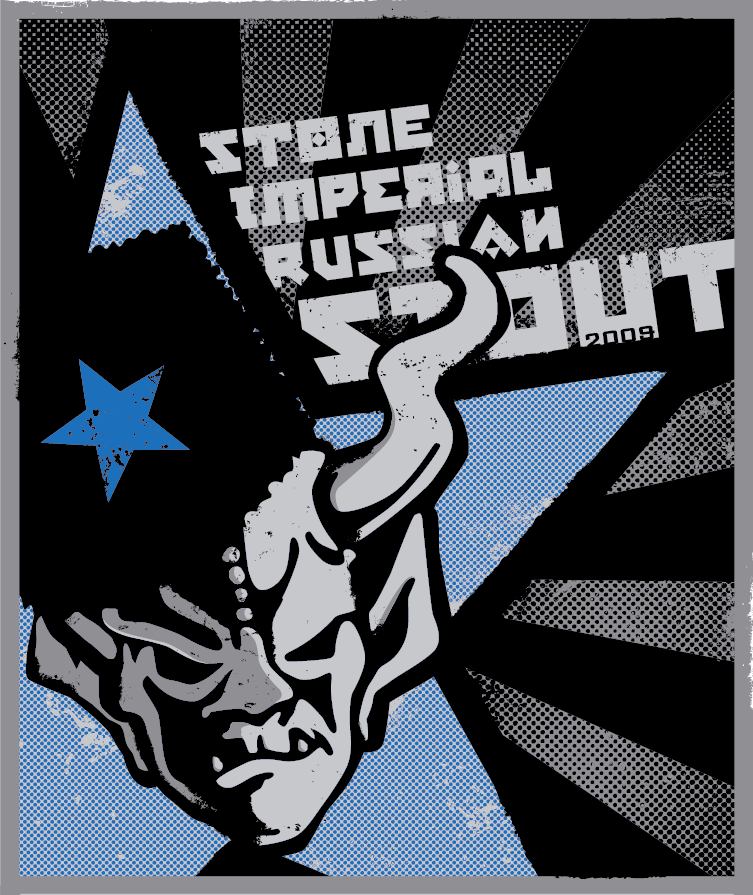 Our stellar distribution crew is gearing up for the big roll-out on Monday, so keep your eyes peeled in So. Cal. for your friendly neighborhood Stone Distributing truck.

If you’ve had the foresight to cellar previous vintages, you already know that the recipe has changed very little throughout the beer’s tenure, but this time around we did increase the amber malt a bit. According to Stone Brewer, John Egan, the increased amount of malt “gives the beer a little more body on the mouth feel, and a little bit less of a dry finish.” John felt compelled to add, “the beer is awesome!”

So where can you get it? This year’s release will initially be available in twenty-seven states. If your state is highlighted in SIRS blue in the diagram below, rejoice, for the iron curtain will soon be lifted on your state! 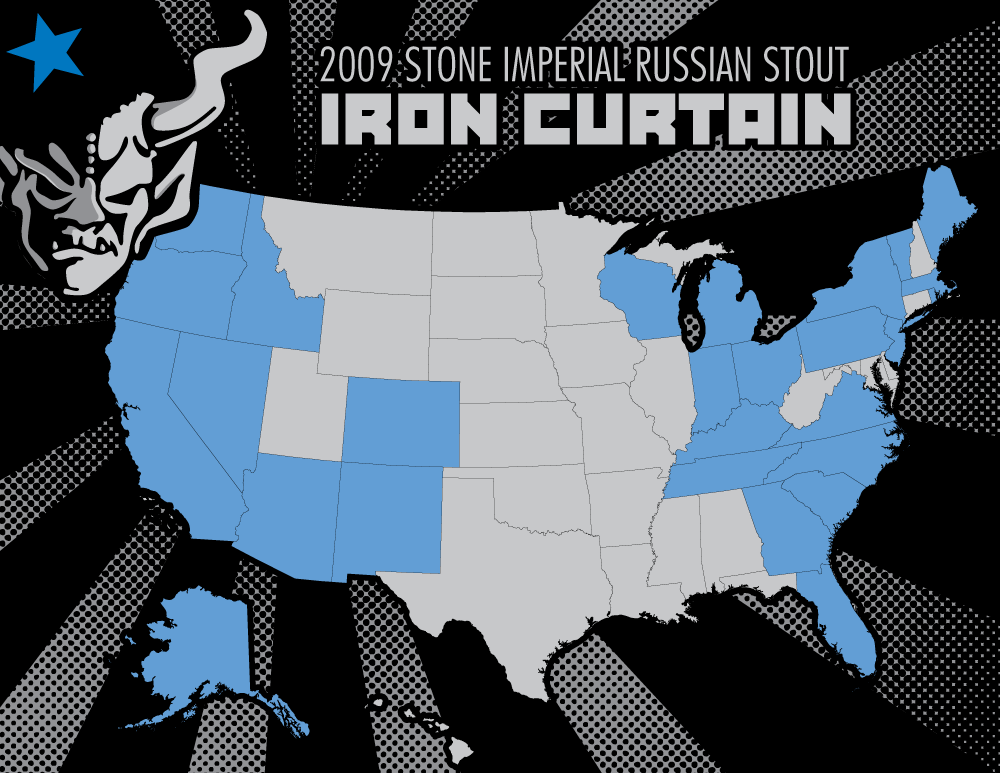 IRS may not be available right away in every state, so be patient.

The slick diagram above isn’t the only thing that our talented Graphic Designer, Jen Knudson, has created. She also designed the wicked 2009 Stone Imperial Russian Stout logo and t-shirt in the style of classic Russian propaganda. It’s a fitting design that you’ll be fitting into soon (if you have any semblance of style, that is). 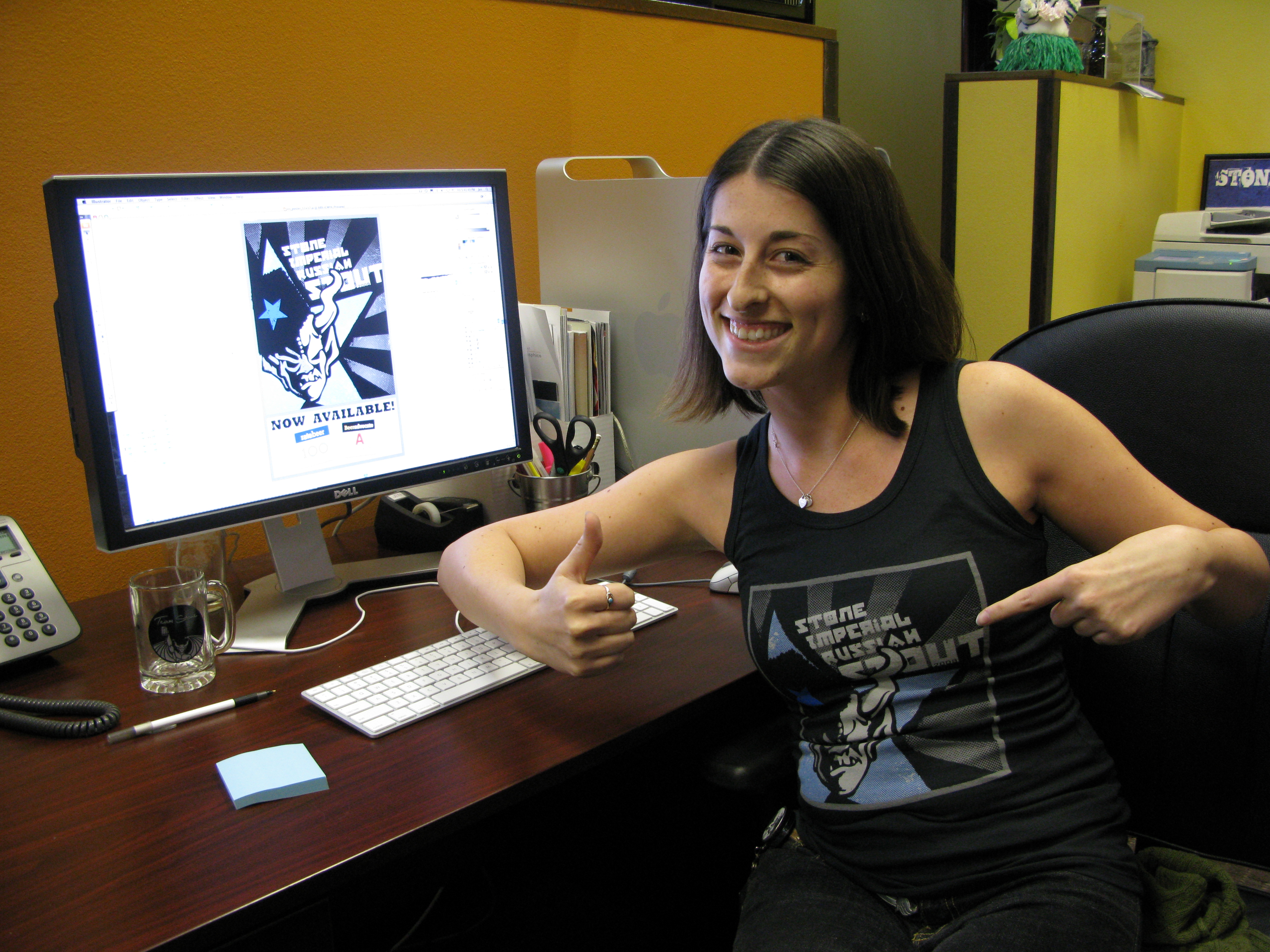 There you have it. Go forth and cellar, Stone Imperial Russian Stout lovers! 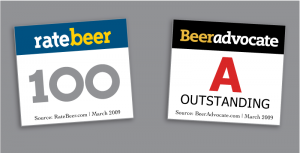 Ever wonder why it's called Stone Imperial Russian Stout? This video from 2005 with Greg Koch and Chris Cochran will fill you in.

Easily one of our favorite Stone beers and we like them all ;O). Time to hit all of the local stores!

I went to the store looking for the chocolate stout, disappointed I did not get to try it, went home with some IRS extremely happy.

Where can I get some of this nectar of the Bolshevics?
I tried it at the Brewery in SM and WHOA Baby. The hook is set in me. Easily my favorite thus far I live in O'side, whrere can I get it?
PLEASE.
Thank you

Russian Imperial stout, from Stone Brewery!? I can't wait to try it...need to get a job first since I'm unemployed to afford it.

I recently bought a bottle of IRS in Boise Idaho and I loved it. The warmer it got the better it was. It still is second place to Ruination though.

Great news on adding malt. That will, IMHO, turn the Imperial Russian Stout from an above average stout to an excellent stout.