In a March post on the Stone Blog, we shared the news that three unlikely collaborators would embark on a brewing odyssey on our system. That trio was comprised of actor and champion of proud geekery Wil Wheaton, creator of the alternative news website Fark.com Drew Curtis, and our own CEO and Co-founder Greg Koch (admittedly, he bleeds Arrogant Bastard Ale, but seldom mashes in). Back then, the beer they would brew was still a mystery, but with that flavorful concoction now bottled and debuting on store shelves July 15, we’re ready to tell you all about Drew Curtis/Wil Wheaton/Greg Koch Stone Farking Wheaton w00tstout!

A long-time fan and student of the art of cellaring beer, Koch developed the idea for the base style—a rich, high-alcohol imperial stout that would hold up to aging and mature over time. As far as the interesting additional ingredients that lend flavorful diversity to what might otherwise be labeled as just another imperial stout (never thought we’d see the day when that would be possible), they were inspired by Koch’s brewing companions. 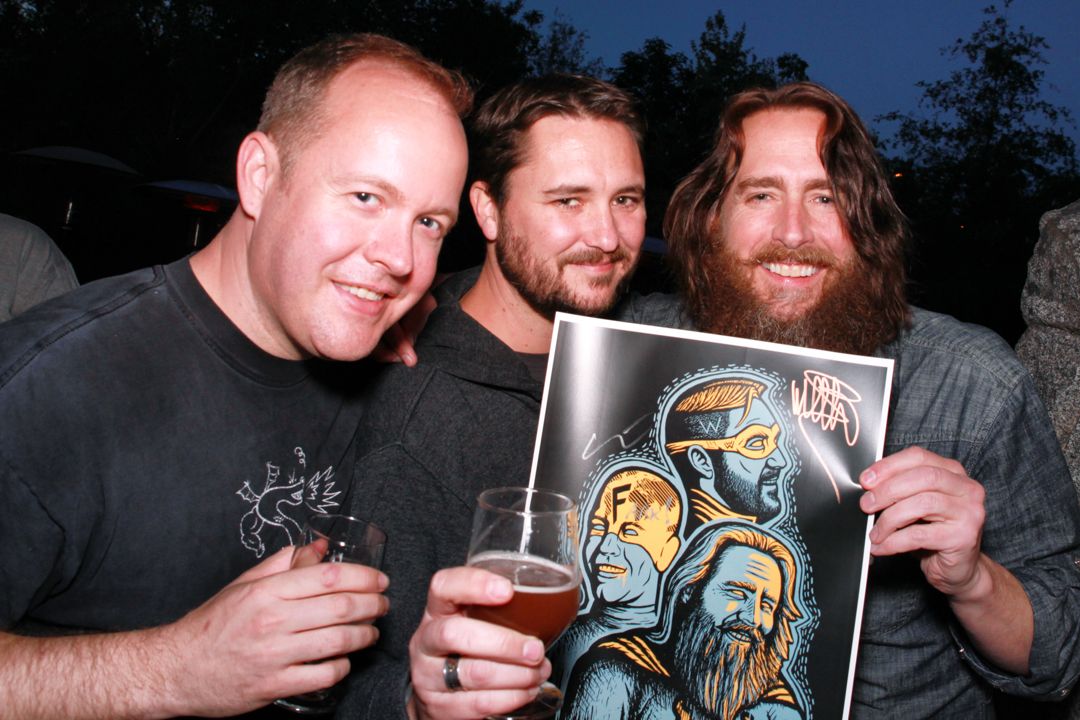 Wheaton, an avid homebrewer (check him out with his backyard brewing rig on the cover of the latest BeerAdvocate magazine), says he feels the unearthly need to utilize at least a bit of wheat whenever he brews as a nod to his surname. Sure, in helping to brew this beer he traded a stock pot for a 120-barrel custom-made Rolec brewhouse, but heck, why not heed the same MO that’s seen his homebrewing go from basic to avant garde? We saw no reason to squash a proven method and added wheat malt to a beer style that rarely sees such an addition to its malt bill. 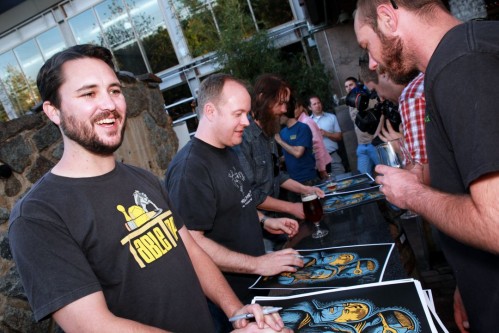 After brew day was through, the collaborators signed posters of one of the w00tstout bottle designs for fellow beer geeks

Then there was Curtis, who has never brewed beer, but is certainly no stranger to the liquid medium. His catch phrase on brew day was, “I never met a beer I didn’t like.” Trés discerning, no? Well, we weren’t about to brew the first beer to fail his taste test. So, we added rye and a king-sized dose of pecans to ensure there was something in the overall flavor profile for this Kentuckian to become enamored with. Unsure whether this totally nutty idea would carry the day, we then went a step further, taking 25% of the finished beer and funneling it into Bourbon whiskey barrels, where it matured for two months. That liquor-laced goodness was later blended with the unoaked beer to create a partially-aged imperial stout that’s as complex as it is high gravity—13% alcohol-by-volume to be exact. (Read: Handle with care and consume responsibly…two hands, people!) 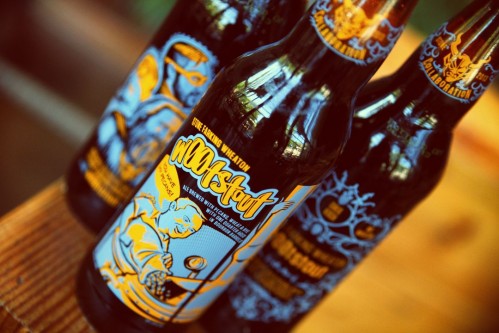 In the end, Curtis deemed the beer worthy of a full day spent discovering the wonders of brewing. Wheaton and Koch whole-heartedly concur and are proud to see their creation making its way to craft beer fans across the nation. So much so, that on July 17, they are holding an official beer release event (the first big to-do at the new Stone Brewing World Bistro & Gardens – Liberty Station), dubbed Hop-Con: the w00tstout Launch Festival. Held in loose conjunction with San Diego mainstay Comic-Con International (and Wheaton’s offshoot ode to nerdiness, music and more nerdiness, w00tstock), it will feature Drew Curtis/Wil Wheaton/Greg Koch Stone Farking Wheaton w00tstout, all three of the collaborators, plus a bevy of rare and delicious Stone beers, great food, take-home beer and live performances by Paul & Storm as well as Wheaton himself. If you’re going, we’ll see you there. If not, raise a glass from the comfort of home (the bottle you picked up to try fresh, not the extra bottle—or 12—you’ll be stashing for future enjoyment) and know that, like the mighty USS Enterprise Wheaton jockeyed on Star Trek: The Next Generation, those good thoughts and well wishes will be felt even light years away.