We pride ourselves on being unpredictable, but we’re able to be honest with ourselves and say that, when it comes to our annual anniversary beer releases, fans know what to expect—something extremely hoppy! And most years, that means an over-the-top India pale ale. Ten out of the 17 anniversary beers we’ve produced to-date have been IPAs, including the past four consecutive years. So, it should come as no surprise that this year, our milestone-celebrating beer is another IPA.

But, much as we’ve refused to be completely predictable with our anniversary IPAs (the past four years have featured an imperial British-style IPA, double black IPA, lemon verbena-infused imperial rye IPA, and 100% German-hopped double IPA), 2014’s commemorative hop monster is extremely original. In fact, we’re billing Stone 18th Anniversary IPA as the “hoppiest golden-brown IPA on Earth!” (Yes, that’s our subtle brand of sarcasm you’re picking up there!)

El Dorado hops make up a large part of the hop bill—the beer is dry-hopped with a whopping two pounds per barrel of it. Brewmaster Mitch Steele first fell in love with this citrusy hop when he brewed a 100% El Dorado collaboration ale with Northern California’s Drake’s Brewing Company in 2013. It’s since found its way into a number of new brews, including Stone Go To IPA and a little ditty released in our hometown of San Diego called Stone Delicious IPA.

But this beer isn’t all about hops. If anything, it’s the specialty malts that give it most of its uniqueness. English Brown Coffee, Cara Munich and Chocolate Wheat malts bring on more than the heralded golden-brown hue—they also provide plenty of flavor and texture. The resulting brew is, appropriately, one for the ages. Sweet-tart flavors of lemon candy come on strong on the front palate, giving way to a sharp grapefruit bitterness accompanied by bready, biscuit character in the finish. It’s a testament to how well hops and malts can marry when properly balanced, and Steele and the Brew Crew nailed it with this golden-brown all-star. 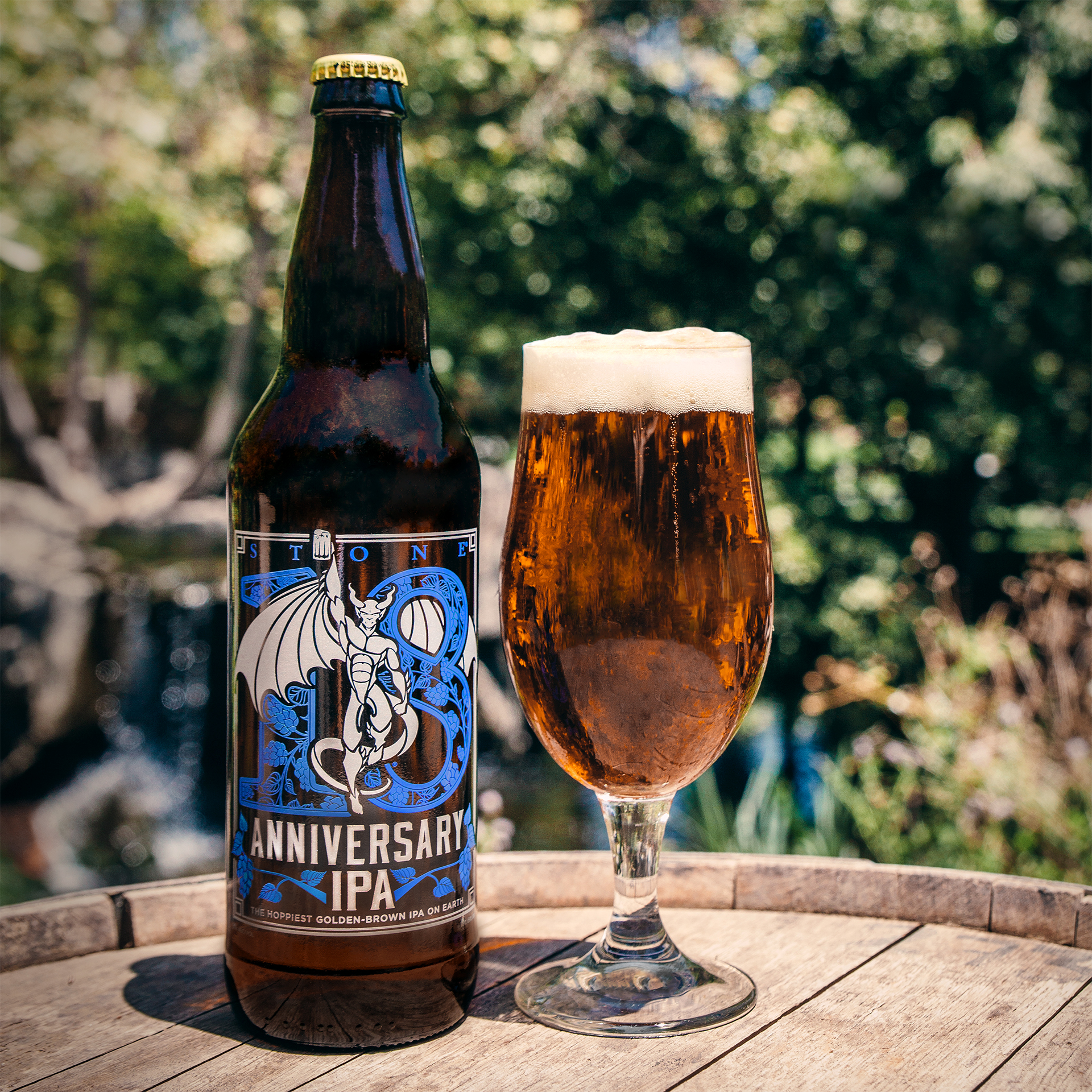 If you’re like us, you read something like “ten out of the 17 anniversary beers we’ve produced to-date have been IPAs,” and your inner beer geek wants to know what those brews were. We totally get that, so here is a list of the past 18 years-worth of Stone celebratory offerings.

Even with all these hop-heavy brews under our belts, we continue to push the envelope. We thank you for coming along for the ride and look forward to another 18 years (and more) of anniversary-inspired exploration! 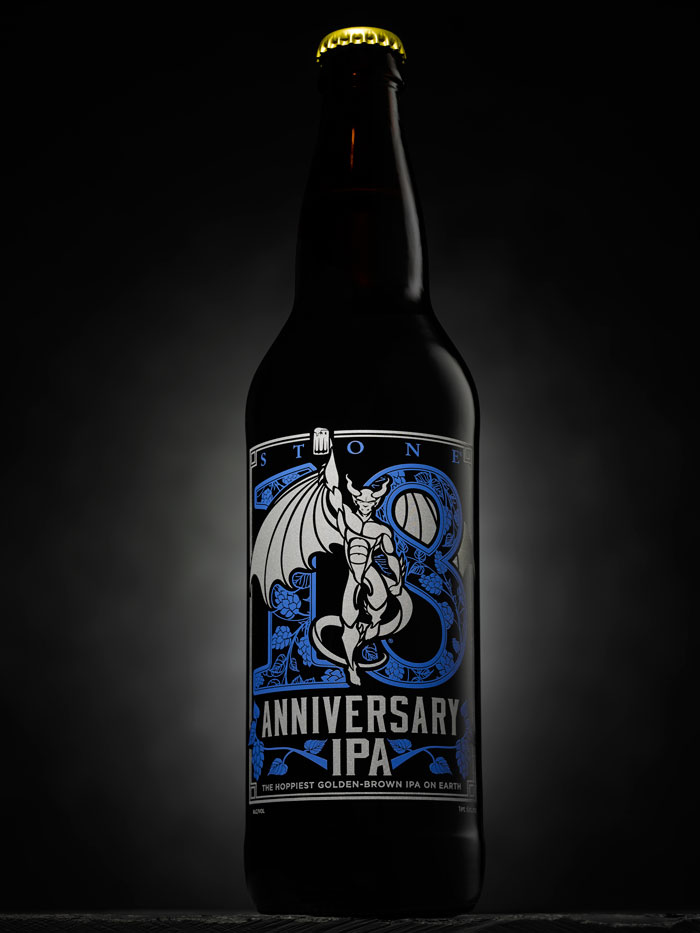