We release MANY beers throughout the year and, without fail, no matter what hoppy deliciousness we are talking about, we can’t get through the comments and reactions without some plea for last year’s Stone Xocoveza Mocha Stout. For a whole year now, we have heard: “bring it back,” “I want Xocoveza,” “this is my favorite stout, ever, so I’m signing a petition to bring it back.” One even went as far (cough, cough Teague E. from VA) to say, “I personally promise I will buy at least three cases of this beer if it is ever released again. I can’t accept that this beer has gone to the abyss until I am dead.” Wow. Thank you. 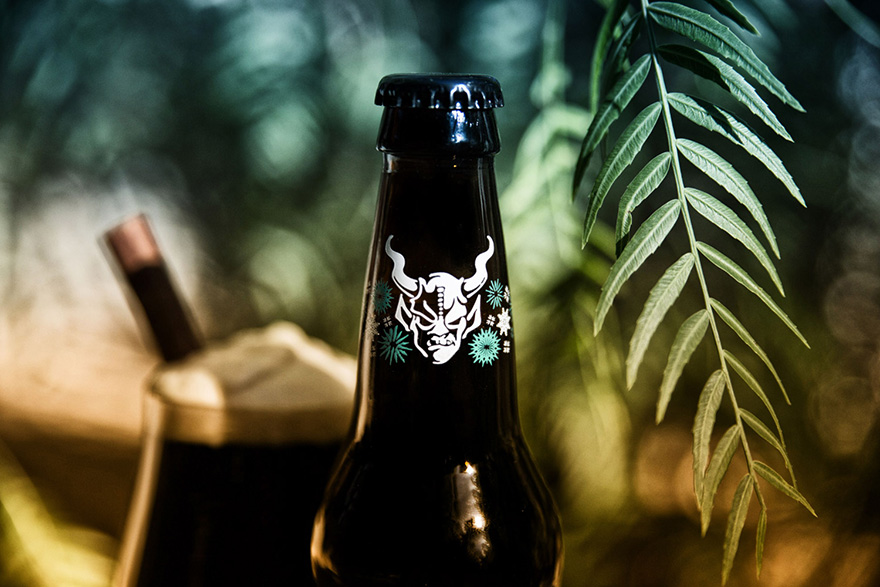 Your enthusiasm and passionate wishes for this Mexican hot chocolate inspired beer were not lost on us. While our pockets are not as deep as the jolly, fabled man that jumps down chimneys in his plush red suit to deliver toys all across the world, we did get all you good little beer drinkers exactly what you asked for this holiday season…your beloved mocha stout is officially back but with a new name.

Don’t worry. We stayed true to the recipe of Chris Banker’s Stone Homebrew Competition-winning creation, but we decided that it needed a more fitting name to let you know that, much to our and your spirited delight, it will be around every holiday and new year time for the delicious foreseeable future. So to stay true to our innate inclination to be brief, we landed on: “Stone Xocoveza for the Holidays and New Year.” 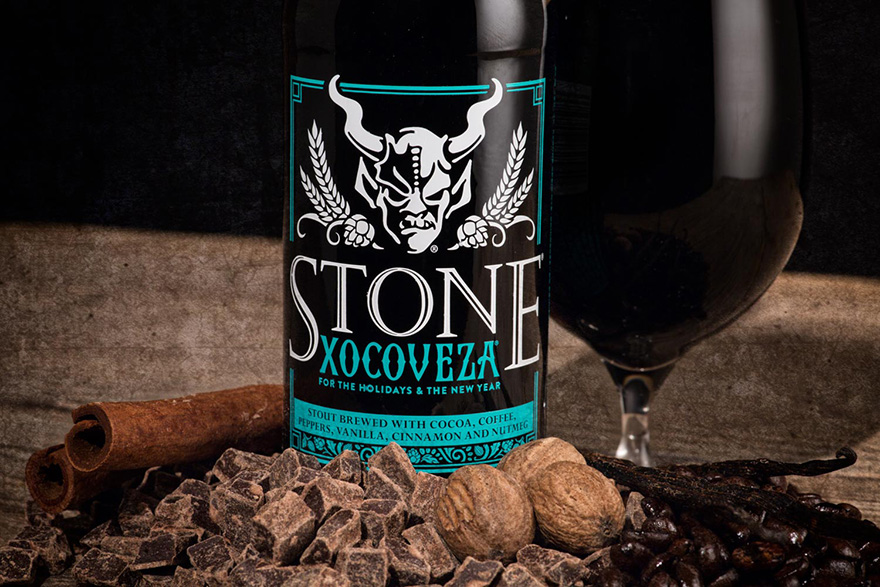 Still it couldn’t hurt to stock up while you can. Based on the plethora of demands from those who had (and those that wished they had) our chocolaty, winter-spiced mocha stout, it’s quite likely to be the number one special release item on everyone’s holiday beer list this year. Plus, we don’t think you’ll want to be stretched out in front of a fire, wearing an ugly sweater, and miss out on sipping this bottle of beer that has been crafted with cocoa, coffee, dried pasilla peppers, vanilla, cinnamon and nutmeg. Just be sure to put out that fire at the end of the night to prevent any North Pole bags from getting torched. We can’t help you with fulfilling any other holiday gifts on your list—unless your list includes a Stone Xocoveza Mocha Stout “ugly sweater”—because you can buy one for a beer geek or a geekess right here.

I have liked all of your beers that I have had. They all have been enjoyable and look forward to haveing any of your beers as they become available in Chicago Land.

Thanks for bringing this to Alabama! And many other of your regular releases to be honest. Stone has swept through my town this year and takes up a good portion of my fridge. If no on else buys it I'll buy the whole case Haha!! . Thank you Stone!!!
Kevin Nelson, Dothan Alabama

When do holiday beers normally start hitting the stores? My husband's all time favorite beer is Stone Xocoveza for the Holidays & the New Year. I almost missed it this year but after hitting 7 stores, I managed to get some. This year, I'd like to go as soon as it hits. I will buy as many as I can :)

You should start seeing it on shelves again in October! Check out our Beer Release Schedule to see what tasty beers will be available between now and then!