The first time I tasted Stone Old Guardian Barley Wine was when I lived in New Hampshire. Stone wasn’t yet available there but it was in Massachusetts, just a 30-minute drive away. I would go to an excellently stocked beer store just south of the New Hampshire border and others near Boston on a fairly regular basis to stock up on big beers like Old Guardian, the Stone Vertical Epic Ales and Stone Ruination IPA. I loved the bitterness and “bigness” of Old Guardian. It was an interesting, unique and delicious take on the barley wine style, and fun to taste with friends and members of the homebrew club I belonged to.

When I got to Stone in 2006, Steve Wagner told me that he made the recipe fairly straightforward in order to allow the yeast to really shine. The recipe was designed to showcase the great fruity and estery flavors yeast produces during fermentation. Our proprietary strain of ale yeast tends to generate a lot of tropical fruit flavors when fermenting high ABV beers, and that was a big part of what makes Old Guardian so great. There has never been much in the way of specialty malts in the beer, but there have always been lots of hops. 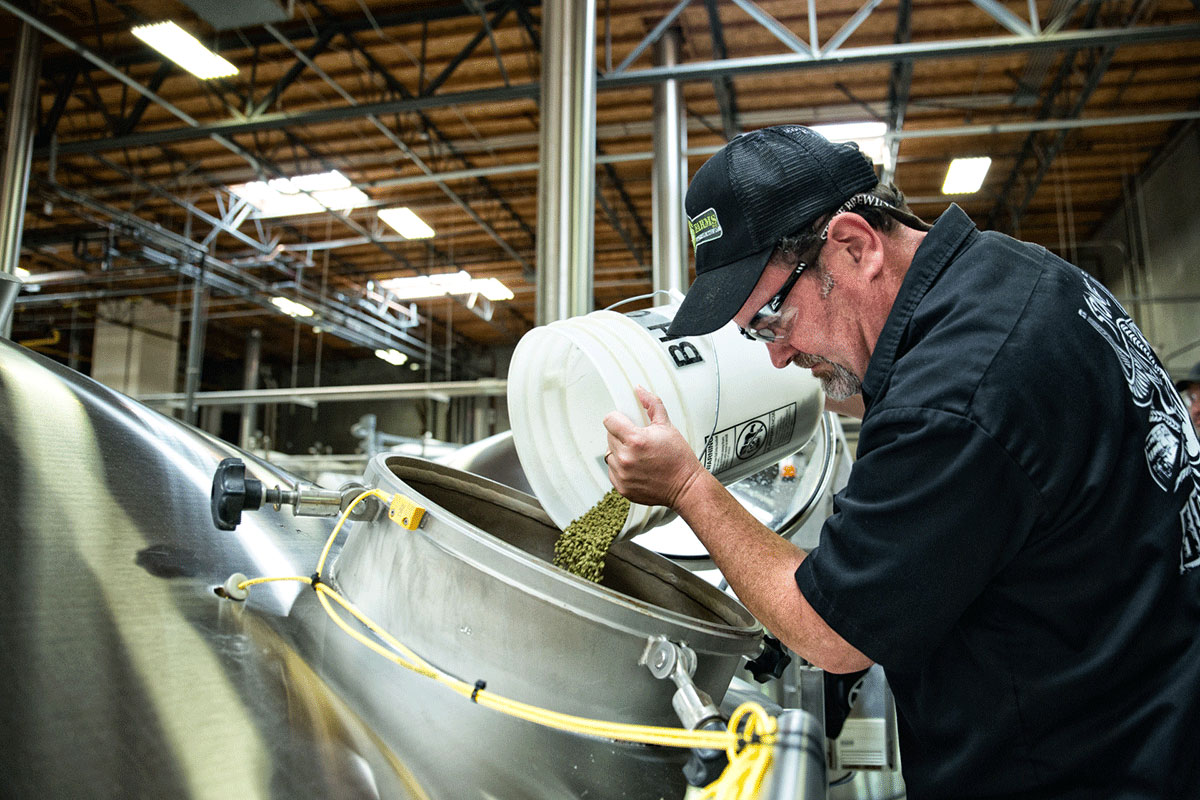 I’ve often felt yeast is a very underrated contributor to a beer’s flavor profile. So many people focus on hops and malt, but yeast is the unsung hero in any beer’s flavor. Think about it. If you brew the same exact beer, but switch up the yeast strain, will the beer taste the same? Absolutely not. If you aren’t sure about this, check out White Labs’ tasting room, where you can sample several versions of the same beer with different yeast strains, or for a more extreme example, try a Stone IPA and Stone Cali-Belgique IPA side by side. Yeast is a huge component of beer flavor. It’s what makes beer taste like beer. And every yeast strain is unique in the flavors it produces. 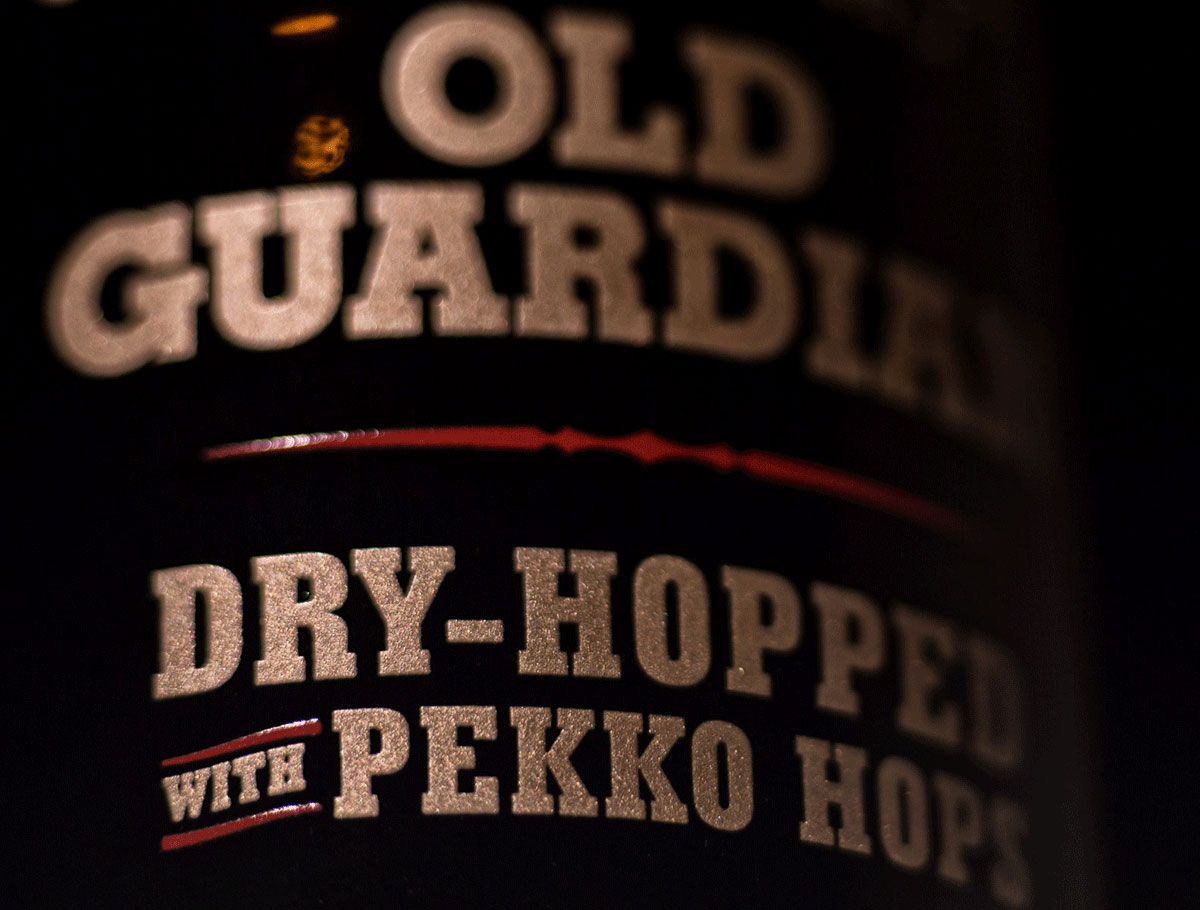 From year one Steve Wagner encouraged me to change the recipe any way I wanted to, but over the years I have been really reluctant to make any big changes. I thought, “Why mess around with a beer that is already great?” That’s not to say we didn’t change things up a little bit year to year to experiment.

We went very English for a few years, using English malts and English hops. We’ve rotated several hop varieties into the beer, dry-hopping it some years. But I always wanted to make sure that we held on to Steve’s original vision for the beer—a big beer that demonstrated the power of yeast on beer flavor.

Over the last several years, we have used American 2-Row malt as a base, with a small percentage of English Maris Otter Crystal to add some malt depth and color. Still changing the hops a bit every year, in the spirit of experimentation.

This year, we used the same malt and hop recipe as last year, but dry-hopped the beer with a new American hop variety called Pekko. When used as a dry hop in high alcohol beers, Pekko provides an intense tropical fruit character, with mango, pineapple and peach dominating, that really complements the tropical fruit flavors produced by the yeast. Pekko is a hop that we put through our rigorous hop evaluation program and quickly became a favorite.

What’s interesting is that the hop character comes across differently in a high-alcohol beer. It still has a lot of stone fruit, but the tropical fruit flavors have increased. We think this is due to the higher alcohol content (11% in Old Guardian vs 7% in our test IPA). Because alcohol acts as a solvent for hop oils, the higher the ABV the more (and perhaps different) hop oils can be extracted. There are other things at work here also, things that aren’t completely understood yet, but every brewer should be aware that the character of the hop changes significantly with differing alcohol levels.

We are thrilled with 2016 Stone Old Guardian Barley Wine Dry-Hopped with Pekko Hops. It’s beautiful now as a massively hoppy strong ale, but I am also convinced that this beer will age wonderfully over time.