When Dr. Bill tells you he’s assembling a legendary collection of wood-aged beers for a festival in our gardens, it’s best to take him seriously. After the veritable tsunami of awesomeness that was Stone Oakquinox, it’s hard to imagine why anyone wouldn’t. The 112 beers on-tap and in bottles represented a mighty collection of wood-aged deliciousness. With so many highlights on the beer list, some Oakquinoxers ended up sporting a deer-in-headlights look, their faces frozen in a rictus of pleasure at the site of so many rare and sought-after beers. 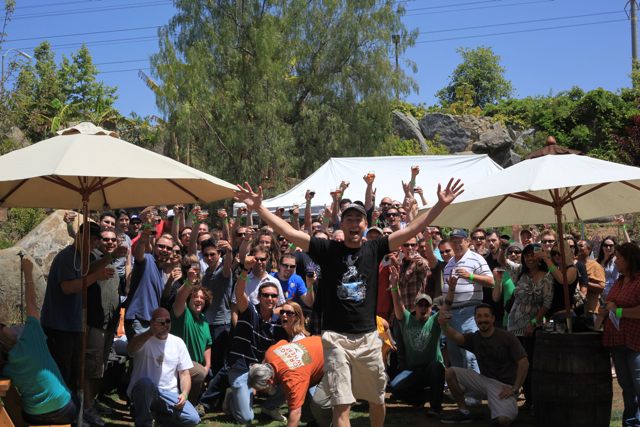 Oakquinoxers proved to be a lively bunch

Fortunately, the shock wore off quickly, and all in attendance began the serious business of sampling these oaky beasts. Based on the exuberant pictures, thunderous toasts, and vocal praise, we feel confident concluding that Oakquinox was a tremendous success, one that will most certainly be repeated next year. Your hankering for beer festivals needn’t go unfulfilled for an entire year, however. On July 18th, Stone Sour Fest will be taking over the gardens in similar fashion, featuring mouth-puckering, horizon-expanding brews made with wild yeasts and bacteria (if you’ve never tried sour beers, they’re far more appetizing than that description may sound.) 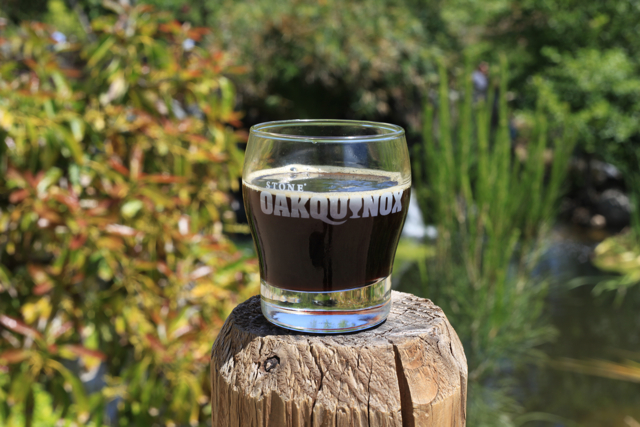 The forecast for Oakquinox was sunny and beautiful, with a 100% chance of wood-aged beer

In addition to Stone Winter Storm, Oakquinox, and Sour Fest, next year Dr. Bill will  introduce a 4th festival, the theme of which is top secret. That’s right folks, quarterly beer festivals at Stone. Set your tasters to “Yum!”

Having experienced some weekend crowds at Stone previously, I was concerned this festival would be a madhouse. Giant kudos to the Stone staff for ensuring that wasn't the case yesterday. I would say the number of people was the perfect amount: you definitely filled the place, but there were not many lines, and there was plenty of room to move around. Thanks so much for the great time!