Alas, the 2009 Great American Beer Festival (GABF) is over. All 495 competing breweries have packed their beers and headed home, some with shiny pieces of bling dangling from their necks (or if you’re Jeff Bagby, A LOT of bling), others sans bling but with the bolstered pride that comes from wowing thousands of beer fans with their delicious creations. Ken Schmidt happened to be part of the latter camp, and although he didn’t win in the Pro-Am Competition at the GABF, he came away with his head held high from the insane buzz that Ken Schmidt/Maui/Stone Kona Coffee, Macadamia, Coconut Porter generated. He called me during the fest to relay the results of the Pro-Am and left this message: Ken Schmidt Voice Message from GABF

Just like at the Stone 13th Anniversary Celebration and Invitational Beer Festival, Ken Schmidt/Maui/Stone Kona Coffee, Macadamia, Coconut Porter was the object of bountiful adoration. It was the first keg to blow at the Pro-Am table, and it generated the longest lines. Ken said that he had a blast competing in the GABF, but it was only part of the exhilarating journey that began with his victory at our homebrewing competition back in March. “Competing in the Pro-Am Competition at the GABF was thrilling,” Ken said, “but being chosen by my brewing peers and the panel of eight from Stone (to help brew the Pro-Am selection with Stone) holds the greatest excitement for me. It has been a wonderful journey.” 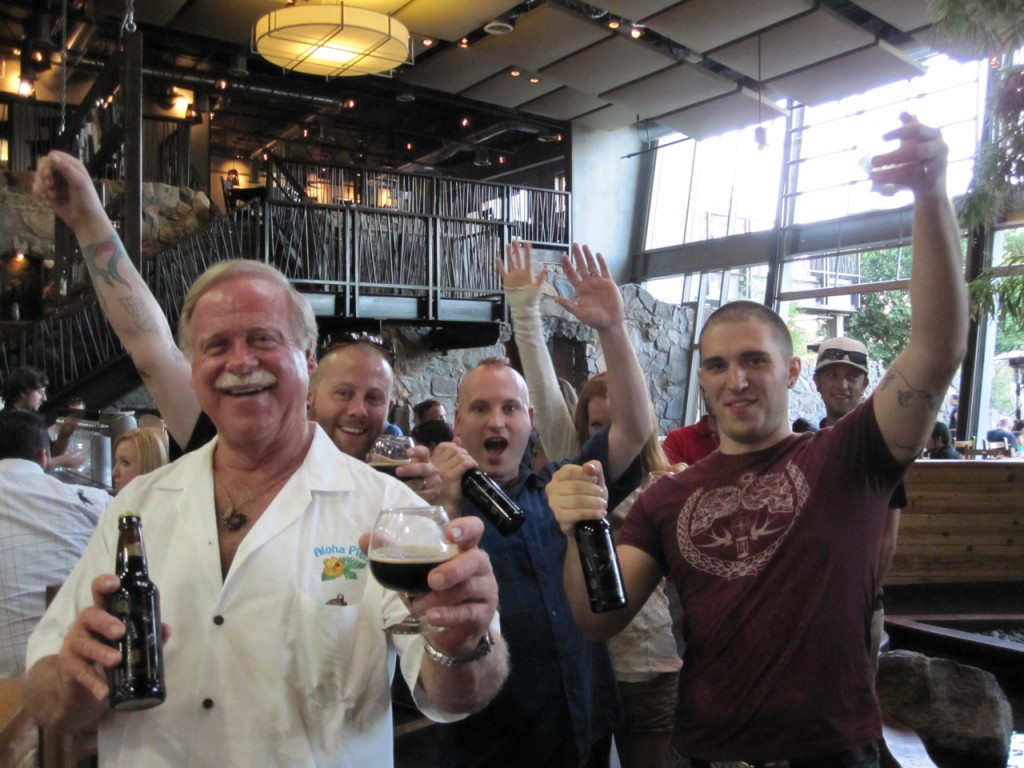 We anticipate our next AHA Rally and homebrewing competition will be some time in March. Sign up for our homebrewing email newsletter for updates. When I talked to Ken on Monday, he said that he’s already brainstorming some more special brews to share. If they’re anything like his Aloha Plenty, we’ll be giddily awaiting their appearance. -Matt Steele