Stone the top rated beer brewed in the UK. Wait, what?

Bryon Wischstadt, our beloved IT Director, recently stumbled upon a surprising tidbit on Ratebeer.com. He was perusing some of the ranking lists when he came across the Best Beers of Britain page. On the top of the list in the number one slot was “Stone California Double IPA.” Understandably, his first reaction was—“Wait, what!?” 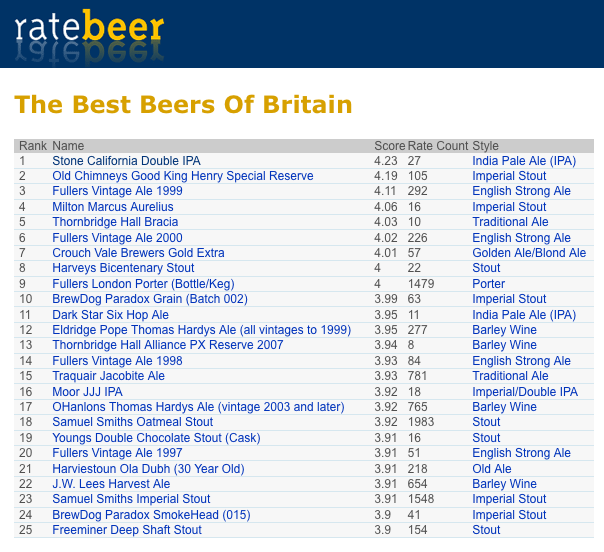 Ok, so this link is a little old, but it missed our radar when it was fresh. You can find the latest link here (sans Stone California Double IPA, since it's now a retired beer). But for a fleeting moment, we were in the number one spot for beers brewed in Britain in 2008. How the hell did that happen? Let me explain. 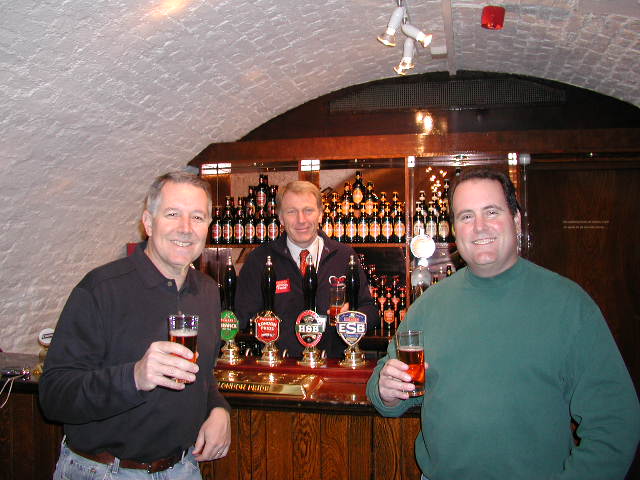 Steve and Mitch enjoying a beer at a tour room bar at Fullers. The man behind the bar is Fullers brewer Derek Prentice. Click on the photo above to read Steve's notes from the 2008 Stone email newsletter.

Last March, Great Britain's JD Wetherspoons pub group held the world's largest Real Ale Festival and decided it just wouldn't be complete without a style known to hop heads as the "West Coast IPA." So who did they turn to to brew this hoppy masterpiece?  You guessed it—our very own Brewmaster Steve Wagner and Head Brewer Mitch Steele. Stringent international importing regulations and a mountain of paperwork, however, made getting the beer across the Pond rather tricky. Luckily, some very wise minds decided, "if we can't import the beer, why not import the brewers?" So Steve and Mitch scored the trip of a lifetime and brewed a special batch of Stone California Double IPA at the oldest operating brewery in the UK, Shepherd Neame in Kent. 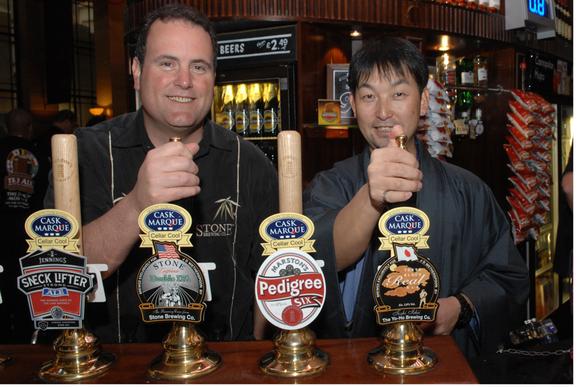 The beer was an instant hit. In fact, they sold out of the beer so fast that they forgot to save us a keg to serve at our Stone Company Picnic. We were flattered by its popularity, but we would have liked to taste it ourselves! Nevertheless, we’re proud to have once laid claim to the number one beer brewed in the UK, even if it was only for a brief time (and the result of an unlikely technicality). -Matt Steele
Category:
Miscellany
TAGS:
Best Beers in Britain, JD Wetherspoons, ratebeer, Real Ale Festival, Shepherd Neame, Stone Brewing, Stone California Double IPA