A little while back we asked you via Facebook if you had any questions for us about our European brewery project. From the fusillade of responses, we have deemed the following to be worthy of answers. If you’ve got a burning query we didn’t cover here, feel free to ask in the comments. Q: Are you going to use European ingredients? A: Yes, undoubtedly, although we’ll probably import some American hops. Fortunately, you get a lot of bang for your buck with hops; they’re compact, lightweight, and pungent. So it shouldn’t add up to much in the grand scheme of things...even with the copious amounts we love to use. Q: Are you going to explore new styles of beer or keep the same style that Stone is known for? A: We will continue making Stone-style Stone beers. As in, we will certainly make new beers, but they will always keep with our approach to brewing. We will look for inventive ways to incorporate local ingredients, riff on regional styles, and generally exercise our creativity in the brewing process, but our beer will still be recognizably Stone. 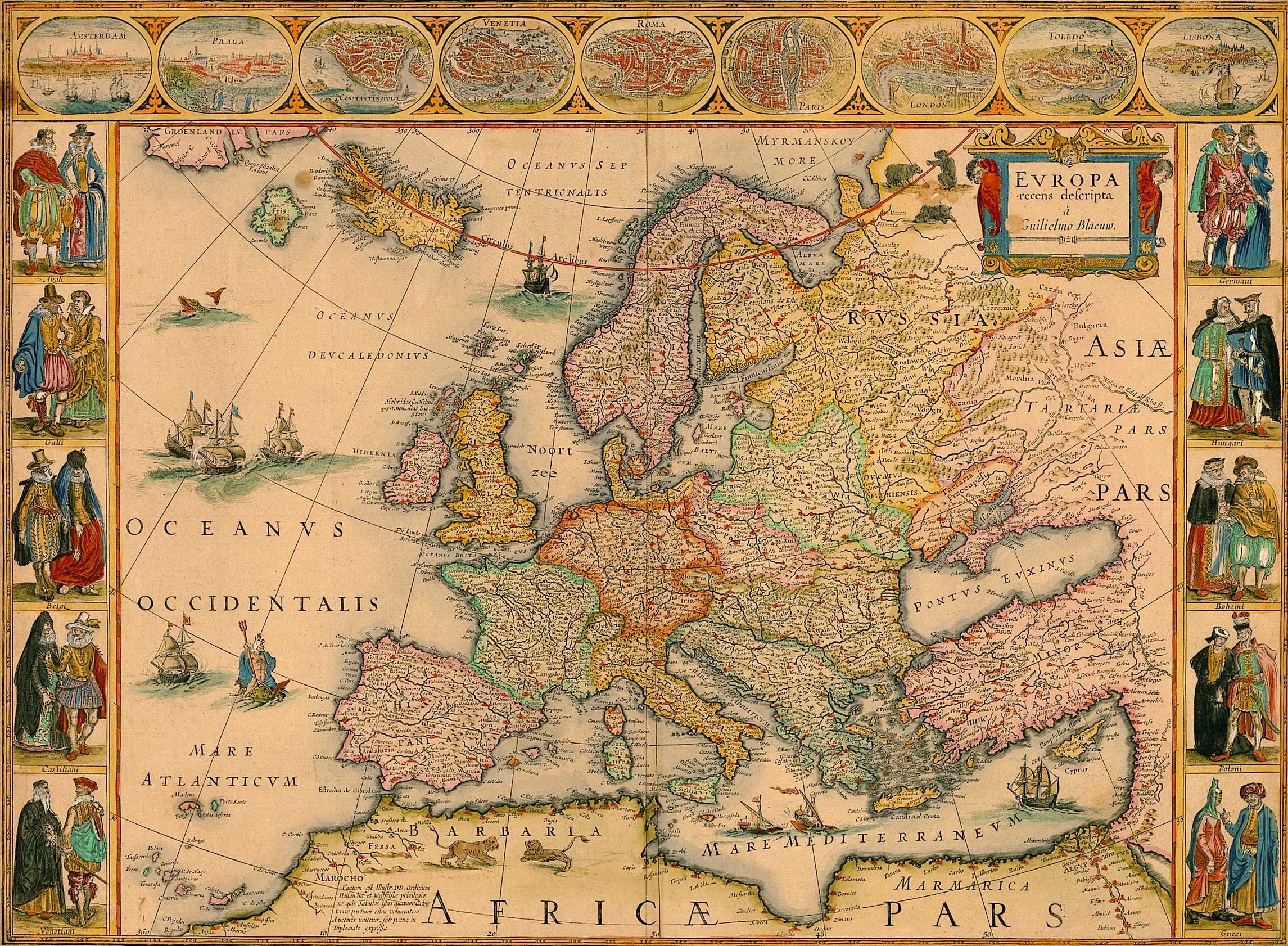 We're going to build a brewery somewhere on here

Q: Why Europe and not [my hometown]? We’d love a brewery/your beer here! A: Undoubtedly you would, and we are in fact rolling out distribution in new areas at a rate of approximately 2 states per year. That’s the fastest we can sustainably enter new markets. So if you can’t get Stone right now, hang tight, we’re on our way. As for building a brewery in Europe rather than somewhere else in the U.S., keep in mind that the primary goal of this project is to build a production brewery. No amount of capacity will make it any cheaper, more environmentally sustainable, or freshness-preserving to ship beer across an ocean. So there’s a basic logistical reason for the choice. More abstractly, we believe Europe is in the early stages of a brewing revolution. The forces of consolidation and homogenization have wrecked havoc on the noble European brewing tradition in much the same way things got so desperate in the U.S. prior to the craft beer revolution (admittedly, things aren’t as bad as the low point of 45 or so breweries in all of the US that we had in the late 1970’s). A smattering of small, highly creative European breweries are challenging the dominance of fizzy yellow beer, and we want to be a part of their movement. Q: Can I get a job at your European brouwerij? A: Maybe, if you’re amazing at what you do (and speak several European languages.) Q: Will you make brews available only in Europe? A: Pretty much. We believe it’s important to support the struggling postal system by forcing American beer geeks to trade European beer geeks for our Euro-only beers. In all seriousness, yes of course there will be Europe-only beers. The whole point is to avoid shipping all that glass and liquid across the world. Consider it an excuse to engage in beer tourism. That being said, we’ll probably ship the odd keg or case back and forth a little for special occasions, but it’ll likely be a rather insignificant percentage of our total production. 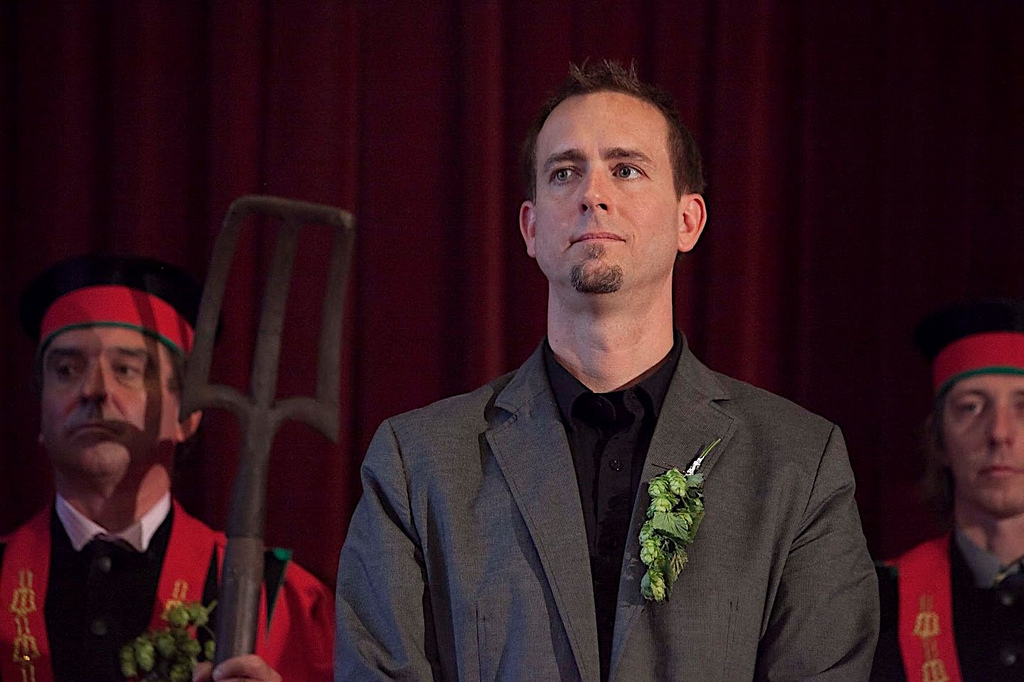 Sir Greg being knighted by the Belgian Knighthood of the Brewers' Mashstaff. We're legit in Europe, yo

Q: Will your beers abide by the Reinheitsgebot? A: First, some clarification. The Reinheitsgebot stopped being part of German law in 1988, so we’re certainly under no obligation to comply with it in the event we build our brewery or sell our beer in Germany. But backing up even farther, the Reinheitsgebot was essentially a labeling law; you could still make beer with just about anything you wanted, you just couldn’t label it “beer.” That said, most of our year-round beers are Reinheitsgebot “compliant,” while many of our special releases are not. Q: Do you think Europe is really ready? A: “Europe” as a whole is not ready, and neither was the U.S. in 1996 when Stone was founded. But our goal isn’t to make beer for everyone; it’s to make beer for the people who share our incredibly good taste in beer. So we’re neither concerned nor interested in whether an entire continent’s worth of people are ready for our beer. But we do know that there are Europeans who are excited about breaking the hegemony of fizzy yellow beer by supporting innovative brewers. And that’s enough for us.

Ok, I haven't been keeping up with all the Stone news as I'm one of those (soon no longer to be) deprived European beer geeks, but one of the guys I talked to at the Bistro when I visited last fall mentioned you might be opening up shop here.

Seeing this blog post, my wife and I both nearly soiled ourselves.

I speak German and Italian. Does that qualify as enough languages. Oh, I speak American also.

What's the time frame for all this to happen?

Greetings from Berlin!
Glad to see from recent articles that Berlin may still be in the running for your European Brewery site.
Dont know much about Brugge/Belgium, but I do think you'd be hard pressed to find a more historic and interesting city than Berlin. If you're still trying to make up your mind, fly in for the Berlin 15th Annual Beer Fest, Aug. 5-7. (http://www.bierfestival-berlin.de). I'll be the guy in the black Stone Tee.
Either way, wish you great success in the endeavor.
I think you're beers will be a sensation.