You're About to Become Familiar with Quingenti Millilitre Bottles

They are the great white buffaloes of Stone’s line-up. Like a cross between a unicorn and a siren, they appear enticingly for the briefest instance, only to disappear in a flurry of whispers. They are Stone’s barrel-aged beers and special treatments. Stone Imperial Russian Stout Aged in Bourbon Barrels. Double Dry-Hopped Stone Ruination IPA. Stone Old Guardian Barley Wine Aged in Red Wine Barrels. And many more. 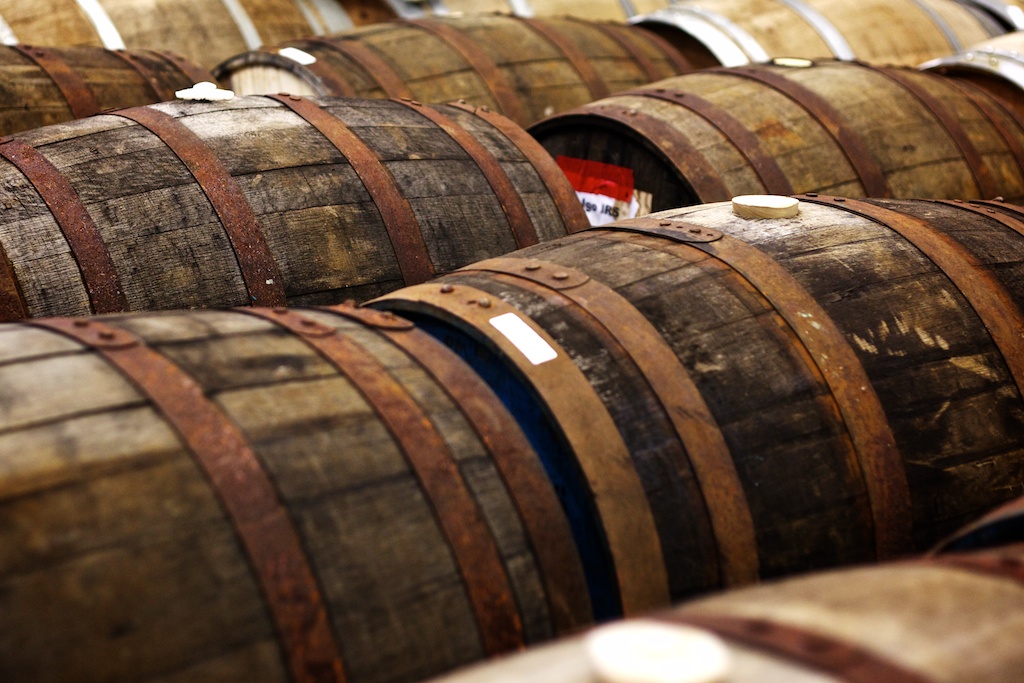 Now, we are utterly thrilled to be announcing that some of these sudsy jackalopes will be available in quite debonair (if-we-do-say-so-ourselves) 500ml corked-and-caged bottles. Here’s the rub: There will be very few of these bottles available, and irregularly at that. At least for the foreseeable future. Space is our biggest constraint, and filling up our brewery with barrels just isn’t an option. So if you can’t get these, we’re sorry, we really are. We’ll try to make more, and if you can make it to one of our events, there’s a chance you’ll get to try them on draft. But that’s the best we can do…for now. 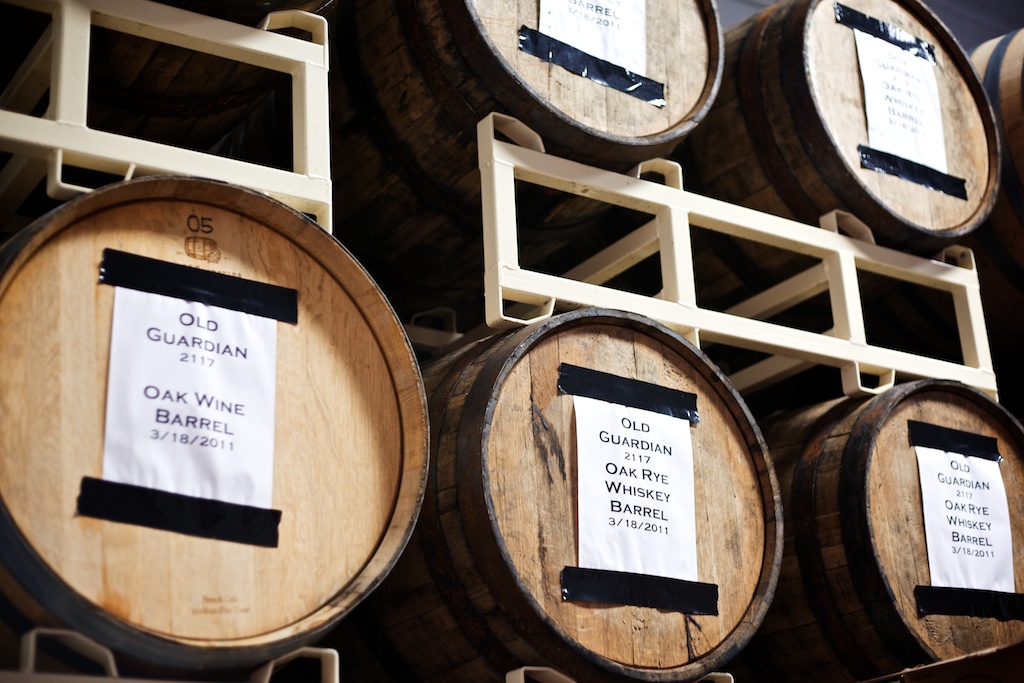 Yeah, we've tasted these, and they're damn good

Without further ado, our first “Quingenti Millilitre” release will be…Ken Schmidt / Maui / Stone Kona Coffee Macadamia Coconut Porter Aged in Bourbon Barrels. Yeah, that’s right. We’re releasing that. All 672 bottles of it. Tentative release date: sometime in July. Stay tuned for release details, but this will be a brewery-only release due to the very small quantity. If you need an excuse to visit America’s Finest City and come to our gorgeous Stone Brewing World Bistro & Gardens, here’s an excuse. You’re welcome. 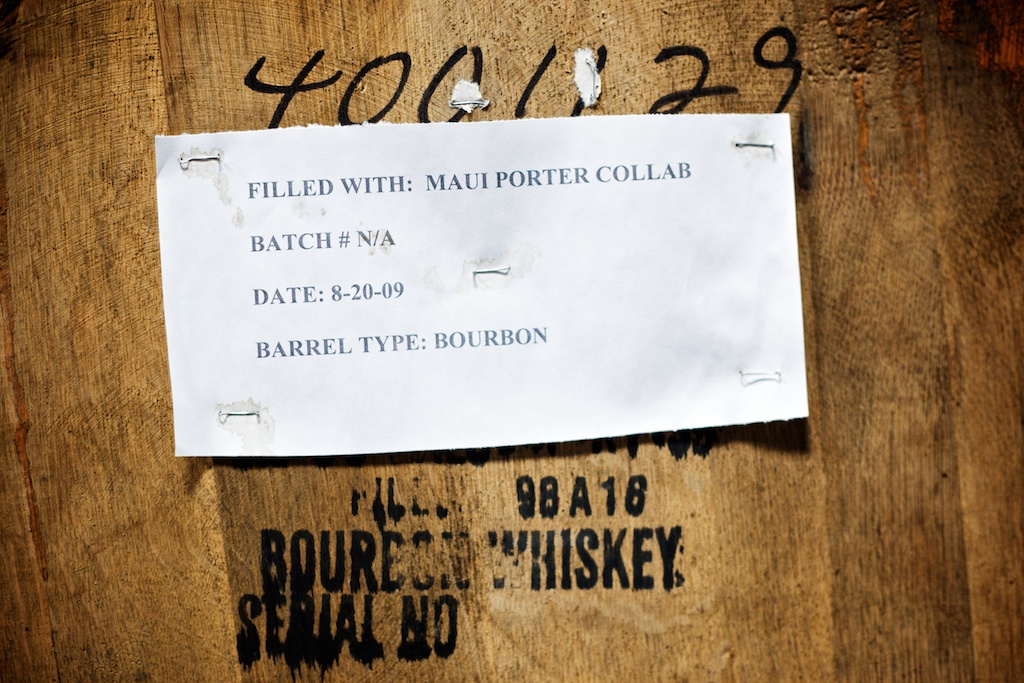 This. In bottles. Probably in July.

To keep the Quingenti Millilitre releases flowing, we’ve brought in a whole lot of new barrels, which are temporarily stacked in our cellar. Namely, we recently acquired 346 184 Scotch whisky barrels—some of which we’ve already filled—along with a handful of new wine barrels and bourbon barrels. So expect to see the results of these delicious experiments released in bottles over the coming years. In fact, a small amount of 2011 Stone Imperial Russian Stout & 2011 Stone BELGO Anise Imperial Russian Stout—which will be released May 31st—is already resting gently in a variety of barrels. But that’s not all, folks! We may well release Quingenti Millilitre bottles of our double dry-hopped beers or other unique treatments we dream up. So keep your barrel-aged ‘beerdar’ on. We’ll send updates here and on our Facebook page and Twitter feed. Oh, and what the hell does Quingenti Millilitre mean (well, besides denoting something tasty)? It means quite simply “500ml,” which is the size of the special bottles.  And it’s the name we’ve given to the series (“Brewmaster’s Series” or “Brewer’s Special Reserve” and all that just sounded too cheesy).

OMG! I've been asking for this for years. Ken W, Greg, Bill, I would always get a shake of the head "no" that's probably not going to happen.

YAY! Such good news. Tell the powers that be with the barrels we want 06 (or the next year avail) Double Bastard in Brandy Barrel in bottles. I would die. That beer turned me on to craft beer, and has been in my top 3 fav beers of all time ever since.

Good to see you this morning BTW ;).

Great news, hopefully this makes it north to OR!

Yes, please, send some to Oregon. Corvallis, to be more precise.

Hmm....
Maybe some Cherry Chocolate Stout makes it way in one of those barrels?!?!

Here's an odd ball question for you, most breweries do their reserve series or higher allocated beer in 750ml corked and caged (25oz). A 500ml bottle is only 16oz, smaller than what you currently offer for most of your beers; being 22oz bombers.

Are you doing 500ml to fit a niche? Is it because you don't have enough beer barrel aged for 750ml or bombers? I guess I am at a loss as to why your going the route for 16oz as a "series" or "line" that you'll be producing when it's smaller than what you currently offer and smaller than what every other brewery world wide offers in terms of their limited release beer.

We like the size. 500ml is big enough to share, and small enough not to have to.

I am from Colorado where I have a hard time finding more than three or four Stone brews on the shelf at any given liquor store. I am a huge fan of Stone, but I have to ask why expand the brewery by building a new one in Europe rather than expanding the current facilities stateside?

I would love to get my hands on Stone special treatments, but it is nearly impossible. How much will the new brewery increase distribution of these hard-to-find brews to people like myself?

Regardless, I will be making a pilgrimage to the bistro and gardens sometime this summer. Perhaps July? The Maui porter collaboration just might be worth the trip...

We explained the Euro project in a blog post on April 25th: http://blog.stonebrew.com/?p=2348

Are we going to be seeing the Stone Ruination aged in whisky barrels anytime soon?

How dare you tease us with hints of draft! ;)

So can we expect the barrel aged Russian imperial the same day as the regular? Im planning a day trip and wanna make sure I get there early enough to get my share.

Sorry about the last comment...iPhones can really suck sometimes.

It is great hearing about all the new things coming out of stone. I had the beer while visiting family 2000 and drink it when I can get it. My favorite is the oaked arrogent bastard and the old guardian. I'm getting ready to go to Oregon state to study fermentation science and that would be a dream job to live back in san diego and make beer for a living, unless the europe thing works out. Keep making great beer and looking forward to the pumpkin beer.

When do you expect the 1st batch to be bottled. I so want to get my hands on some really bad. Living in TN I have to get most of your limited stuff from Hi Times.

So, what ever happened to this?

We expect to have an announcement next week.