This is part 1 in a four-part series on barrel-aging beers
and Stone Brewing's barrel program.

Over the past few years, we’ve gone from dabbling in the oaken arts to a full on wood obsession, stocking up on oak vessels of virgin, French and American heritage, tinged with everything from red and white vino to fortified wines and spirits. The latter have included just about every brand of fire water the mind can conjure. The results of our wide ranging barrel experiments have siphoned out to the beer-drinking public primarily via our Quingenti Millilitre line of brews, and have been well received by our fans (and us) thanks to an incredible depth of flavor that wouldn’t be possible without the woody, charred, vanilla and other flavor nuances imparted by the aging receptacles.

Stone and our fans are so enamored with our barrel-aging program that, over the course of 2014, we’re sharing a four-part blog post series taking questions posed by curious Stone fans and including answers from our master of barrels, Research & Small Batch Manager Steve Gonzalez. For this, the first part of that series, he is tackling queries having to do with the imparting of oak flavors. Sit back, relax (enjoy a fine barrel-aged brew if you have one handy) and be prepared to have some serious knowledge dropped. 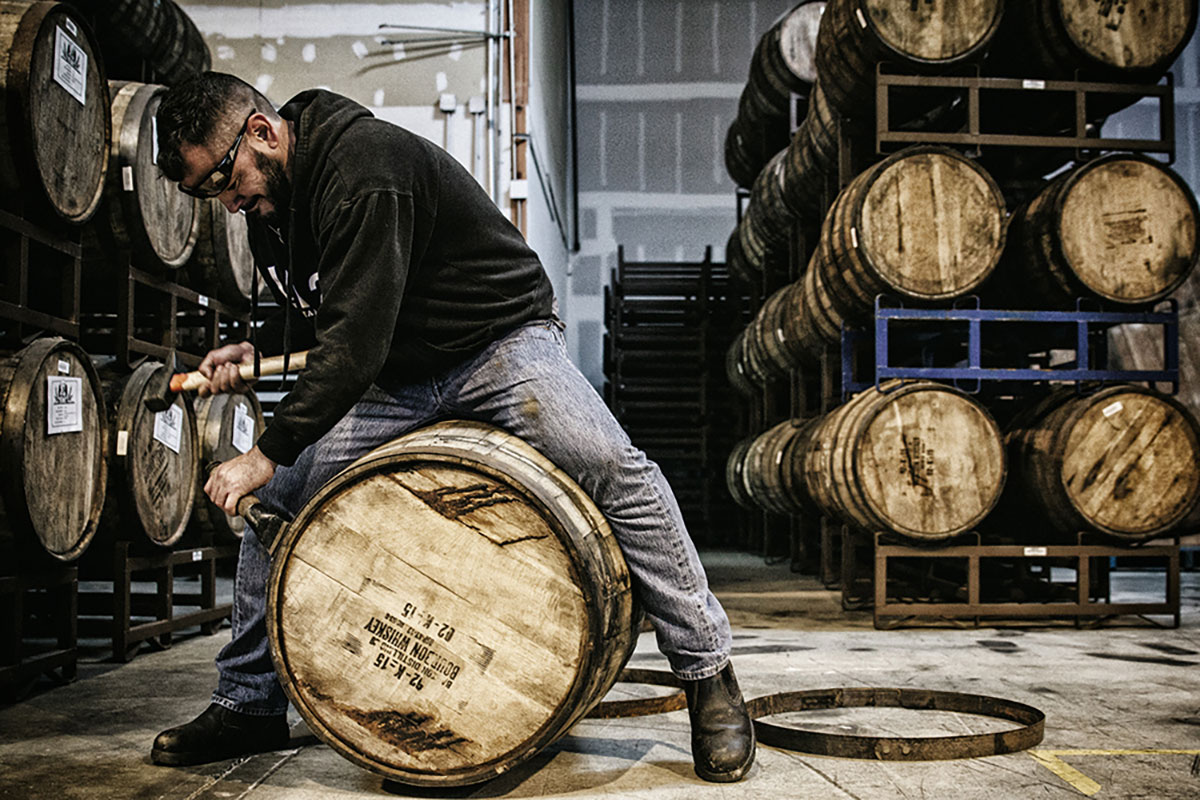 How do you oak age a brew to add complexity, but minimize super-oaky flavors? More specifically, how is the amount of time spent in oak determined for each brew?

For barrel-aged beers made in wine barrels, the wine barrels have usually been used three-to-seven years before we get our hands on them. This means a lot of the massive flavor impact of a new barrel is not really an issue. The vanilla flavors from a bourbon barrel peak after about six months. Continued aging will add more wood flavors and oxidation, but not more of the sweet caramel and vanilla flavors. For oak-aged beers that are not barrel-aged, using the highest quality oak chips to get a great oaky flavor without the tannic bite is critical.

You want the nuttiness, vanilla, caramel, coconut and wood flavors, and you want a little of that bitter walnut flavor, but you don’t want the harsh puckery, astringent bitterness reminiscent of raw acorns or black walnuts that you get from raw, untoasted and unaged oak. Here’s a little trick I learned from my days making wine. Take a wood chip you want to evaluate, weigh out six two-gram samples, uncap a six-pack of beer that you think might work well with oak, and add two grams of chips to each bottle. Have some sanitary caps soaking in iodophore and then recrown the bottles, giving them a gentle tap on the side to foam up and drive the air out of the headspace just before crowning with a hand capper. Taste the beers every few days and keep detailed notes on the results. You can scale it up from there and know what type of flavor profile will result. 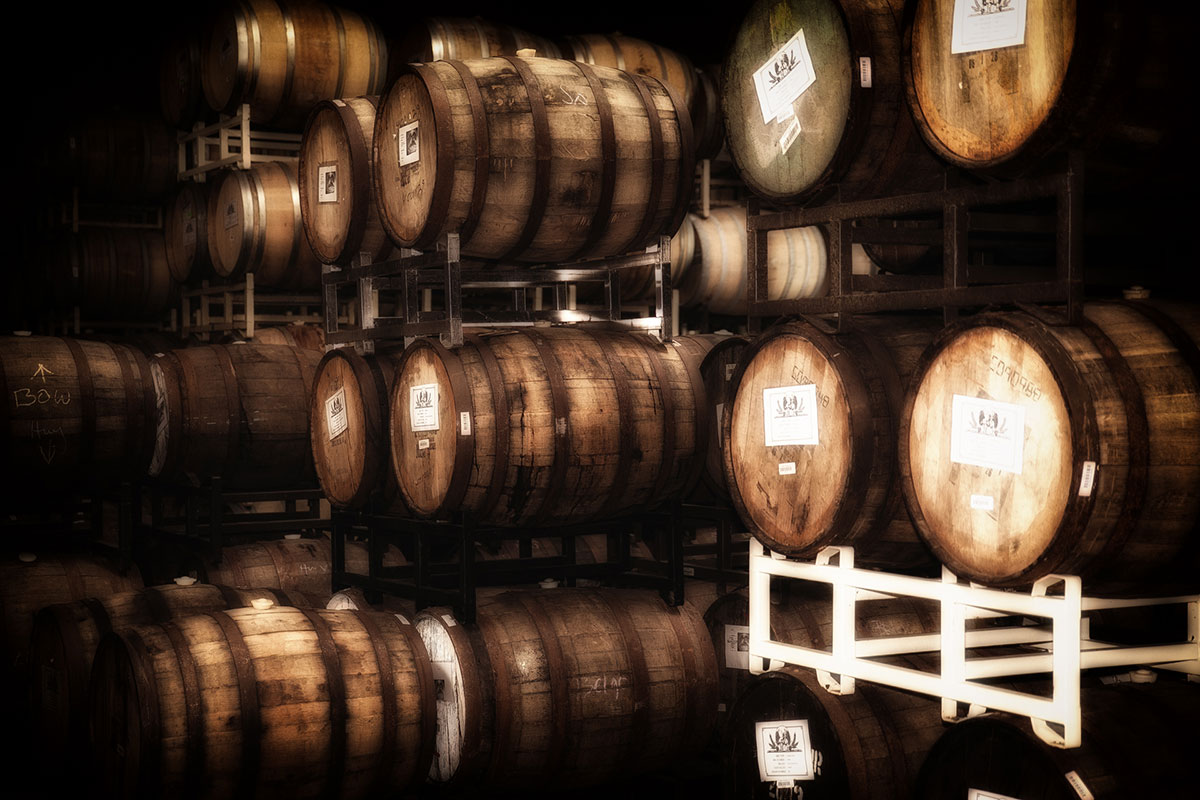 How many times do you use your barrels?

I like to use them twice, depending on the barrel. Different flavors will result from first to second use, as well as blending the results of the first and second uses together. For bourbon barrels, there is still a ton of coconut, caramel and vanilla that is imparted in the second use, but without the boozy heat of the bourbon. Wine barrels impart different flavors with each use. In our experience, a sweet cherry note from a first use Pinot Noir barrel might be more delicate in its strawberry character than on its second use. I do not recommend the use of rum, brandy, Scotch, or tequila barrels more than once. They will be extremely depleted after the first use and the spirit character will be greatly diminished. 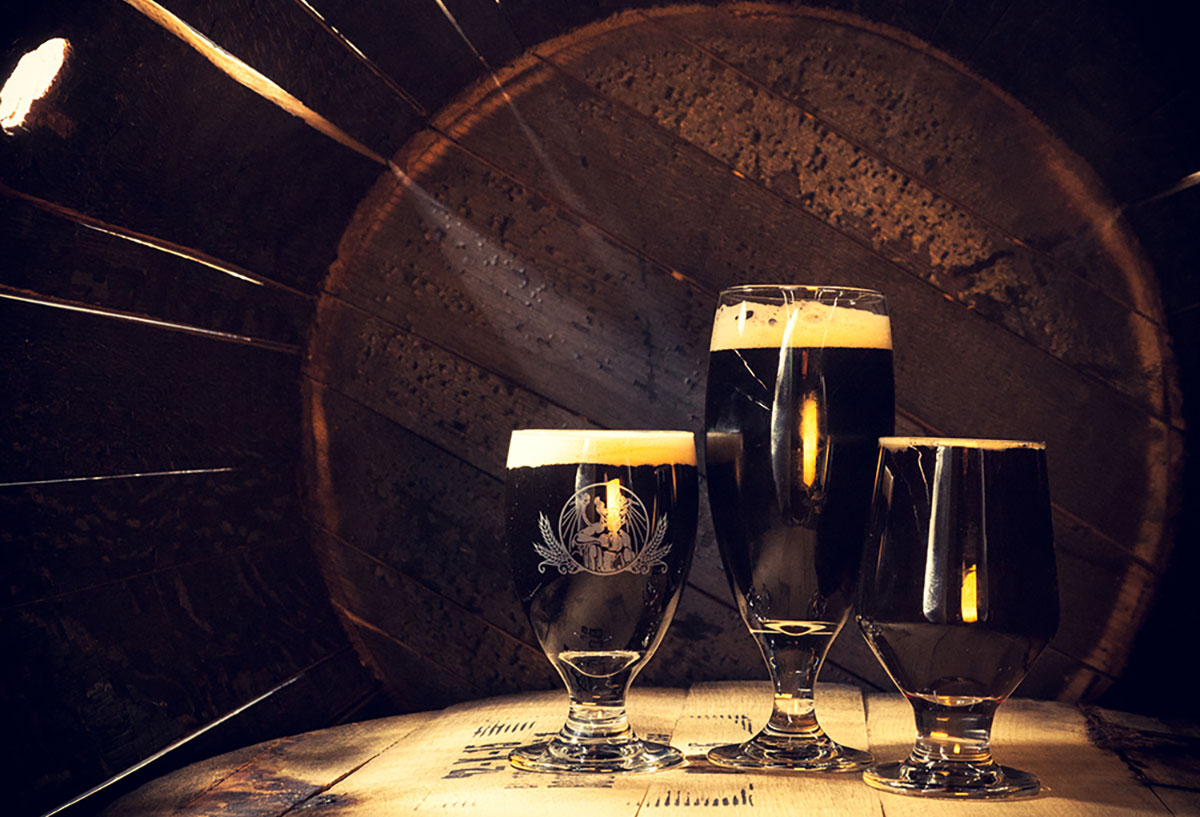 Do you have any advice for homebrewers who want to barrel-age their beer?

Of course! For barrel-aged beer projects, don’t start down this road until you reach a stage where you can completely fill a barrel. Spirit barrels will be 200 liters, or about 52.6 gallons, while most standard wine barrels are 225 liters in size, or about 59 gallons. Keep that in mind before you commit to filling a barrel. Make sure the barrel will hold liquid first and re-hydrate it by rolling the barrel onto one head and pouring boiling water on the other head. Let the head stand overnight, then flip the barrel onto the other head and pour boiling water on that head before allowing it to sit overnight. This will help to keep the barrel from leaking and leak-test the barrel prior to filling. Wine barrels will benefit from a quick hot rinse, filling one half-full with very hot water, about 190 degrees Fahrenheit, and rolling from side to side for a few minutes, then emptying. This will ensure that if the barrel was treated with sulfur, much of it will be rinsed out.

A spirit barrel that comes in wet (with spirit remnants still present in the wood) does not need rinsing prior to filling. For those not quite ready to jump into the barrel game, I highly recommend starting with very high quality oak chips. Add rates at 0.1 to 0.25 pounds can give nice oak intensity. Innerstave, Gusmer and Vivelys all produce some excellent chips. With some of their better products, the chips are aged prior to toasting to remove harsh tannins and enhance sweetness. Innerstave American Medium Toast is awesome for coconut and raw wood flavors, while Vivelys Boise DC 310 is a heavy toasted oak that will give a ton of forest fire aromas and vanilla flavors, resulting in a beer with a flavor reminiscent of a campfire marshmallow. See if you can go in with the rest of your homebrewing club to buy a 50-pound bag of chips and go from there.