It’s 7 a.m. on a Friday and stainless steel gleams bright in our dawn-lit Escondido brewery. Packed in behind a 120-barrel Rolec brewhouse is a small, custom-made pilot batch brewery dedicated entirely to recipe formulation and experimentation. Steam begins to billow out, as if from a loud, angry Victorian-era locomotive. The piney, resinous, earthy smell of hops fills the air, and over the course of a morning, a beer is born. 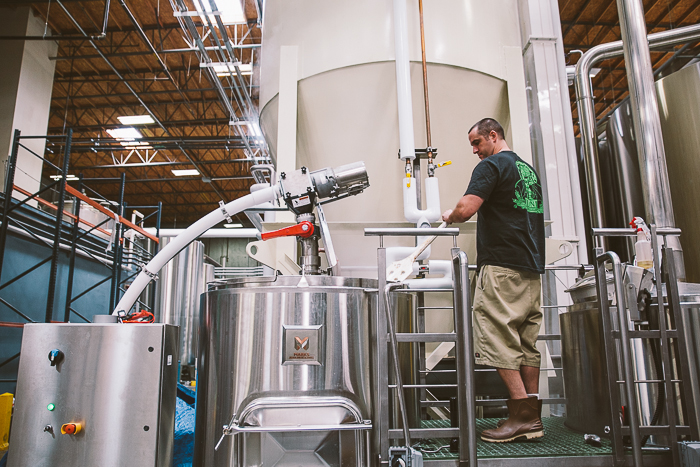 On this day, it’s Chuck Rudolph, a four-year veteran of Team Stone who is bringing his concept to life. Chuck was originally noticed by a Stone sales rep at a local beverage store, and hired to work at Stone Company Store - Escondido. After a short stint there, he started working on the bottling line, quickly moving up the ranks to his current position with the Brew Crew. Due to certain circumstances, he was unable to participate in our in-house brewing competition, the Stone Spotlight Series, and instead granted a shot at brewing a recipe of his devising on our five-barrel pilot system. In addition to making up for his absence from the competition, working on the smaller system provided the young and talented brewer some recipe formulation and small batch experience. It’s one of the reasons Stone installed the pilot brewhouse, that and providing opportunities for creativity and experimentation among members of the Brewing Team. 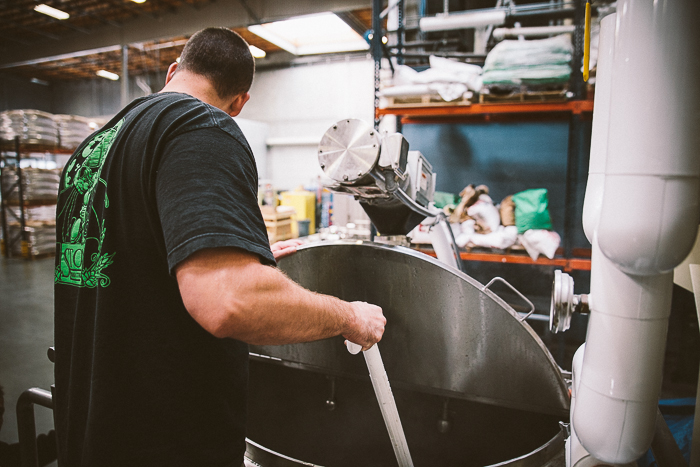 Getting your own beer brewed at Stone is kind of like getting a bill through Congress, except in our case, it’s a lot quicker (and you tend to actually like the people you have to work with to get your initiative approved). A prospective idea either gets pitched or assigned to our small Batch Manager, Steve Gonzalez (pictured triumphantly beside Chuck below). In the case of a brewer’s beer, it’s a pitch from a member of the brew crew. Very few limits are put on ingredients and process, allowing for a great deal of freedom and nearly infinite forms of beery expression. This means new hops, new malts, new ingredients or even a lengthy hibernation period in used wine or spirit barrels. 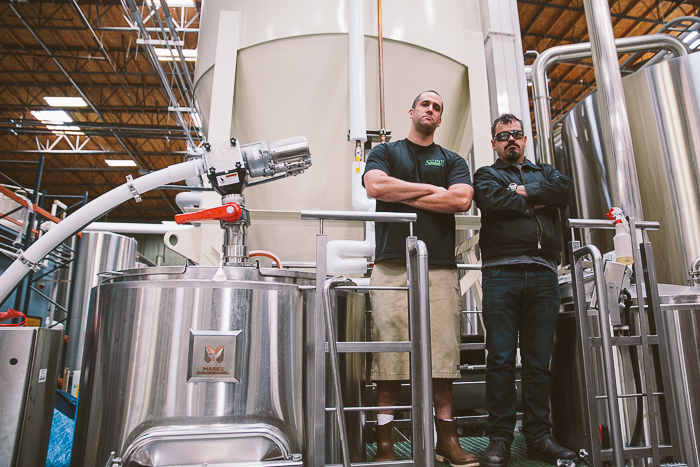 For Chuck’s beer, there will be no oak. His is a beer that will be best enjoyed in its freshest state, an homage to one of his favorite beers, Stone 13th Anniversary Ale. His take on this American-style red ale included loads of specialty malts—Chocolate Wheat, CaraAmber, Midnight Wheat—giving it a deep crimson color and some heft in the body. New World hop varieties such as Apollo, Mosaic and Galaxy, bring on a juicy finish. The end result is a beer with balanced, hoppy and malty goodness ready for dispensing into glasses and growlers under the name #Rojo Bolo (a reference to San Diego Chargers quarterback Philip Rivers and his colorful choice of Western-style neckties). 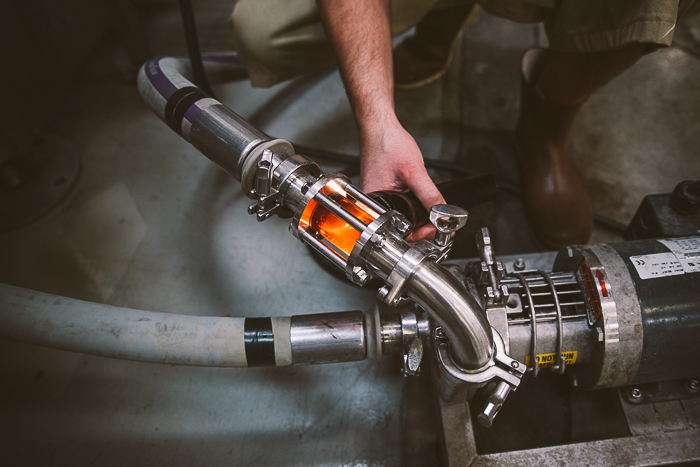 As we move forward, further breaking in that five-barrel system, we plan to introduce our fans to even more of our brewers’ personal recipes (and with them, those artisans’ personalities). So, keep coming back for more of these unique beers at our Stone Brewing World Bistro & Gardens and Stone Company Store locations…and don’t forget your growler!