It’s easy to look at craft beer as some sort of underground club, with all of the secret passwords (Reinheitsgebot?) and acronyms (IBU, OG and CO2 to name a few). Plus, you know some particularly beer geeky bottle-shares must have unique and complicated (if not completely dorky) handshakes. But once you get into the world of beer, it isn’t so intimidating. The hardest part is becoming aware that the world of craft beer exists at all. Having a guide already privy to the lingo, hot spots and best brews makes things a lot easier. Nearly every craft beer fan has a good-hearted shepherd to thank for taking the time to expose them to something better, and we want to recognize these people for the good they do. To put it simply, by selflessly guiding people toward the promised land, they make the world a better place. That’s why we’re asking you to take a moment to call them out for their good deeds on social media. Go online and tell us who showed you the light by telling your story and tagging them on Facebook or calling them out on Twitter using #craftbeershepherd. When doing so, take a second and ponder where you would you be without them—perhaps falling for gimmicks like Vortex bottles, black crowns, crafty branding and subsisting solely on American adjunct-laced swill. Praise be to the #craftbeersheperd! 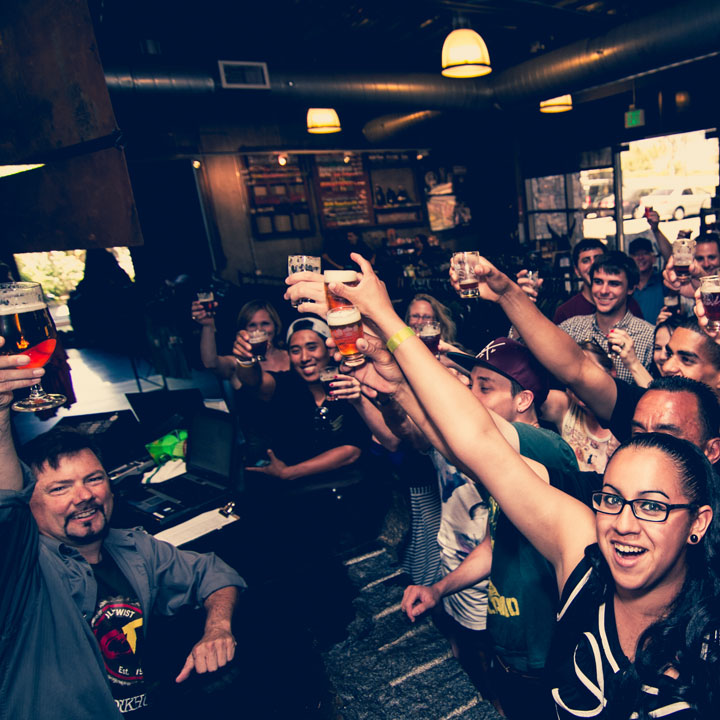 Even two of our most prominent beer lovers here at Stone Brewing Co. have someone they can thank for their exposure to, and subsequent love of, craft beer. Check out their origin stories, reminisce about your own and then share it and your #craftbeershepherd for all the Internet to see! And don’t forget the glories of paying it forward and earning this soon-to-be-vaunted title for yourself! 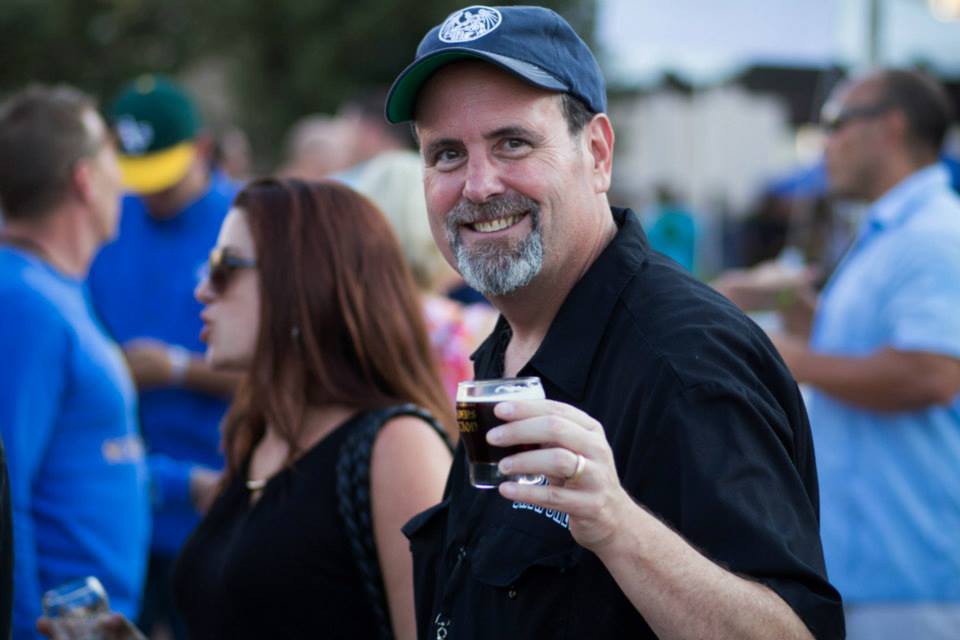 Mitch Steele | Brewmaster, Stone Brewing Co. Who introduced you to craft beer? I was a fermentation science major at UC Davis in the early 1980s. I was focusing on winemaking until I heard brewing professor Michael Lewis speak at a microbiology class I was taking. I absolutely loved beer, and the thought of learning how it was made and combining the science with the art appealed to me tremendously. I immediately shifted my focus to brewing science. Michael used to join his students for a beer on Friday afternoons, so after I started taking his brewing classes (and after I turned 21) we visited a pub in downtown Davis that was serving Anchor Steam. I found the taste to be very unique: bitter and malty at the same time, and it was a deep amber color. The first taste was a bit of a shock to the system, but I quickly got to the point where every sip of that beer was wonderful. So that got me interested in craft beer. But then a brewing class field trip to the very young Sierra Nevada Brewing Co. sealed the deal. Seeing a 10-barrel brewhouse, open fermenters and the craftiness that went into building their brewery was very exciting. And then tasting their magnificently hoppy and bitter beers—that was the clincher. I knew I needed to brew beer like this. Was it an instant click or did it take a while? It was pretty much instantaneous, though it took me a very long time to drink craft beer almost exclusively. Working at Budweiser for 14 years will do that. I always had in my refrigerator, but any time AB InBev came out with something all-malt or hoppy, I stocked up on as much as I could. I also visited craft breweries whenever and wherever I traveled. I think part of me knew I’d always get to focusing 100% on craft beer. That total focus on craft came when I joined Stone eight years ago. What was the a-ha beer, brewery or bar? Lyons Pub in Dublin, California was the first multi-tap, craft-only place I ever visited. They were also the first outside account to put one of my beers on tap back in the late 1980s when I was working for San Andreas Brewing Co. in Hollister, California. Judy Ashworth owned Lyons, and she was the Beer Ambassador in the Bay Area. She championed craft beer tirelessly, and my experiences at Lyon’s sold me for life. 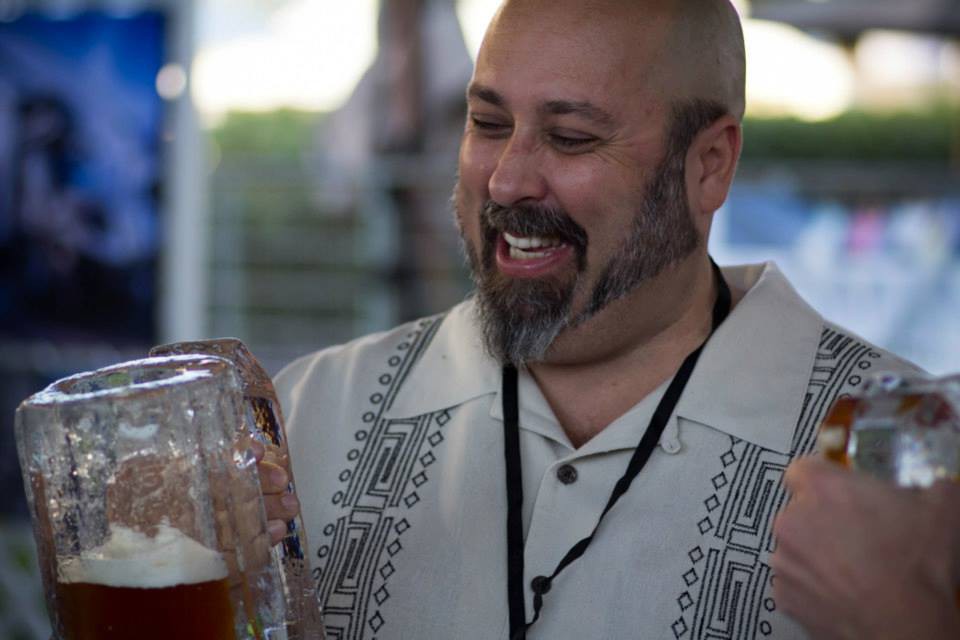 “Dr.” Bill Sysak | Craft Beer Ambassador, Stone Brewing Co. Who was the person that introduced/got you into craft beer—tell us about it in nice detail! One day in the summer of 1977, I was sitting in my parent’s backyard in Garden Grove, California making a Lowenbrau tree with my friend. Part way through the case, my dad (who I thought was at a meeting) came home and caught us. Luckily for me, my dad had made a fortuitous discovery a couple of weeks prior. He had started buying his Scotch at a new liquor store chain called The Liquor Barn and had accidentally walked down an aisle full of imported beer from Europe. This brought back fond memories for him. He had been in World War II and his Army Engineer Battalion had been stationed in England for a few months. During this time, he developed a taste for English ales, and gained appreciation for numerous other beers while driving through Germany. Unfortunately, when he returned home and eventually moved to the West Coast in the ‘50s the only beers to be found were those fizzy yellow ones from the macro producers. Happening upon the import beer aisle at The Liquor Barn planted the seed and catching us brought it to fruition. Instead of punishing us, if I promised not to drink and drive, he promised he would show me “what good beer tasted like.” Over the next three years, we started having Friday and Saturday night tasting sessions where we would try up to a dozen new beers at a sitting with various friends and family. We even had the opportunity to try beers from New Albion Brewing Company, the country’s very first (and now defunct) microbrewery. The next year, I was given Michael Jackson’s The World’s Guide to Beer, which further flamed my passion and gave us more beers to seek out. My father was my first beer mentor, followed by Jackson, Pierre Celis and Don Younger. Was an instant click or did it take a while? Right away I learned that I liked the different flavors that could be found in real beer. I even had my first beer-and-food pairing moment during that time when I made myself a peanut butter and jelly sandwich during a pairing session, found we were out of milk and washed it down with an Anchor Old Foghorn Barley Wine. I actually made everyone at the table try it and was amazed at the resonance they shared for the pairing.