While we follow our own muse at Stone, we also pay attention to our fans. Believe it or not, even with more than 600,000 followers across all of our social media channels, we read each and every comment posted on Instagram, Twitter, Facebook and more. It’s awesome to have fans that care enough to take time out to chime in on all things Stone, and every now and then, we glean suggestions that have serious merit. For instance, when we announced that our first ever beer, Stone Pale Ale, would be departing from our portfolio, we received a number of passionate comments. We went in knowing such an announcement would evoke emotional responses, because we, too, are fans of this 19-year-old mainstay. Early on in the social conversation, one of our fans asked for us to share the recipe for Stone Pale Ale so that, even though we won’t be brewing it anymore, it can live on for those with the gumption and wherewithal to brew it at home. This suggestion was immediately run up the flagpole to Stone Co-founders Steve Wagner and Greg Koch, who applauded the idea. The end result is this blog post, which contains the recipe for the soon-to-be-decommissioned Stone Pale Ale. We’re happy that this beer has meant so much to so many—ourselves included—and will have its place among craft beer enthusiasts beyond its lifespan in our brewhouse. Enjoy!

Clean and sanitize all of your equipment.

Lautering & Sparging Lauter the mash. Once the liquid is lower than the level of the grain, begin to slowly sprinkle 3 gallons plus 1 cup of 168°F water over the grains to start the sparge. Continue sparging.

Bottling When you’re ready to bottle, clean and sanitize the bottles, caps and bottling equipment. Put the dried malt extract in a medium saucepan and stir in just enough water to dissolve it. Bring the mixture to a boil over high heat. Remove from the heat, cover and let cool slightly. Proceed with bottling. 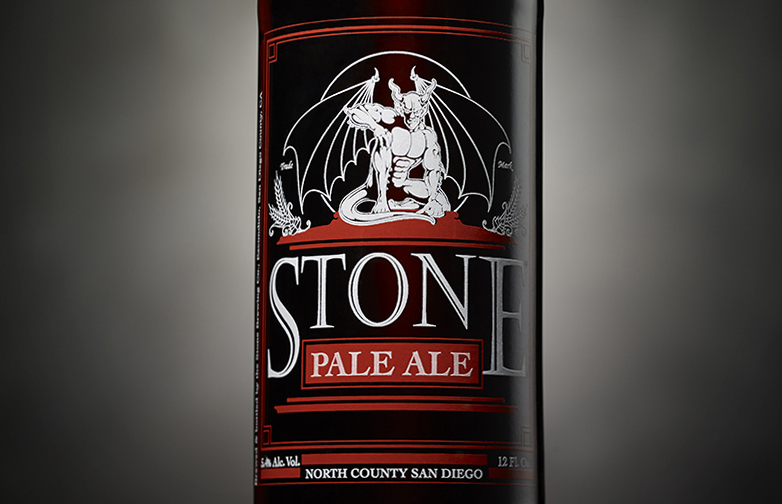 Thanks! It will live on as a regular in my brewing rotation!

Thanks for posting this recipe, I go back to it often to influence some of my own! I've noticed in this recipe as well as some from your book that many of stones recipes call for a short mash time. Is this because you feel conversion is complete? Or is this a special technique in getting an expected flavor profile? Or something else? Just curious as to why and what affects it has on the mash.

Thank you! I am very excited to make this.