You may remember a tasty little beer with a long name (no surprise there) that was brewed here with Ron Jefferies of Jolly Pumpkin and Kjetil Jikiun of Nøgne-ø and released last holiday season. Well, the brewmasters had such an awesome time brewing it that they decided to brew it again—but with a slight twist. Since the original brew included ingredients from each brewery’s region, the guys thought it would be cool to brew it in each of the three regions, on three different systems, with three unique takes on the same kick-ass recipe. 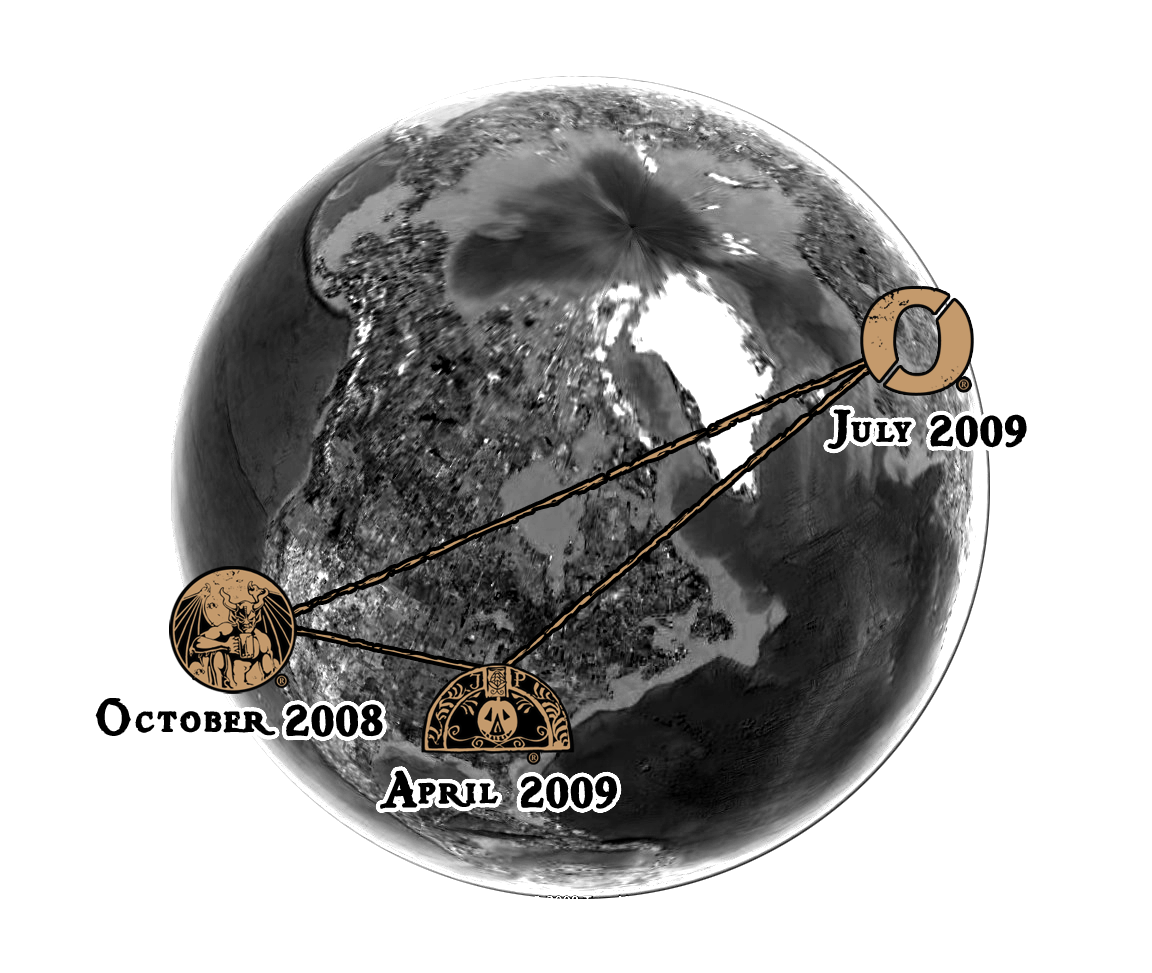 With the first award-winning interpretation already under our collective belt, Mitch Steele and Steve Wagner will be heading straight from the Craft Brewers Conference in Boston to Jolly Pumpkin in Dexter, Michigan this Sunday to brew the second batch on Ron’s system. Jolly Pumpkin’s emphasis on open fermentation and oak aging will impart some intriguing gustatory nuances. Here’s what Mitch had to say about it (Spoiler Alert!): “The brew is a repeat of the Jolly Pumpkin / Nøgne-ø / Stone Special Holiday Ale, but it will be fermented ‘Jolly Pumpkin’ style, meaning Brettanomyces and barrels. The idea is to use the exact same recipe in the brewhouse, but I know Ron ferments everything in barrels, and he’s got a lot of funk in his barrels, so the beer’s gonna go through this nice funkification process.” Although the recipe will be exactly the same (we’re even sending some of the ingredients over to Ron for consistency), we’re excited to see how the brew will fare after the prolonged “funkification” process and extended barrel aging. Having had Ron’s beers, Mitch expects the beer to be “softer, a little funky, and a little tarter than our version.” The bad news is that the beer won’t be released until holiday season 2010 to allow for barrel aging, so it’ll be a while until we can treat our taste buds to Jolly Pumpkin’s take on the brew. The good news is that Steve and Mitch are heading to Norway to brew the third iteration on Kjetil’s system at Nøgne-ø in July (Greg got to visit Nøgne-ø last year, now it's Steve's and Mitch's turn!). That version, with all of the intricacies imparted by Kjetil’s system, will be released this holiday season 2009. We’ll have more information when Steve and Mitch visit Kjetil in July. One thing’s for sure—these beers will be worth the wait. - Matt Steele

The original was great and I still have one in my fridge. You've already got me thinking about the Holidays.

I wanna go to Norway!