Thanks to Stone Enjoy By IPA and our hop-forward brewing style, our brewery is viewed as a vocal proponent of the drink-fresh-beer-now movement. That’s fitting. We believe in that big time—when it’s appropriate. At the same time, we’re not above taking a quality brew (even an IPA) and aging it in oak barrels if we think we can morph that fine ale into an other-worldly, delicious, wine- or spirit-laced concoction. Such is the modus operandi behind our Quingenti Millilitre line of barrel-aged Stone beers. 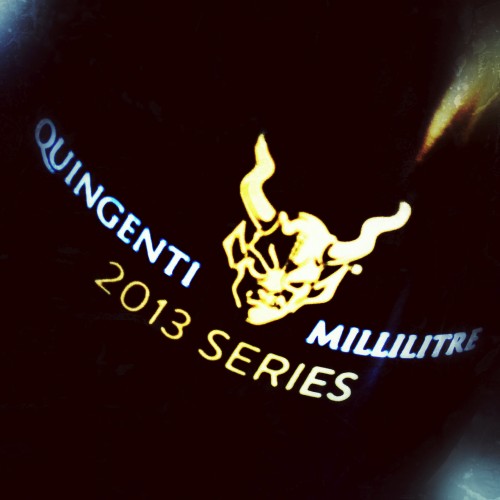 We started producing this line of flavorful, matured wonders and packaging them in 500-milliliter bottles (hence the series’ name) back in 2011. We were so pleased with these woody, small-batch creations that we’ve upped our number and variety of barrels significantly and plan on rolling out an increased number of Quingenti Millilitre beers in 2013. In doing so, we’re aiming to engage our fans by providing them some really snazzy bottles decked out with a new design that also provides all the technical information any beer geek or fervent collector could desire. When getting one’s hands on a new Quingenti Millilitre bottle, the first thing a fan’s bound to notice is the cool gargoyle noggin logo at the base of the neck denoting the beer as part of the 2013 series, followed by the name of the beer, its batch number, the type of barrels it was aged in and, if applicable, blend name. But turn that bottle around, for on the flipside is where the geeky gold resides. 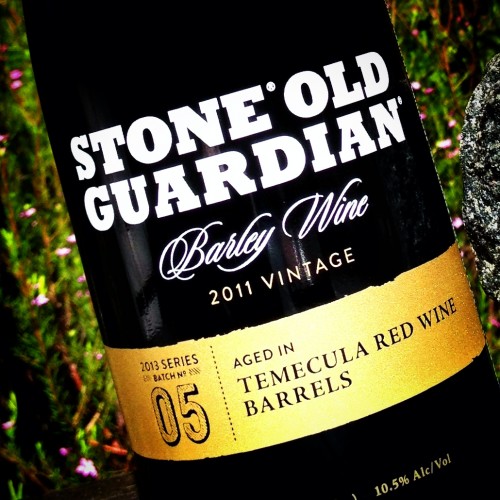 The back of each Quingenti Millilitre bottle includes information on the original base beer—the story behind it and ingredients added at different steps throughout the brewing process. Special details include IBUs, ABV, the number of months the beer spent in barrels, the types of barrels used and the percentage of beer from each type of barrel that comprise the blended final version, and the bottling date. To top things off, concise cellar notes are included which explain how our brewing staff developed the optimal blend to bottle as part of this ultra-refined line of artisan craft beers. 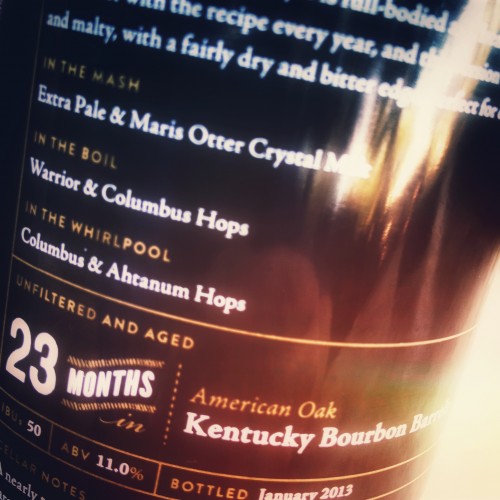 We are, to an extent, at the mercy of the barrels. When tasting our way through our oaken inventory, we’ll find barrels full of beer that positively sing the virtues of aging. But every now and then, we’ll encounter beer we had high hopes for that fails to live up to its potential or, in some cases, devolves into something that doesn’t meet our standards. What we can tell you are some of the beers we’re aging, the barrels they’re sitting in and what our Small Batch and Research Manager Steve Gonzalez thinks of them after multiple taste tests. Stone Old Guardian aged in White Wine, Red Wine, Bourbon & Rye Whiskey Barrels – “OG is the universal donor and tastes great in all of them.” Double Bastard Ale aged in Bourbon Barrels – “Amazing!” Stone Smoked Porter aged in Scotch Whisky, Bourbon & Rye Whiskey Barrels – “It loses some of the smoke and takes on some chocolate.” Stone Imperial Russian Stout aged in Bourbon & Red Wine Barrels – “Great!” Stone Cali-Belgique IPA aged in Red Wine Barrels – “This was very popular for good reason and we plan on making more of it. The ester character in that beer from the Belgian yeast and the citrusy flavor of the American hops marry with the fruit of the red wine.” 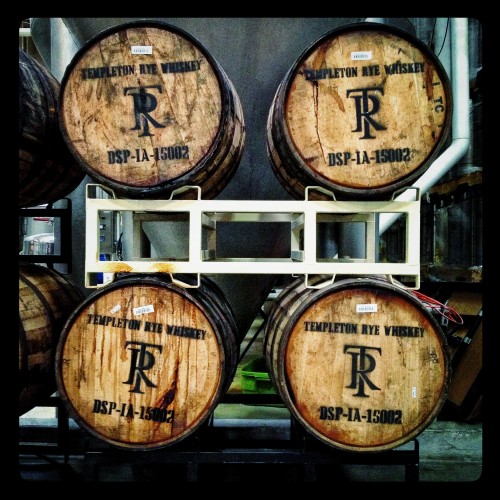 Our current stock of wooden receptacles includes red wine barrels sourced from wineries in Napa, Sonoma, Temecula Valley and the Central Coast; Sonoma white wine barrels; port wine barrels; sauternes barrels; brandy barrels (including Cognac); Bourbon and rye whiskey barrels; Scotch whisky barrels; plus some others. It’s a lot to keep track of, but Gonzalez, a craft brewing industry veteran who came to us after many years at Sierra Nevada Brewing Company, Miller and E&J Gallo Winery (where he served as the Quality Manager for William Hill Estates and Louis M. Martini, did a great deal of barrel and oak research for their Premium Wine Division and also helped develop some premium spirit brands) has the smarts, pedigree and palate to beautifully sort it all out. 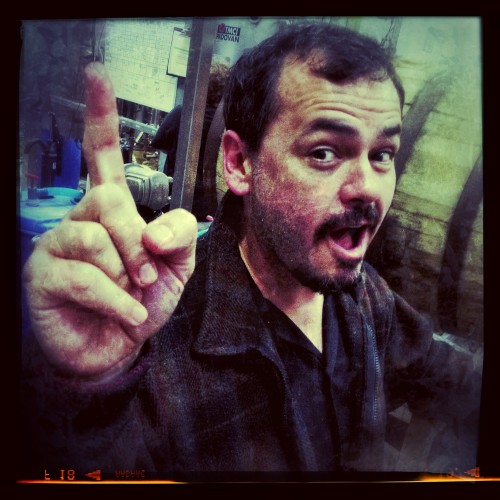 “When we go through the Quingenti Millilitre process, Stone’s Small Batch Team tastes the barrels individually, then meet as a group once a month,” says Gonzalez. “The Small Batch Team includes myself, Stone President Steve Wagner, CEO Greg Koch and Brewmaster Mitch Steele. We make decisions on what is worthy of being included in the Quingenti Millilitre line.” Only the best of the best make it into bottles. Anything that doesn’t pass muster, as hard as it is, gets scrapped. Such are the sacrifices that must be made to craft truly outstanding and thought-provoking beer. We think it’s worth it and that our Quingenti Millilitre series proves that point beautifully.