You know what the big problem is with being well known for playing epic April Fool’s Day jokes on the public at large? The public at large starts to expect them, thus rendering such gags nearly impossible to pull off. Still, building up the status as a supremely self-righteous April Fooler was a fun process for the creative minds at Stone. Announcing we would start brewing a lemon-lime “malternative” beverage, a 27.3% ABV extra-strong ale, and a “lo-carb” beer (“Lite™” was trademarked), we’ve used this faux holiday to explore miles of territory we’d never tread in real life…and even some we would. On April 1, 2010, we told our fans we’d be teaming with our Scottish brewing comrades at BrewDog to craft BrewDog / Stone Luciferin Golden Imperial Stout, a high-alcohol stout coming in at 11.8% alcohol-by-volume with plenty of roasty flavor. There was just one catch—it wouldn’t incorporate any roasted malts and it wouldn’t be brown in color. So, basically, it would be different from every stout on the planet. Nobody with a working knowledge of calendars bought it and, though it was, essentially a joke, our brewmaster, Mitch Steele, filed that idea away and spent the next four years secretly pondering how he’d create a golden-hued stout. And we’re glad he did, because now that imaginary beer has been brewed into brilliant reality. Enter, Stochasticity Project Master of Disguise. 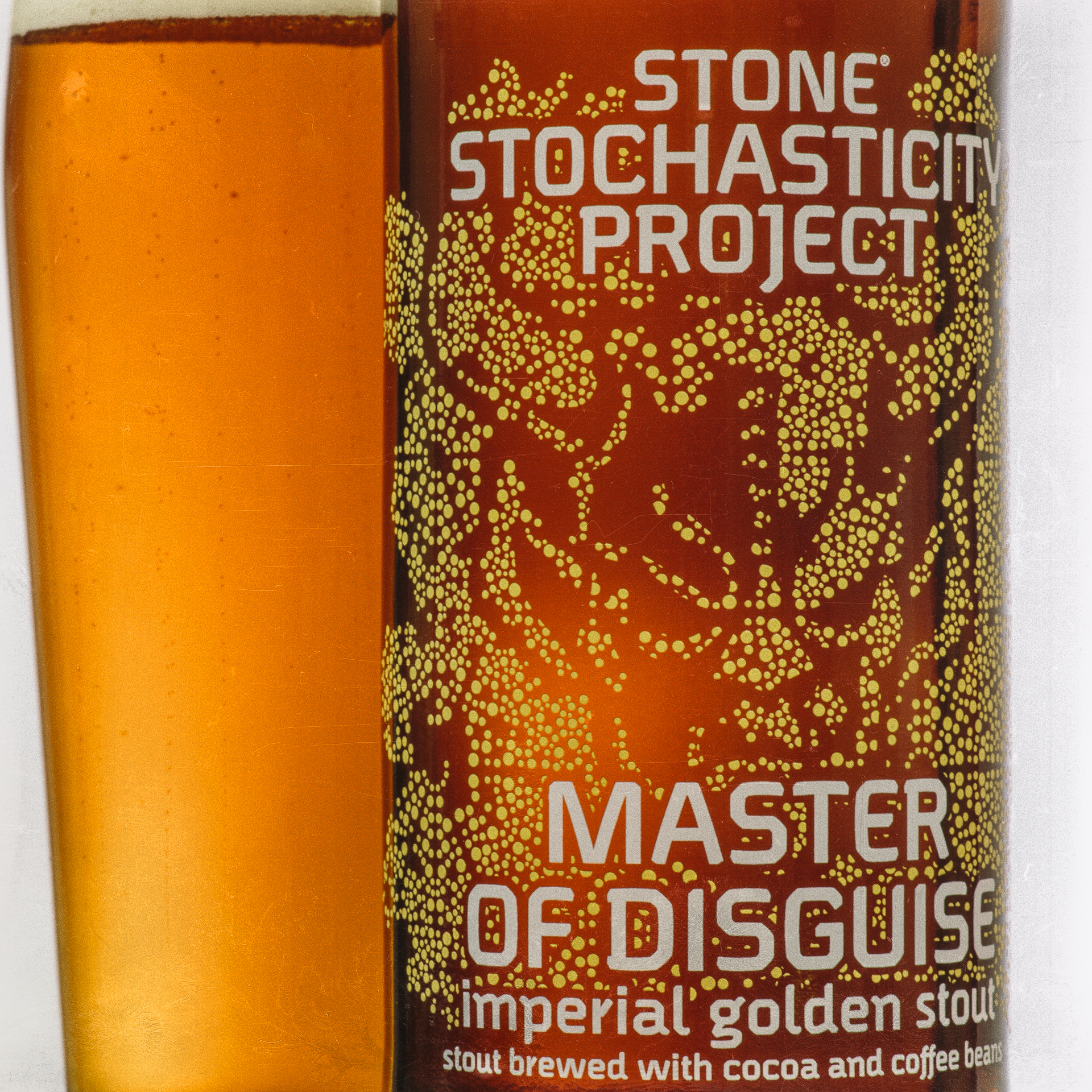 While this beer, the latest in our experimental and otherwise avant-garde series of Stochasticity Project brews, is slightly lower in alcohol than its fictitious predecessor—9.7%, to be exact—it’s actually quite similar to the concept for the prank that inspired it. In teasing BrewDog / Stone Luciferin Golden Imperial Stout, we said it relied on cacao nibs and coffee to mimic the chocolaty, roast-heavy flavors of a traditional imperial stout, and pale and extra pale malts to keep the color in the lower expanses of the SRM scale (the Standard Reference Method used to grade beer’s color). For Master of Disguise, Steele employed all of these tactics, and more!

Steele reached out to familiar conspirators, Ryan Bros. Coffee and Chocovivo. The latter provides pure cocoa in large, thin sheets, which add tremendous chocolate character as shown in Chris Banker/Stone/Insurgente Xocoveza Mocha Stout, while the former is based a few short miles from our brewery and has contributed roasted beans for use in numerous beers, including Aleman/Two Brothers/Stone DayMan Coffee IPA, 2013 Stone ESPRESSO Imperial Russian Stout and Stone Coffee Milk Stout. The fruits of our suppliers’ labors played a big part in helping Steele pull off this charade, as did the malt bill, which consisted purely of lighter varieties including Caraplis, and English amber and pale malts. Flaked oats were also added to give the beer a thicker mouth-feel more in line with what one expects from a smooth, velvety stout. 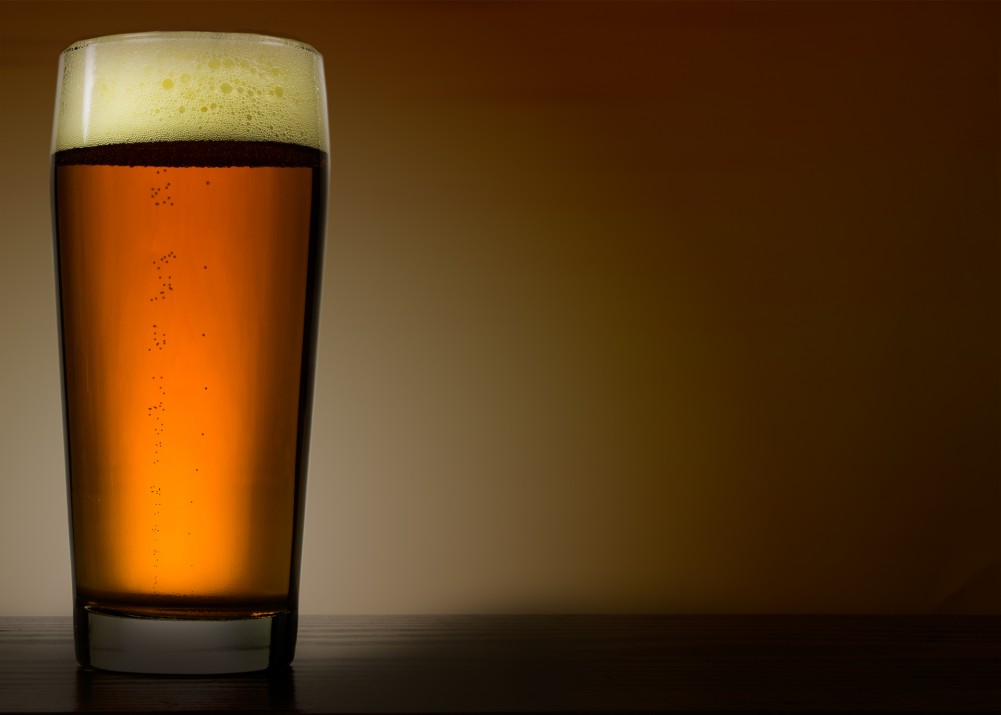 So, Master of Disguise looks like a pale ale or IPA, but there was more to this endeavor than aesthetics. The aroma, taste and composition were every bit as important—what good is a beer if it doesn’t taste delicious, after all? Fortunately, the chocolate, coffee and oats did the trick with this treat of a beer, which presents notes of java in the bouquet and the front palate. Chocolate comes through mid-sip, conveyed by a slightly viscous body akin to an oatmeal stout in its creaminess, and the finish features a light yet lasting roastiness. Stochasticity Project Master of Disguise is the physically embodied proof of a lofty hypothesis. Let’s just hope Steele isn’t as keen to realize other Stone April Foolery like Bastard Oxide, a metal-laced energy drink, or BastardSHOTZ, 22 ounces of Arrogant Bastard Ale condensed into three ounces of gel conveniently doled into three-ounce, EZ-squeeze “Gel Pakz” for on-the-go American strong ale enthusiasts, or the canned and helium-infused Stochasticity Project CrHeam Ale. 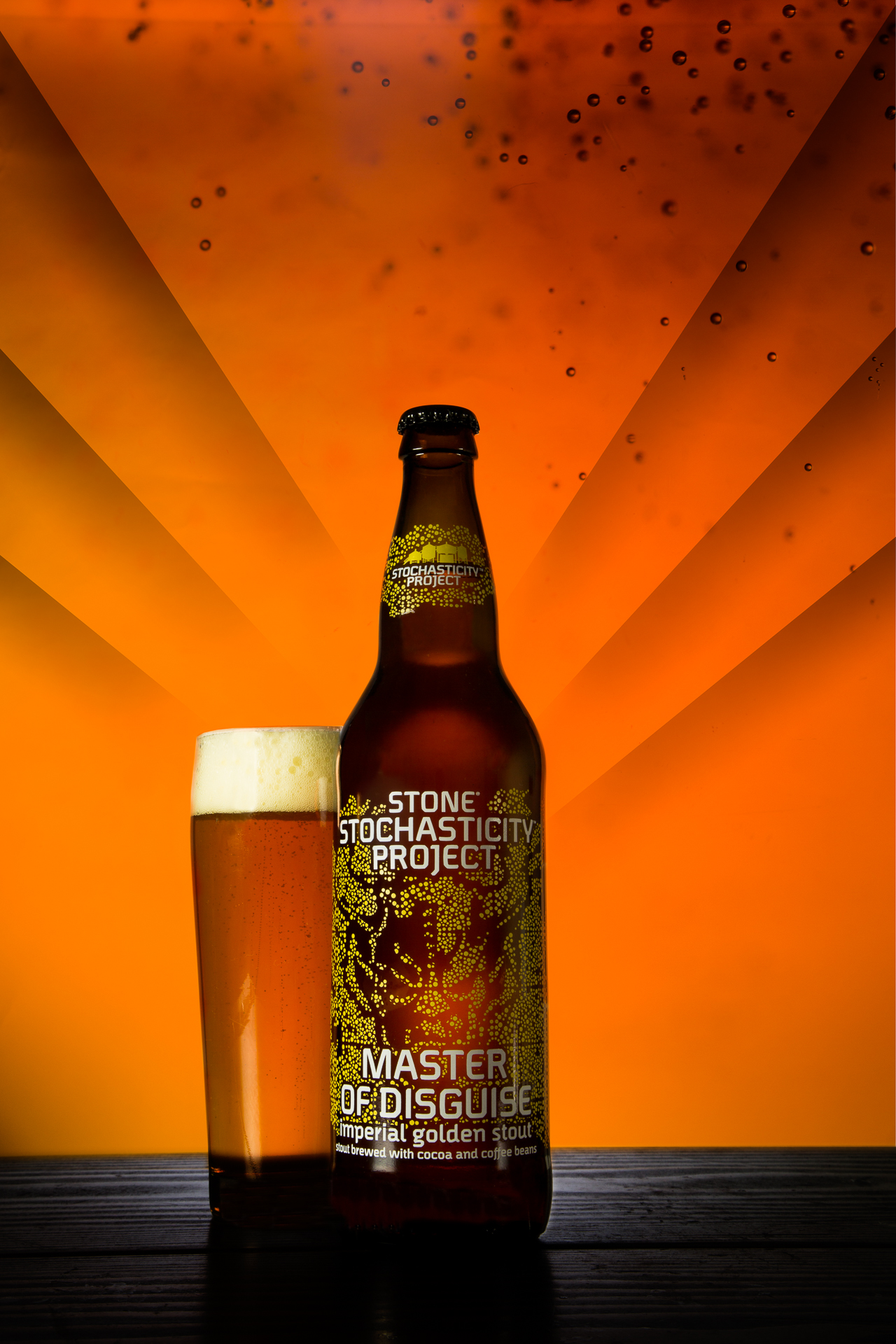 Hi.
I would really like to order this helium beer but I can't find any links for an online shop.
I'm from Romania.
Could you please help me with any details about it.
Thank you very much

Where/how can I buy Helium beer? I'm in Medford, The Rogue Valley of Oregon. I really need his product.

Would really like to try the helium infused beer...where can this be found near North Carolina?

Hi,I live in Florida ..Orlando . I would love to order this helium beer or know where can I buy this product. Please let me know. Pete.

Is this helium beer for real? If so, is it sold in Winnipeg, Manitoba, Canada?

I would love to try this Helium Beer - is it possible to buy it in Denmark?