By now, many are familiar with our newest brewing foray, the Stone Stochasticity Project. But even two brews in, you may not be familiar with the term “stochastic,” especially in the context of brewing. The definition of stochasticity is wordy and probably only truly makes sense if you’ve studied Probability Theory in depth (Hitchhiker’s Guide to the Galaxy doesn’t count—that’s Improbability Theory), but even our one-track minds picked up on the potential and complexity of this idea. In layman’s terms, stochastic is a non-deterministic, or random, state. So, why not just say that? For one, the scientific background would be lost, and random just doesn’t have the same ring as Stochasticity, nor all the connotation. Two, the Stone Stochasticity Project is much more than just brewing beer. It involves delving beyond what most people think about beyond beer’s four main ingredients. So where does that leave us in our ever-evolving quest for good craft beer? Right at the newest member of this series, Stone Stochasticity Project Quadrotriticale, a beer that holds up to the stochastic and technical nature of this venture.

There’s no traceable chain of logic leading from a grapefruit India pale ale (Stone Stochasticity Project Grapefruit Slam IPA) to a barrel-aged Belgian-style golden strong ale (Stone Stochasticity Project Varna Necropolis) to this, a Belgian-style quadruple brewed with a special grain called triticale, but this isn’t about logic…it’s stochastic. Some of you may remember us first experimenting with triticale during the latter stages of the Stone Vertical Epic Ale series when developing the recipe for Stone 10.10.10 Vertical Epic Ale. That beer turned out to be a strong golden ale infused with chamomile and wine grapes. Stone 10.10.10 Vertical Epic Ale got us thinking of other ways to use triticale (which surprisingly, is not blue). So when the opportunity arose to create a beer that breaks away from the everyday, that specialty grain was top of mind. 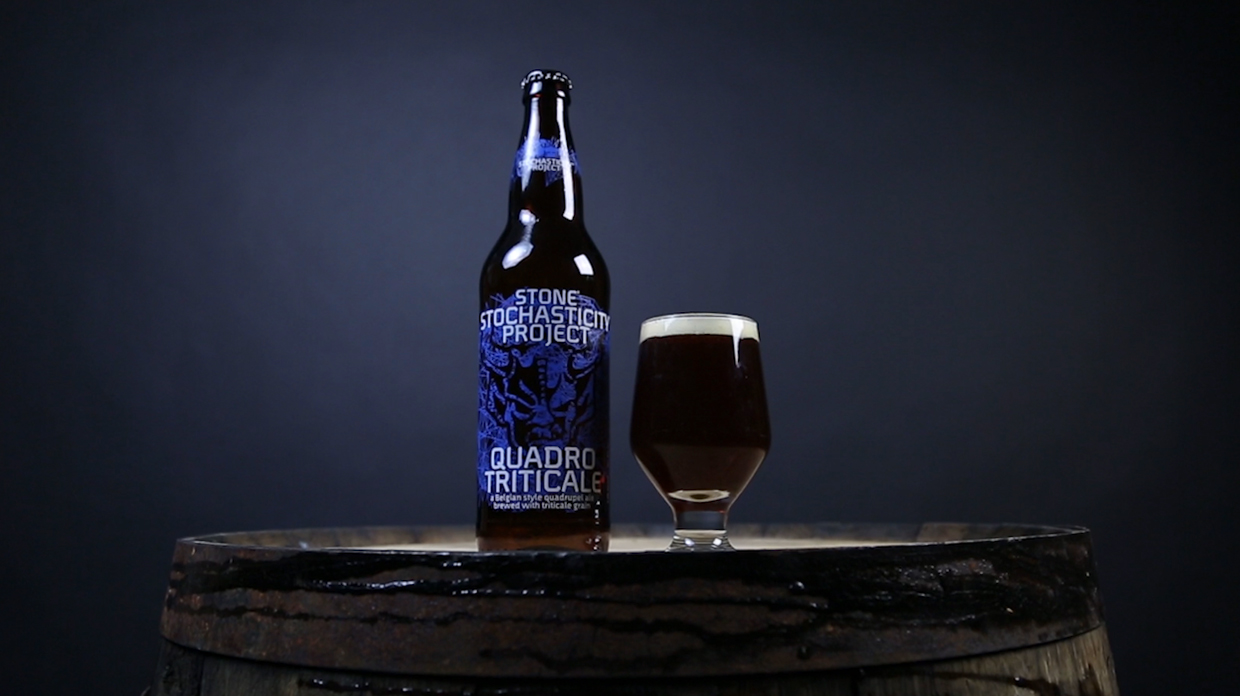 “It’s a pretty traditional quad recipe with some hints of spiciness and fruitiness. The fruitiness comes primarily from the yeast. It’s a different strain than we usually use in our Belgian beers,” explains Stone Brewmaster Mitch Steele. “We’re using dark candi sugar in this, and that’s what really provides that amber, deep color and some of the sweetness that you taste in the beer, but if there are any surprises, it’s the lack of real sweetness that you get off some quads.” 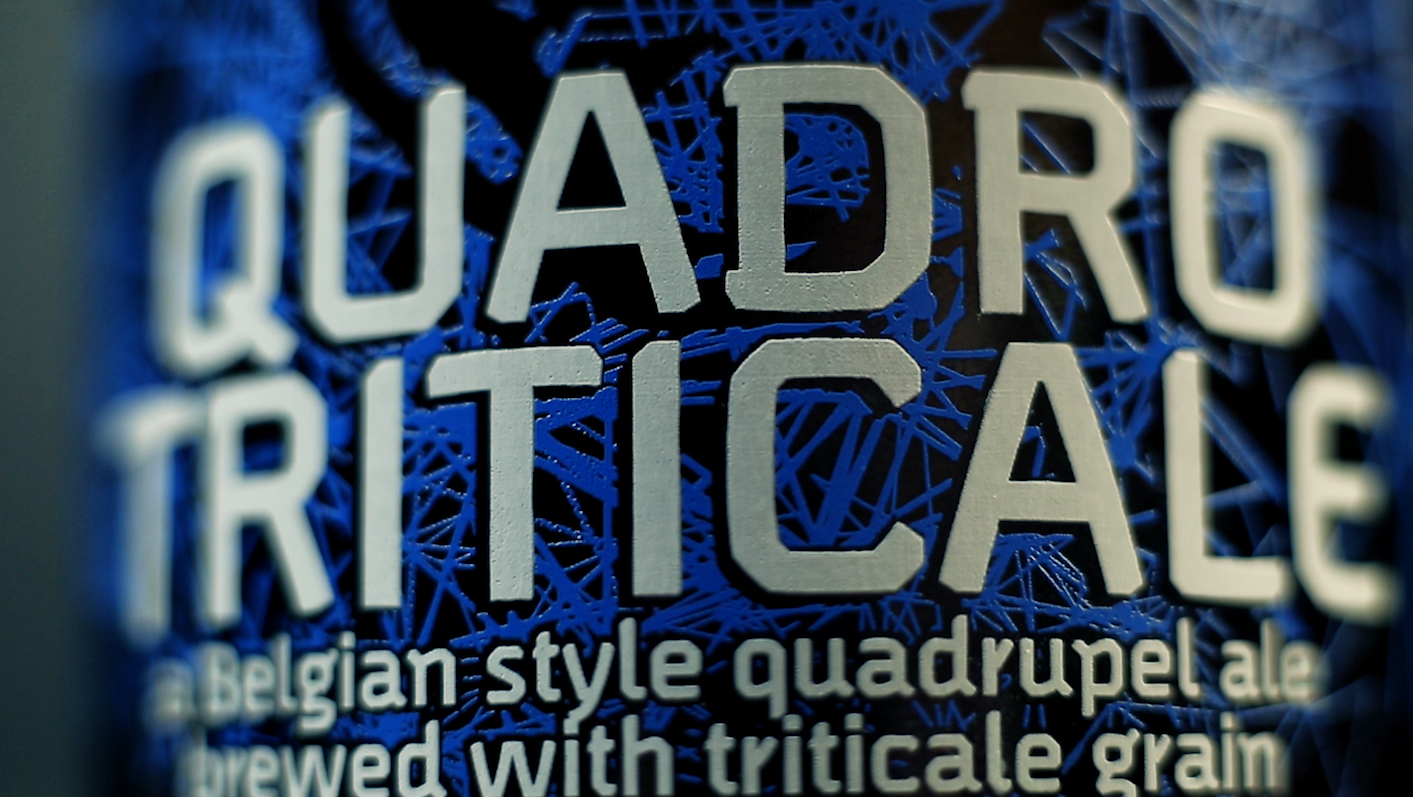 In keeping with the technical nature of the Stone Stochasticity Project, triticale has its roots firmly planted in science. Triticale is a hybrid of wheat and rye (if you knew the scientific names—triticum and secale cereal—you might have been able to figure that out) developed in the early 19th century. It was created in a lab, and grown in Scotland and Sweden, in an effort to manufacture grain that resisted disease like rye does, yet retain the productivity of wheat. We’re not sure if its originators had brewing in mind, but if it’s a grain, then you can bet a brewer will throw it in the mash for curiosity’s sake. Turns out, the triticale doesn’t lend as much spice as rye does, nor does it come across as grainy as pure wheat. Instead, it hovers in the middle for an interesting diversion from the chewy quads most people are used to. 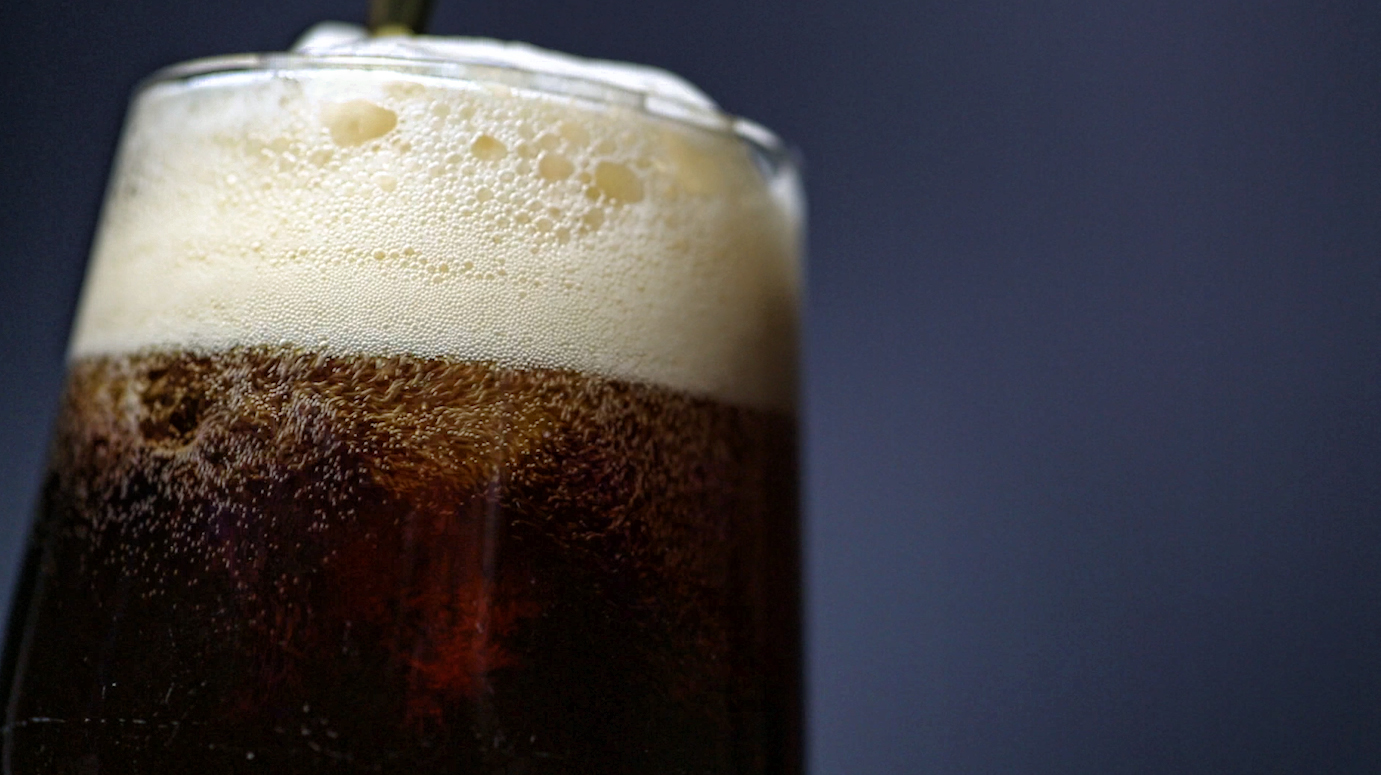 We’ve never been in the business of being predictable or mainstream, and the Stone Stochasticity Project is another way to venture away from our tendencies and experiment. It’s also a fun way for us to get creative, learn about different ingredients and try new things. So, what’s next? Who knows! It’s stochastic, after all, so there’s no way to say, but whatever our next beer in this seemingly erratic series is, it’ll be as diverse as its predecessors and, depending on the success of our brewery experimentation, may find its way beyond our lab and into the brewhouse for a repeat performance. Stay tuned! 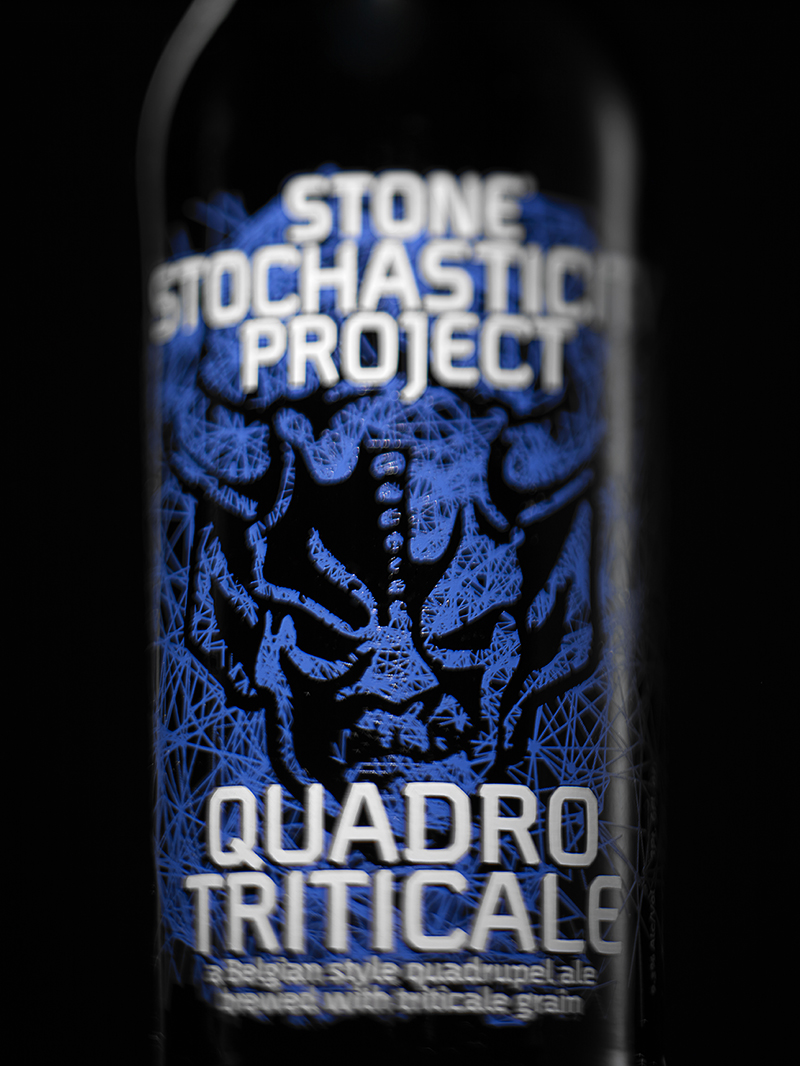 Hello we recently tasted this lovely drink quadrotriticale and just loved everything about it. I came on here to see if you guys bottled this since we had it on tap . We've looked every where and can't seem to find any so my question is where do the distribute this in stores in southern California any help would be appreciated thanks and have a great day.