Ken Schmidt Hits the Road to Compete at the GABF

Monday night we had a Great American Beer Festival (GABF) send-off party in the Bistro for Ken Schmidt, the gifted home brewer behind the Ken Schmidt / Maui / Stone Kona Coffee, Macadamia, Coconut Porter recipe. Local beer enthusiasts came by to wish Ken luck and to taste some of the delectable beer he’ll be competing with in the Pro-Am Competition at the GABF. Word on the street is that the beer is maturing nicely, with the coffee notes prevailing in the beginning and the coconut and macadamia nut coming on later as the beer warms up. Some starry-eyed beer geeks were so impressed with the beer and its creator that they even asked Ken to sign their bottles—proof that Ken is a bone-fide beer-lebrity now. 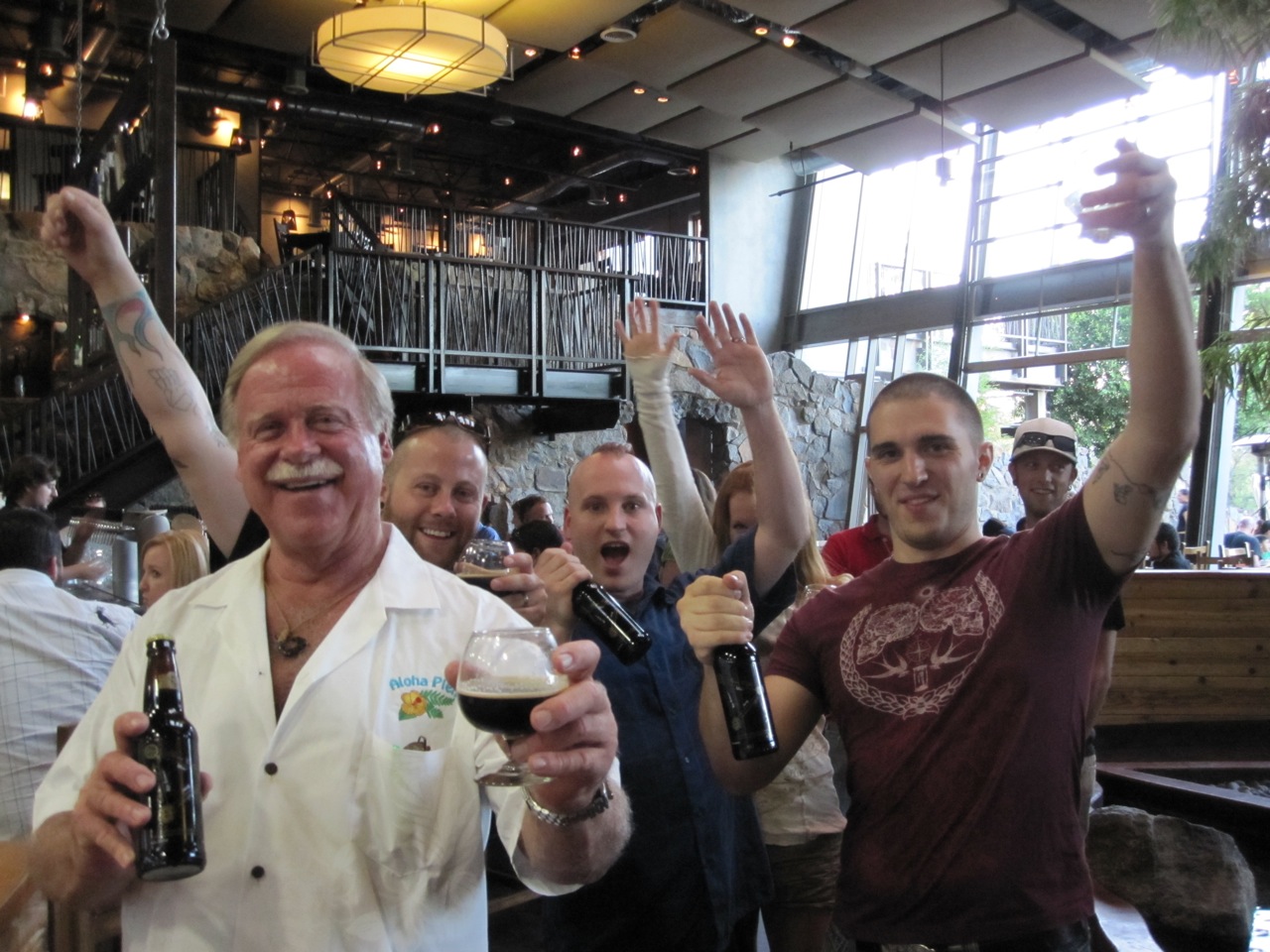 Word spread so fast about the deliciousness of the revered brew that all the cases allocated to the Stone Company Store sold out by 7pm Monday night. The beer only enjoyed a brief 8 hours of shelf life before every last bottle found it’s way into the anxious hands of local beer enthusiasts. The Stone Brewing World Bistro & Gardens also drained their allocated keg, so don’t expect to get it here any time soon (we are sometimes able to squirrel away a little for special appearances, so keep your eyes peeled for it in the future). Lest you now feel in the depths of despair, here’s some good news: we’re still distributing the beer to certain lucky locales, and we put together a list of places where you can find it. Southern and Northern California, Michigan, Ohio, Arizona, Massachusetts, Washington, New York, and Colorado will all be getting some eventually, but it may not arrive until as late as mid-October, so ask your local specialty bottle shop and be patient. Our collaboration brews are notoriously low yield and extremely limited in availability, so count your blessings if you’re in one of the above locations. 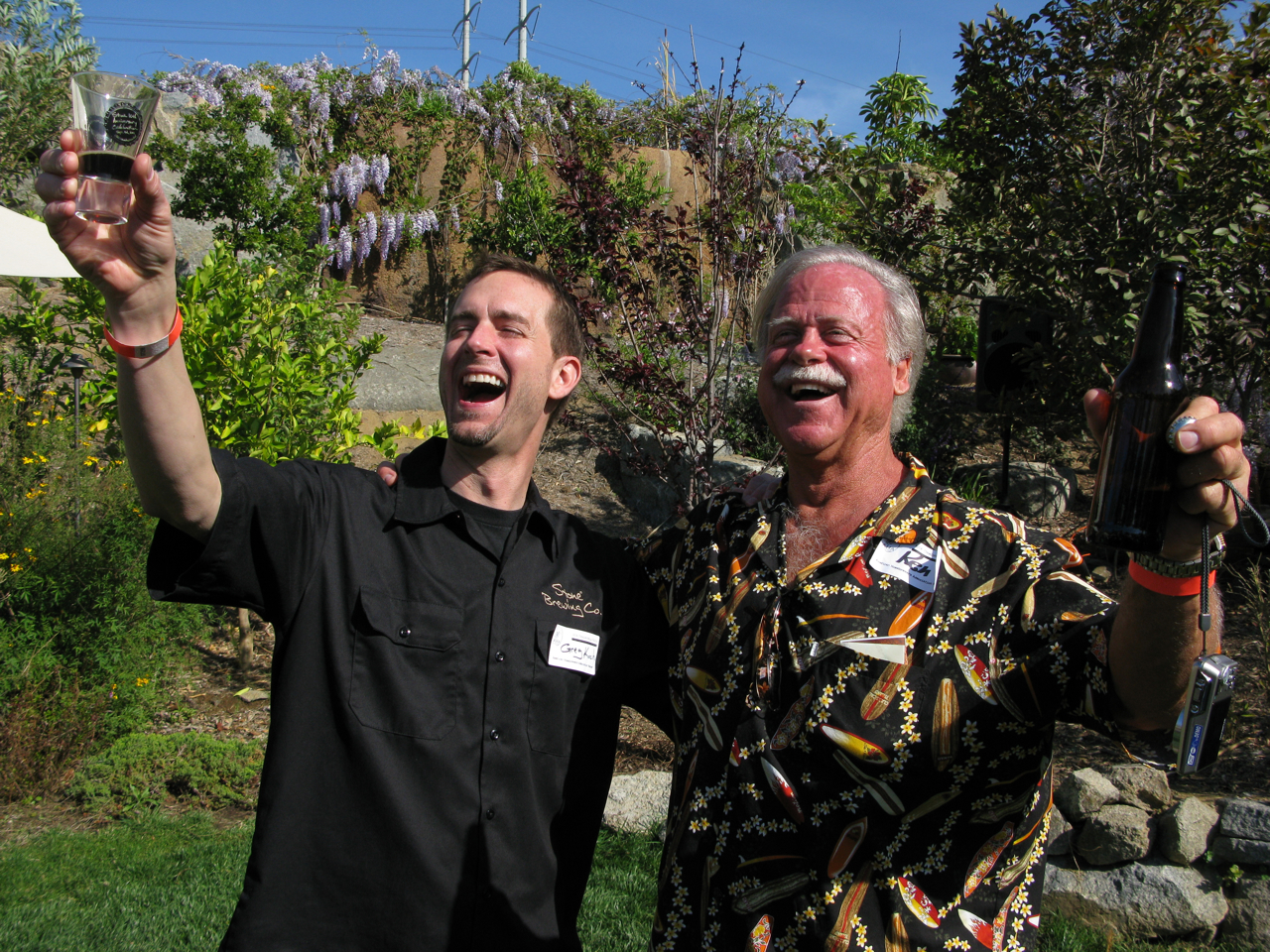 Stone CEO Greg Koch and Ken Schmidt toasting Ken's victory at our homebrewing competition back in March. Ken won the opportunity to brew his beer on our system with Garrett Marerro from Maui Brewing Co. and our very own Mitch Steele. He also won the chance to compete with the beer in the Pro-Am Competition of this year's GABF.

If you are fortunate enough to find Ken Schmidt/Maui/Stone Kona Coffee, Macadamia, Coconut Porter, then raise a glass to Ken for fashioning such divine nectar, and wish him luck at the GABF! -Matt Steele

Woo Hoo! Good luck Ken (not that you need it) Amazing stuff.