Ah, New Year’s Eve. For most people it’s a night filled with promise that typically ends in bleary disappointment. That tingle of excitement — born of a bold sense that this year will be the year of magical change — dies an early death as they sit on the couch at a friend of a friend’s, plastic red cup filled with…something, anything…TV excitedly blaring a tired staged celebration from somewhere cold. 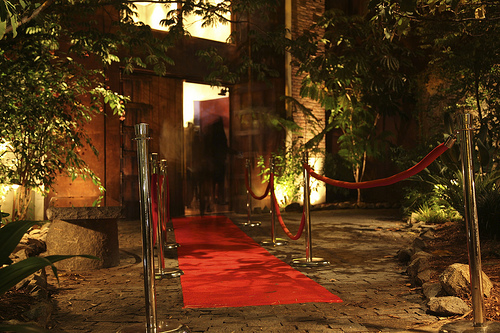 But you’re not most people. And fortunately for you, we’ve got the cure for the common party: the Stone 2011 New Year’s Eve Celebration. Let’s examine exactly how & why this will be an absolutely splendid event: * Lively Music. San Diego's premier funk and R&B band, The Styletones, will be playing live on the Restaurant Dance Floor. In the brewhouse, we’ll have 3 DJs spinning for a jumpin’ dance party. * Fantastic Food. Two Sushi and Seafood Lounges featuring swanky tunes, sushi rolls, nigiri, crab claws, oysters and more; lavish Buffet Stations throughout the party; a Mac 'n Beer Cheese bar; generous carving station; amazing desserts, including Cherries Jubilee, housemade chocolate truffles, cheesecakes, and the list goes on. * Awesome Drinks. A fantastic selection of complimentary craft beer, wine, cider, and sodas pouring all night long. Plus three special pours of rare and vintage Stone beers (Stone 12th Anniversary Bitter Chocolate Oatmeal Stout aged in Bourbon Barrels anyone?) You also get a commemorative Stone Brewing New Year's glass to keep. * Select Cigars. Enjoy the beautiful evening with a cigar in hand on our Patio Cigar Bar (bring your own, or choose from cigars available for purchase; everywhere else is smoke-free.) * Beautiful You! Since you’re above average, both in personality and taste (and looks too, but then we think everyone with exceptional personality and taste is beautiful), you are critical to this party. Luckily, since like attracts like, you’ll find an evening filled with exceptional people like you. The dullards stayed home. Thankfully. 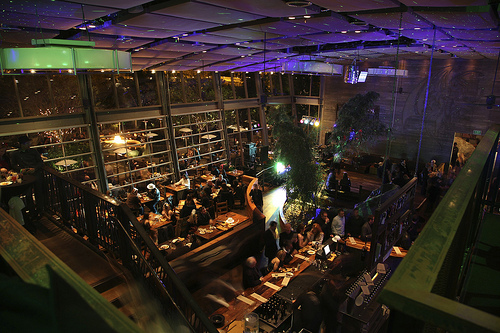 Sound pretty sweet, huh? Well it is. We know this because we did it last year, and it was spectacular. But we’ve made it even better by ironing out all the kinks and adding a bunch of great new features. Our last New Year’s Eve Celebration sold out, so if you want to enjoy this outstandingly awesome party, it behooves you to make your plans sooner rather than later. Remember, for it to be the best time possible, you’re required! See you there. * Wanna go over the top? Get your own private table for the evening, personal hand and foot beverage server, and a bottle of champagne for $250. For details and reservations, send an e-mail to "chuck dot samuelson at stonebrew dot com".

Can I get the details on the evening, ie pricing, what it includes, and is the table for 250pp?

All the details on what's included can be found here: http://www.stoneworldbistro.com/newyears/ or any of the links above.

The cost of the table is $250 and seats 6. Each person at the table needs a regular admission ticket.

Is the food/buffet included in the $175 tickets? Or, if it is not free, how much does it cost? I want to get a ticket ASAP, but I'm concerned about the price.

Yes, all food and drink is included in the price.