The Stone and BrewDog Saga Continues...

It's no secret that we’re fans of our friends James, Martin and the whole team over at Scotland’s BrewDog. We’ve brewed two collaboration beers with them – BrewDog/Cambridge/Stone Juxtaposition Black Pilsner, and the more recent basha -- and we admire them for having the guts to brew big, aggressive beers in the UK and the skill to succeed with it. The last episode in the ongoing saga of Stone and BrewDog left off with a newly fermenting collaboration brew and some choice hand-selected Scotch whisky barrels stuffed with native Scottish fruit. So what’s next for our two breweries? Why, a Brewer Exchange Program of course. 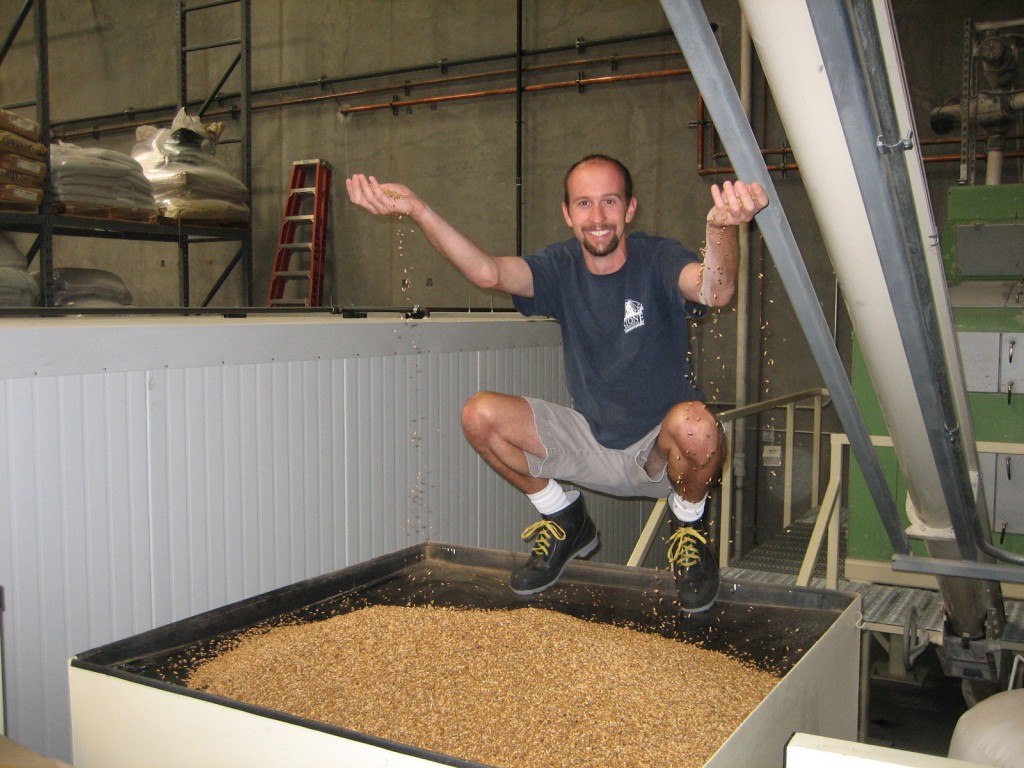 Our Brewhouse Supervisor, Jeremy Moynier, playing in the malt

From October 23rd to November 12th, we’ll be trading our very own Brewhouse Supervisor, Jeremy Moynier, for BrewDog’s Lead Brewer, Stewart Bowman in an open exchange of brewing acumen. Stewart will get a chance to experience brewing on a larger scale and get a feel for how we do things (or as Mitch put it, “learn from our mistakes”), and Jeremy will get a chance to experience brewing in a smaller, fast-growing brewery in an entirely different beer culture. However, since BrewDog will be out of their Lead Brewer for two weeks, Jeremy will definitely have to step up and fill his boots. This will be a “working trip” rather than a vacation for both brewers, but they’ll probably manage to throw in some diversions along the way. Jeremy did express interest in visiting a Scottish distillery or two and scoping out some choice barrels (hint hint, James and Martin!). We’re incredibly excited to take Stewart under our wing and to live vicariously through Jeremy and reap the benefits of his stint at BrewDog. Stay tuned as this story takes shape. -Matt Steele

That's pretty cool. It's like a foreign exchange student program where we all get to benefit from it.

I have to say that black pilsner is one of the best beers I've had in a long time. This is a great collaboration!

Sounds rad. Only makes me want to leave finance for brewing even more!