This is part 2 in a four-part series on barrel-aging beers
and Stone Brewing's barrel program.

Earlier this year, we solicited questions from our fans about our barrel-aging program, then funneled all of those queries, like fine imperial stout into barrels, to our Research and Small Batch Manager Steve Gonzalez. Steve is in charge of our barrels and has a storied vocational lineage that includes many years spent at Sierra Nevada Brewing Company and E&J Gallo Winery. Basically, he knows everything. (He’s not a self-proclaimed know-it-all, mind you…we’re the ones getting sublimely self-righteous on his behalf.)

One of the many cool things about Steve is that he relishes the opportunity to share info about his specialized line of work. As such, he was happy to tackle our fans’ questions. He tackled so many, that we’re doling out his answers via a four-part series. This, the second installment, covers inquiries about wine and spirit flavors that are trapped in the barrels we use and ultimately lend flavor to the beers we age in those oak vessels. 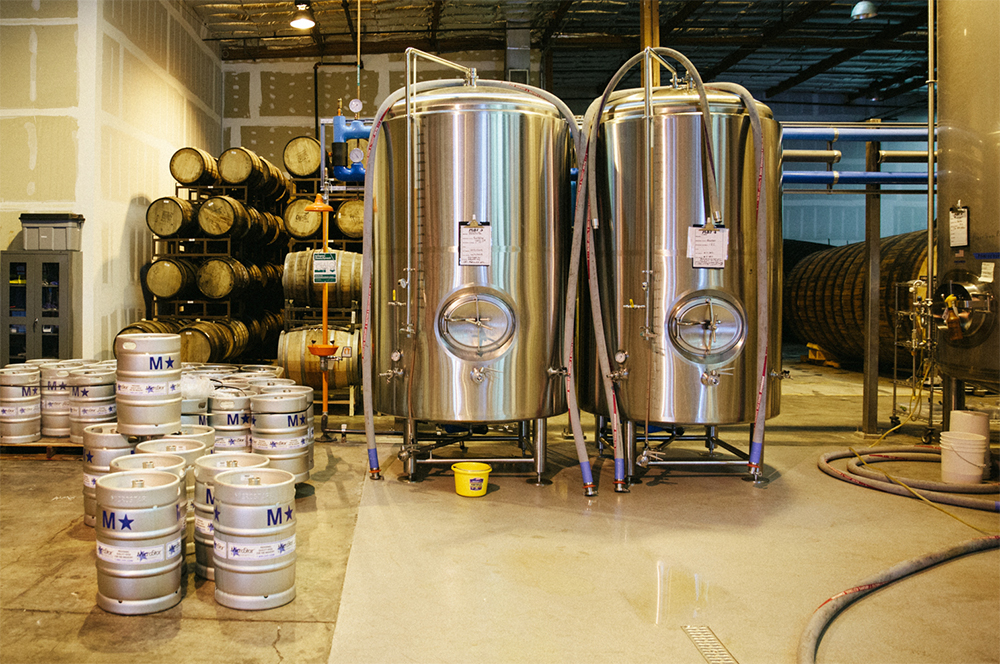 How do you pick out the barrels for each specific beer type (e.g., bourbon for an IPA, wine for a porter)? Is it more experimenting than anything?

There are some obvious choices that make a lot of sense and work very well. For bourbon barrel-aging our Arrogant Bastard Ale family of beers and our Stone Imperial Russian Stout vintages are great choices. There are three different compounds created when you char a bourbon barrel, each of which taste like vanilla. These enhance and lift the caramel flavors in those beers, and give a perceived sweetness without adding actual sweetness. The burnt flavors of the barrel meld very well with those brews, and if the bourbon mash happened to contain some small grains (e.g., rye and wheat), it’s a real treat. They bring on some added brown spice notes that make the brew even more complex. The burnt flavors really make the Stone Imperial Russian Stout that much better.

Meanwhile, Arrogant Bastard Ale and its monstrous brother, Double Bastard Ale, hold up to slow oxidative aging from the barrel-aging and increase in complexity as a result. We use a lot of very phenolic and estery Belgian yeast strains that mesh very well with wine barrel-aging. The peppery, fruity characters in Stone Cali-Belgique IPA are enhanced by the wine barrels. So far, that beer has worked exceptionally well in every kind of wine barrel we’ve put it in, be it Sonoma County Chardonnay or Central Coast Syrah. Stone Stochasticity Project Varna Necropolis, a strong golden ale, was the largest brew we’ve ever done of a Belgian-style beer destined to be aged in bourbon barrels. It doesn’t work every time, but tripels and strong golden ales work pretty well in spirit barrels.

As far as experimentation goes, I love Stone Old Guardian Barley Wine in every kind of barrel. So, I figured if that beer is as amazing as it is in red wine barrels, maybe Double Bastard Ale would go well in wine, too. The results were pretty good, not amazing, and we will exclusively stick to bourbon and rye barrels for Double Bastard Ale from here on out! Strangely, Stone Smoked Porter has always seemed like an obvious beer to age in barrels, but our experiments with barrel-aging this beer have yet to pay off anywhere near as well as we anticipated.

How long do you have to barrel age a beer before it picks up distinguishable character from the wood? Do you usually blend your barrel-aged beers in with un-aged beer? Does the beer you barrel age have to be above a certain percent alcohol-by-volume?

That’s a lot of (good) questions! For spirits barrels, some very interesting wood character is imparted into the beer in as little as six weeks. Give it three months and those flavors will be fully integrated into the beer. Wine barrels really need a good six-to-seven months before the beer in them tastes amazing.

We don’t blend back un-aged beer into barrel-aged beer very often. But it does happen, occasionally. The largest blend we did was Stone Mixtape Ale vol.5 - The Winking Lizard Blend. This was a blend of white wine barrel-aged beer, a red wine barrel-aged beer and Stone Cali-Belgique IPA. As for alcohol-by-volume (ABV), there is no alcohol cut-off for the beers we rack to barrels, but 6.5% ABV or higher usually works well. 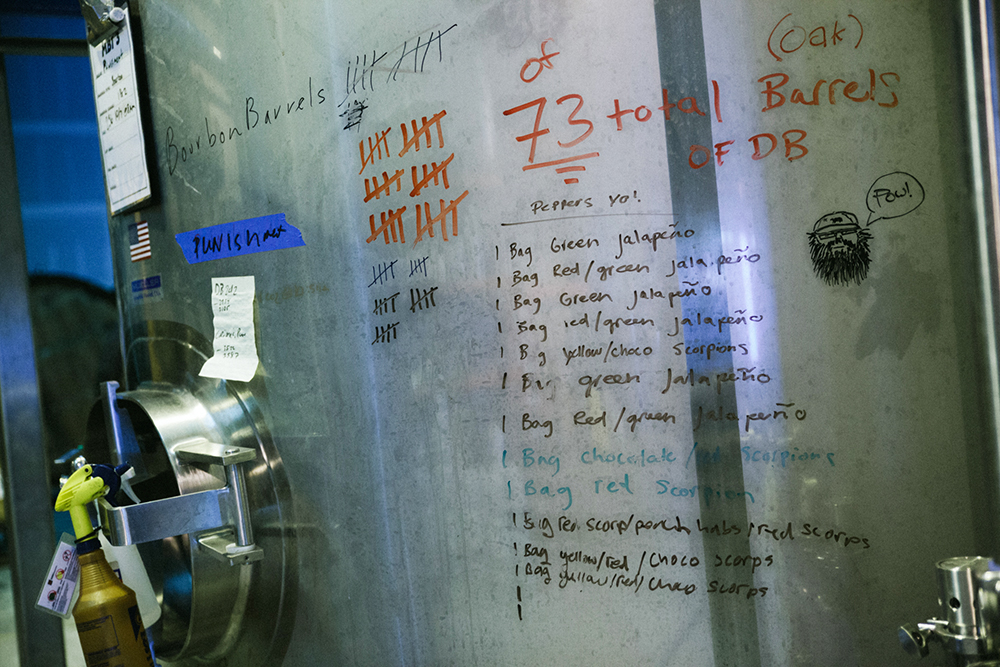 Why is there an increase in the ABV after barreling?

About 3% of the volume of the base spirit that comes out of the barrel before re-filling is left behind. Since bourbon typically comes out of barrels at about 125 proof (62.5% ABV), a very small remnant can very easily add 3% ABV to a barrel-aged brew. Wine barrels will usually contain native wild yeasts that will cause re-fermentation to occur in the barrel. It is very common for us to keep up a 2% alcohol increase in our wine barrel-aged beers between the time they are racked to barrel and the time they are racked back out.

I’ve heard people say a beer is “too hot” or “too boozy,” and to hold the bottle for a year so it’ll taste better. Is it Stone’s intention for people to hold on to a bottle for an additional length of time or are these people just being wussies?

In my opinion, a barrel-aged beer should not improve much from a booziness standpoint. The non-barrel-aged versions of Double Bastard Ale and Stone Old Guardian Barley Wine do improve with some age. The heat diminishes with time and I highly recommend aging them before drinking. That isn’t to say that the barrel-aged versions of these beers will not benefit from age. They likely will. The alcoholic heat just isn’t likely to decrease all that substantially. 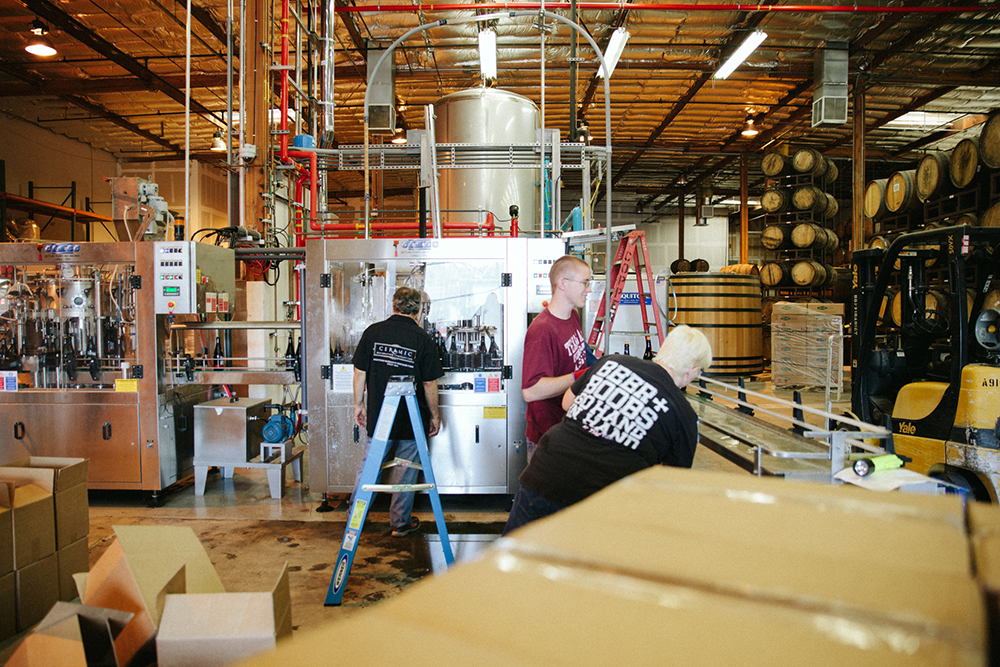 Is there a noticeable difference in flavor between bourbon barrels and Scotch barrels for aging a beer?

Absolutely! Oak impact will be very mild for Scotch barrel-aged beers. Often, Scotch barrels are used bourbon barrels that are pretty depleted in oak intensity by the time we get our hands on them. The type of Scotch will really change the flavors of the beer. Grain whisky from Scotland will give some cotton candy/candy floss-type flavors, while Islay malt whisky will impart intense peat smoke flavors. Bourbon barrels are used once and then sold, which is a legal requirement for bourbon producers. As such, the oak impact is always huge on these barrels, and dark spice, vanilla and caramel flavors abound in bourbon barrel-aged beers.

What’s the average age of the barrels Stone uses? Is there such a thing as a barrel that is too old?

Too old? Depends on what you want to do with the barrel! If you want oak flavors, then yes, I wouldn’t use it for more than 15 years. For Brettanomyces re-fermentation in the barrel, you can use very old barrels. Legendary Belgian brewery Cantillon claims that some of the barrels in their aging program are 50 years old. We have nothing approaching that age, but it shows just how long a barrel can last if you take good care of it!