Let me tell you about this amazing, invigorating health drink known as craft beer. For decades, red wine has received nearly all the publicity when it comes to the health benefits of alcoholic beverages, but I’m here to tell you that craft beer has just as many, if not more, health benefits than vino rosso. Please follow along as I explain. 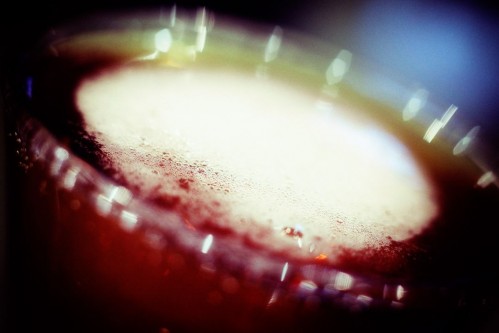 First, let’s get a couple of thing straight. We are talking craft beer here, not the fizzy yellow stuff—mainstream macro beers, American adjunct lagers, lawnmower beers or whatever else you want to call them. Sadly, those beers have had most everything about them that’s good for us removed (along with the flavor). Secondly, we’re not talking about bender and binge drinking. The health benefits of craft beer come into play when we consume in moderation. That means one-to-two beers per day for men and one beer per day for women. Conversely, overindulgence on a regular basis will not only negate craft beer’s health benefits, but create its own host of health issues. OK, with that out of the way, let’s get started. Fact, craft beer is fat-free. Admittedly, this is a bit of a lay-up, since all beer, wine and spirits are fat-free. So, let me dribble further from the basket and hoist up a lesser known and more impressive stat. Did you know that craft beer can be used as a recovery beverage after physical exertion? As soon as you are done with a workout, have a beer. Craft beer provides a quick means for replacing electrolytes while giving your muscles what they need to rebuild, something that’s especially beneficial for runners and cyclists. Additionally, studies show that consuming one to two beers per day can help decrease one’s chance of succumbing to blood clots by increasing HDL cholesterol (the “good” cholesterol) while lowering LDL levels (the “bad” stuff). These are the same blood clots that travel to the neck and brain and cause Ischemic Strokes. More than 100 studies also show that moderate drinking lowers the risk of heart attacks and death from cardiovascular disease by a whopping 25 to 40 percent. To be fair, wine is good for your heart…but beer is even better: A Harvard study of 70,000 women ages 25 to 40 found that moderate beer drinkers were less likely to develop high blood pressure (a major risk factor for heart attacks) than women who drank wine or spirits. Craft beer also contains high levels of silica, which is linked to bone health. A 2009 Tufts University study revealed that elderly test subjects who consumed craft beer in moderation on a daily basis had higher bone density than those who abstained. Even better, the beer style with the highest levels of silica was pale ale. Can I interest anyone in a Stone Pale Ale? 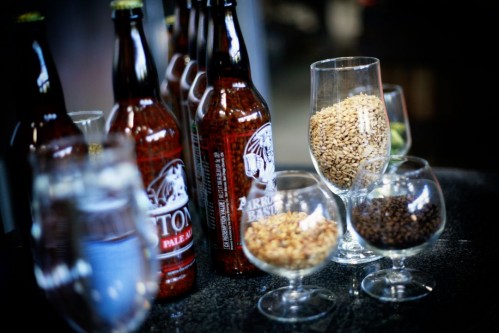 A study in Finland showed that men who drank a bottle of beer a day lowered their risk of developing kidney stones by 40 percent. Dehydration significantly increases one’s risk of developing kidney stones and beer’s high water content, as we can all attest, keeps kidneys working. It’s also speculated that the hops in beer help curb leaching of calcium from one’s bones, preventing such “lost” calcium from producing kidney stones. Other useful facts derived from various research endeavors include the results of a 2005 study tracking the health of 11,000 older women, which showed that moderate drinkers lowered their risk of mental decline by as much as 20 percent as compared to non-drinkers. A Dutch study performed at the TNO Nutrition and Food Research Institute found that craft beer drinkers had 30 percent higher levels of vitamin B6 in their blood than non-drinkers, and twice as much vitamin B6 as wine drinkers. (Quick Note: beer also contains vitamin B12 and folic acid.) And a 2011 Harvard study of 38,000 middle-aged men found that when those who only drank occasionally raised their alcohol intake to one to two beers per day, their risk of developing Type 2 Diabetes dropped by 25 percent, because alcohol increases insulin sensitivity, thus helping protect against diabetes. Beer can also decrease your risk of contracting cancer! Researchers theorize that beer’s sugars help block the carcinogens from forming. Thus, using beer as a marinade for your meat before you grill or pan-fry it has been shown to eliminate approximately 70% of the carcinogens. 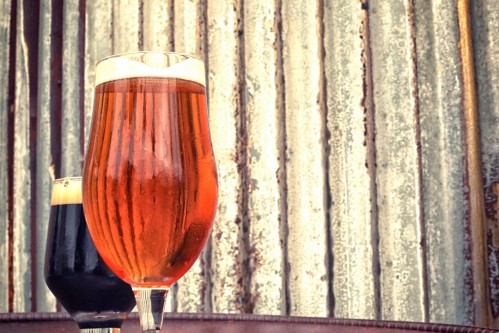 Then there’s polyphenols—precious antioxidants that are found in both barley and hops. So, what’s so great about antioxidants? They prevent chronic diseases, that’s what. Craft beer has the same amount of polyphenols as red wine but six times more than white wine. Bonus—the best beers for polyphenols are IPAs. (Like, say, Stone IPA, Stone Cali-Belgique IPA, Stone Ruination IPA, Stone RuinTen IPA or Stone Enjoy By IPA.) So does this mean that beer can help lengthen your life? Let’s see—decreased risk of heart disease, stroke, cancer, diabetes and plenty of other health scourges. I’m no doctor (wink), but it sure sounds like it to me. Bill Sysak, or as he’s more often referred to, “Dr. Bill,” is the Craft Beer Ambassador for Stone Brewing Co. “Dr.” Bill is a Certified Cicerone® and has proven expertise in selecting, acquiring and serving craft beers.  He received his nickname through his work as a combat medic in the military Army National Guard, and the moniker has stuck with him throughout his career in the craft beer industry. At Stone, he’s responsible for setting the beverage standard and ensuring the beverage philosophy is followed at all Stone Brewing Co. venues. “Dr.” Bill suggests the beer, wine and food pairings for the menus at the restaurant, and also coordinates and hosts many Stone Brewing World Bistro & Gardens events including: Beer & Cigar Dinners, Master Pairing events, Sour Fest, Oakquinox, Pour it Black and Rare Beer Breakfast.