We’ve had plenty of fan-favorite beers over the years, but few have garnered the cult-like adoration of this one. Stone The Notorious P.O.G. was originally brewed at our 10bbl Liberty Station brewhouse in San Diego, as a collaboration with comedian / actor Jonah Ray. It’s a tribute to the passion fruit, orange and guava juice (aka POG) he grew up drinking in Hawaii. This Berliner Weisse-style ale is loaded with the aforementioned trifecta of fresh, tropical fruits, making for a unique flavor that’s tart and refreshing yet deeply rich and complex. It’s as ridiculously tasty as it is deliciously unique.

Reason behind the name

This beer was first brewed with Jonah Ray for Hop-Con 4.0. It was such a hit that we decided to brew a limited amount again, and agian, and again (you get the point).  Jonah grew up playing POGs while he was living in Hawaii and drinking POG Juice so he wanted to create a beer with POG in mind. A very refreshing tart ale with plenty of fruit character. Passion fruit and guava intermingle with an intense orange punch. 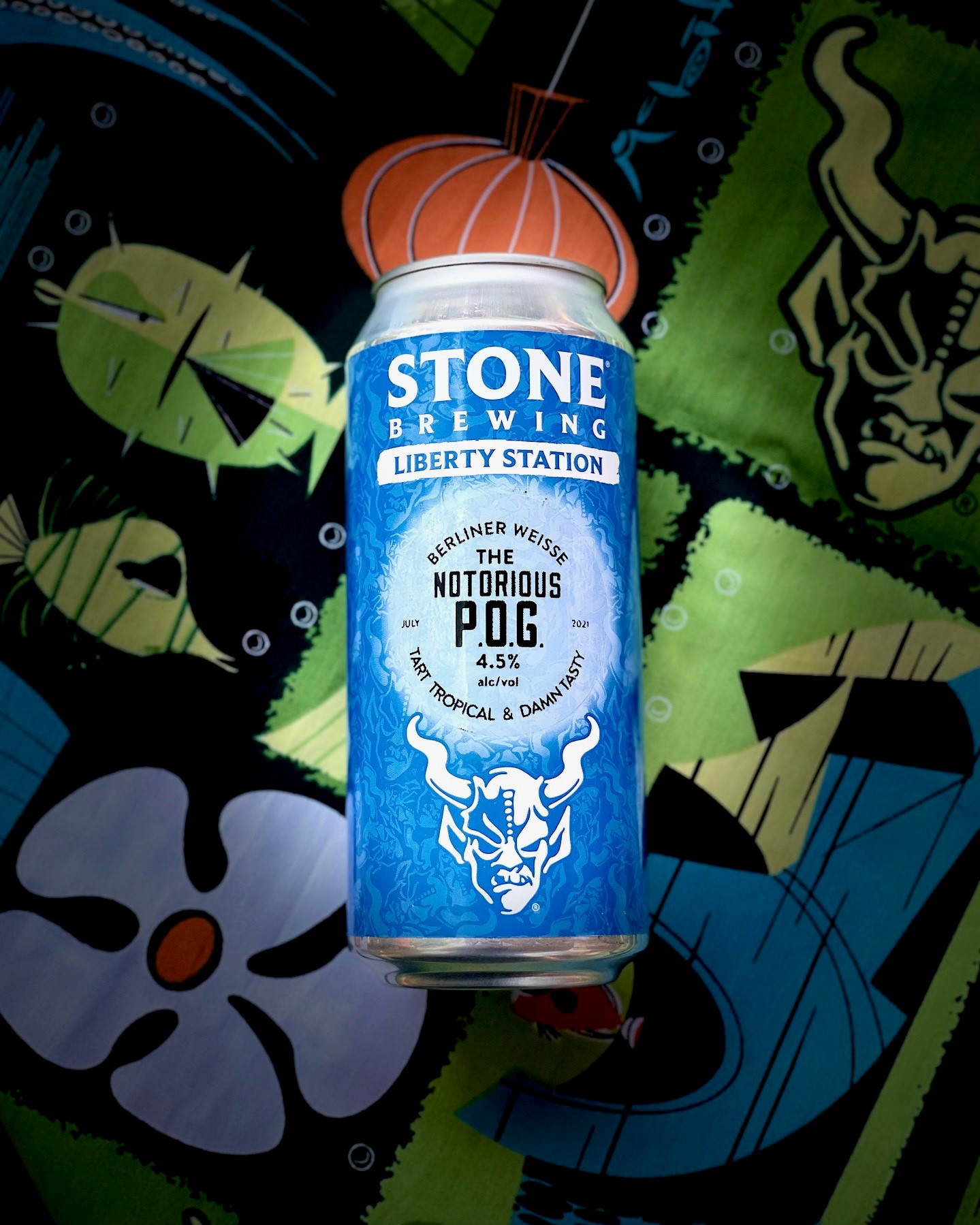